Three-quarters of Americans agree the country is facing a retirement crisis, making research around the topic more relevant than ever. We dug into the data on every angle of retirement and compiled the most important statistics below. Read on to learn about what today’s retirees face, from financial challenges to lifestyle decisions and more.

Does the chart below appear to be for a couple or an individual? If single, $100K / yr (for a couple) in retirement spending seems like a high hurdle to achieve. But wait... housing costs wouldn't double, would they for a couple? Are these studies forgetting that, in reality, many retirees have a wife, life partner, or family member that share many of these expenses. Also, some of these numbers are additive (take a look at telephones services...the subgroup costs add up to the bold number. The housing numbers don't add up...what gives? 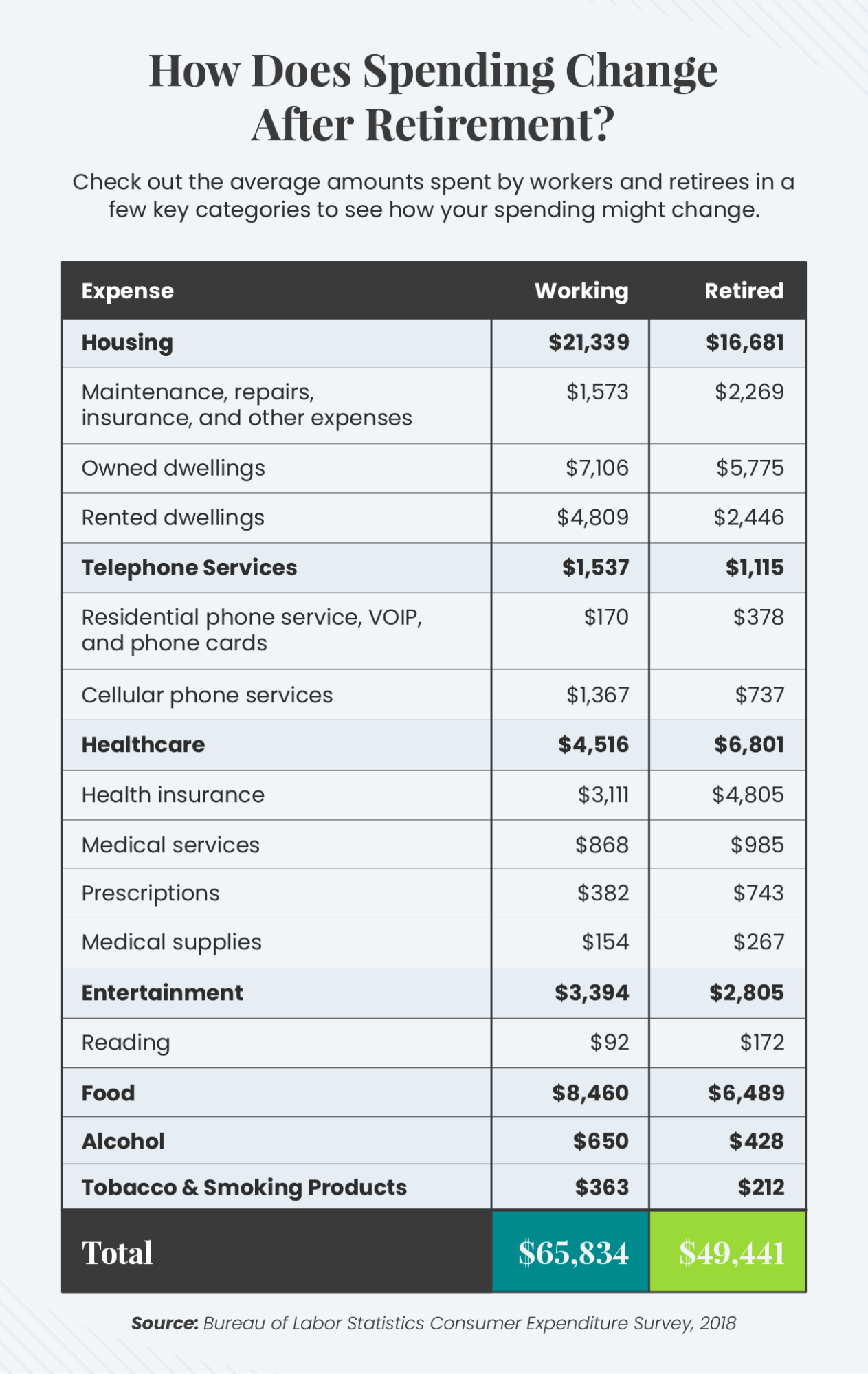