Matthews Asia Strategic Income Fund (MAINX) is a unique offering for US investors. While Morningstar identifies many emerging market and world bond funds in the fixed income category, only a handful truly focus on Asia. From its prospectus:

As shown in following table, the twelve Asian countries represented in the MAINX portfolio are mostly republics established since WWII and they have produced some of the world’s great companies, like Samsung and Toyota. Combined, they have ten times the population of the United States, greater overall GDP, 5.1% GDP annual growth (6.3% ex-Japan) or more than twice US growth, and less than one-third the external debt. (Hong Kong is an exception here, but presumably much of its external debt is attributable to its role as the region’s global financial center.) 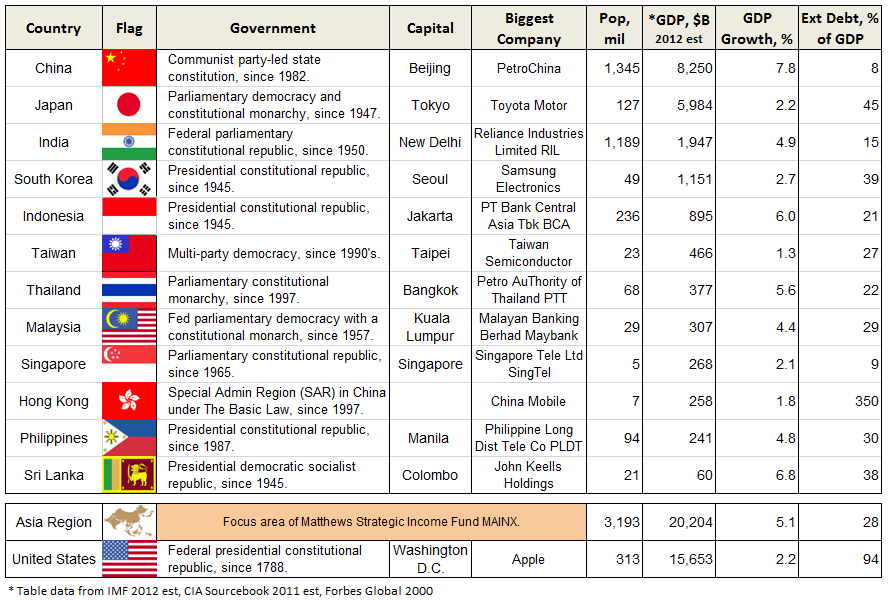 Very few fixed income fund portfolios match Matthews MAINX (or MINCX, its institutional equivalent), as summarized below. None of these alternatives hold stocks. 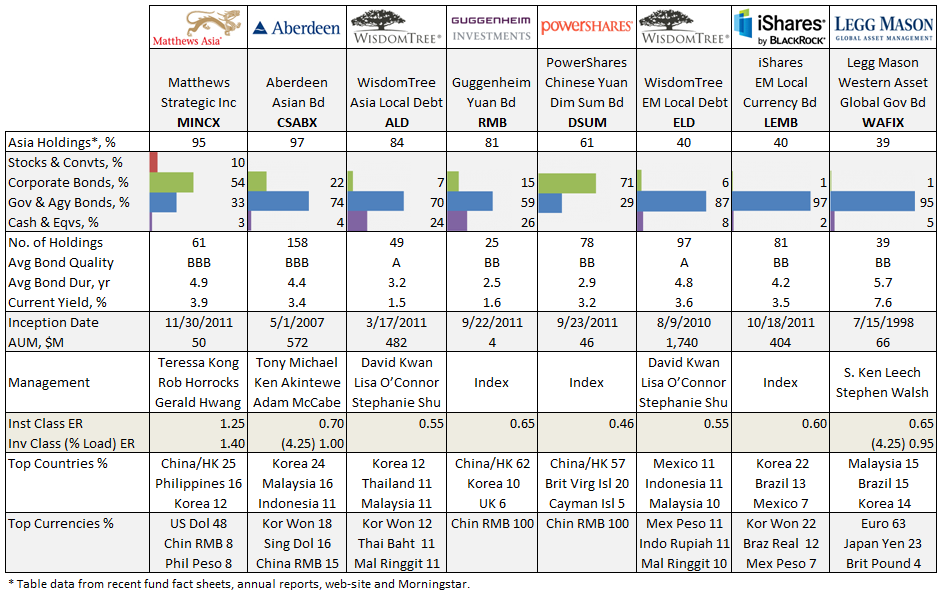 Matthews Strategic Income tops the list, though of course it is a young fund. Still, it maintains low down side volatility DSDEV and draw down (measured by Ulcer Index UI). Most of the offerings here are young. Legg Mason Western Asset Global Government Bond (WAFIX) is the oldest; however, last year it too changed its name, from Western Asset Non-U.S. Opportunity Bond Fund, with a change in investment strategy and benchmark.

Here’s look at relative time frame, since MAINX inception, for all funds listed: