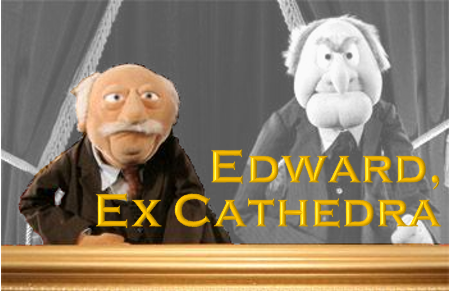 We can be certain of some things about Edward Studzinski. As an investor and co-manager of Oakmark Equity & Income(OAKBX), he was consistently successful in caring for other people’s money (as much as $17 billion of it), in part because he remained keenly aware that he was also caring for their futures. $10,000 entrusted to Edward and co-manager Clyde McGregor on the day Ed joined the fund (01 March 2000) would have grown to $27,750 on the day of his departure (31 December 2011). His average competitor (I’m purposefully avoiding “peer” as a misnomer) would have managed $13,900.

As a writer and thinker, he minced no words.

The Equity and Income Fund’s managers have both worked in the investment industry for many decades, so we both should be at the point in our careers where dubious financial-industry innovations no longer surprise us. Such an assumption, however, would be incorrect.

For the past few quarters we have repeatedly read that the daily outcomes in the securities markets are the result of the “Risk On/Risk Off” trade, wherein investors (sic?) react to the most recent news by buying equities/selling bonds (Risk On) or the reverse (Risk Off). As value investors we think this is pure nonsense.

Over the past two years, Ed and I have engaged in monthly conversations that I’ve found consistently provocative and information-rich. It’s clear that he’s been paying active attention for many years to contortions of his industry which he views with equal measures of disdain and alarm.

I’ve prevailed upon Ed to share a manager’s fuss and fulminations with us, as whim, wife and other obligations permit. We’re pleased to announce that we’ve collected his essays here.  We’ve dubbed it “Edward, Ex Cathedra,” since he, like the pontiff, speaks quietly but with unquestioned authority (on this point, Ms. Studzinski demurs).

A Fine Kettle of Fish

Between Scylla and Charybdis

“The predicament You find yourself […]

Which Way to Sherwood Forest?

Amateurs talk about strategy and […]

Another Year of Living Dangerously

The End of Many Eras

“Advertising is the rattling of […]

“Why shouldn’t things be largely […]

What We Do Not Know!

The Quality of Research

“Until life goes out Memory […]

An instance of an Inability […]

Democracy is grounded upon so […]

“A democracy is a government […]

Beginning of the End or End of the Beginning?

What Color Are the Swans?

“Bureaucracy is a giant mechanism […]

Ketchup is Ketchup, Mustard is Mustard

The typical American of today […]

“Life is a predicament which […]

The Year That Wasn’t!

Coal in Your Stocking

The Market at Ebb Tide

Consequences – Unintended or Not?

“If you attack stupidity you […]

Not in Kansas Anymore!

“Twenty years from now you […]

Active Value versus Indexation – Godzilla versus the Smog Monster

The surest way to corrupt […]

Rolling Down the Appian Way

It Was the Best of Times ……

“Maybe this world is another […]

“One for the Gipper”

Silence is the most perfect […]