“Life is a predicament which precedes death.”

After a year in which most investors saw unrealized losses in their fund investments due to a very volatile December, probably half of those unrealized losses have been made up through the end of January 2019. This reinforces again the value of being a long-term investor, when you are comfortable with the investment philosophy, strategy, and personnel implementing same at a fund.

But do you really know what is being done to execute investment strategy at your chosen fund or firm on a daily basis? I still remember hearing the story, which I hope was apocryphal, of the co-manager who was allegedly having a contretemps with one of his co-managers. Rather than endure the stress caused by meetings with the other co-manager to review investments and make portfolio decisions, he allegedly gave a list of equities he either wanted to buy or add to in his portion of the fund’s assets to his administrative assistant. He then told that person to just pick something on the list to buy for the fund when there was cash available to do it.

David Snowball had mentioned to me earlier in the month that there had been a perception amongst some of our readers that the fund managers of the world spent every waking moment sitting at their desks, staring at the portfolio and their Bloomberg terminals to try and come up with an enhancement to the investments that would improve performance. Nothing could be further from the truth, which is probably a good thing.

My experience has been that pretty much once you have created the portfolio and gotten it fully invested, less is more. Tinkering around the edges, at least for me, has generally resulted in a decrement to performance rather than an improvement. Which is not to say that in a period like December, when the market is effectively collapsing, you should not use the opportunity presented, as it was on December 24th to add to positions you really like. When the price declines are substantial, you have to be prepared and willing to act to add to positions. On occasion, you may even act to upgrade the portfolio when a security you have wanted to own finally becomes available at the bargain price you have wanted to pay for it, representing a real margin of safety. I recognize that it takes discipline and a strong stomach to do that, which is an argument in favor of active management.

The Federal Reserve did an about face this week on interest rates, electing to keep them steady rather than continue to raise them. The three or four rate increases we were anticipating this year will apparently not happen. We may, at best, see two. Neither Washington nor Wall Street had particularly liked interest rate increases. They have tended to exacerbate increased volatility in the markets. The increases in rates also made it clear, if they continued, that we would not be able to fund repayment of our debt as it matured. The increased interest rates would become a big drag on the Federal budget, while crowding out the availability of capital to other parts of the economy.

Was it a political decision to not raise rates this week? Of course. Likewise it was a political decision to keep them artificially depressed during the eight years of the Obama Presidency. As we watched the impact of the governmental shut-down this January on government workers, the question I kept asking myself was, what happened to the middle class in this country? Federal government jobs used to be considered good, stable, and relatively above-average paying jobs, the bedrock of the middle class. And yet we saw people who apparently live from paycheck to paycheck, and are barely able to stay even, let alone get ahead. The last month should have made it apparent to all but those living on Mars that there has been a hollowing out in our society. 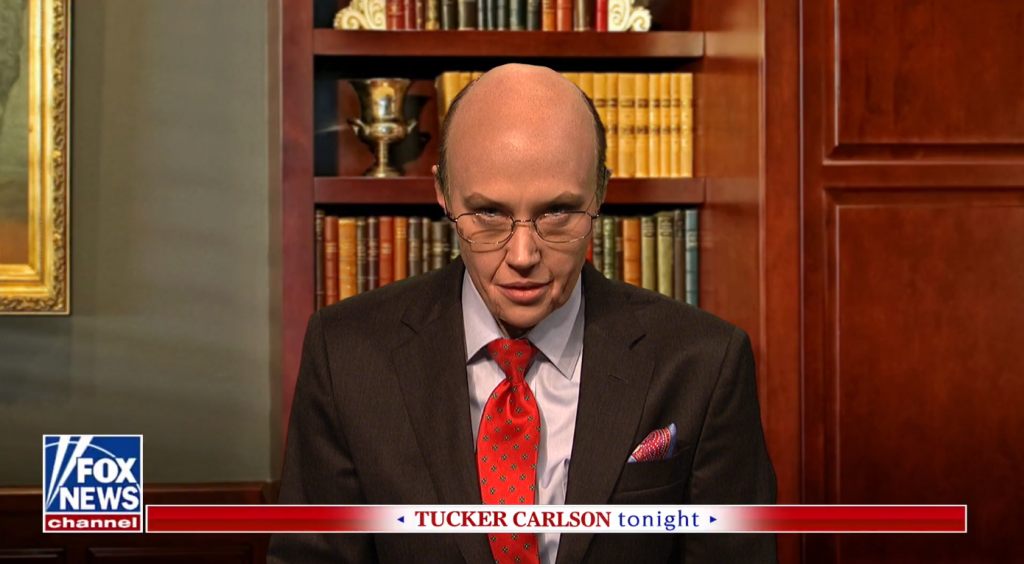 Those who have access to an on-demand feature on their cable network who did not see it should pull up the January 26, 2019 edition of Saturday Night Live, and watch Kate McKinnon’s satire of Commerce Secretary Wilbur Ross (Secretary Ross arrives at the 2:28 mark) and his “let them get loans” speech. The sad part about it was that it probably should not be considered a satire, as it pretty much represented a point of view had by Mr. Ross.

One rationale expressed by the Fed for keeping rates stable was that there are few if any signs of inflation in this country. My own application of the potato chip test would lead me to disagree. You used to be able to buy a one pound bag of potato chips for less than a dollar. Now, you are getting a ten ounce bag for somewhere between three and four dollars a bag. Those of you who do the grocery shopping will see similar examples of package shrinkage with price increases all throughout the exercise of a weekly shopping trip. My final comment in this regard will be that the only way for us to deal with the mountain of government debt at this point will be to inflate our way out of it. Think about your investments from that perspective.

So, what to do, what to do for this year going forward. First, equities over bonds. If you need fixed income, think stability. You can get 3% certificates of deposit for periods under two years currently. And if you want bonds, stay with maturities under three years. For those wanting income, dividend paying stocks are probably the way to go, especially since the dividends can increase. Given a choice between an equivalent yielding bond fund, and an equivalent yielding dividend paying stock, the stock should usually win all other things being equal (especially considering the risk of default or bankruptcy). Look at some of the variations in real estate available. I am not a fan of real estate investment trusts usually, as the managements tend to raise capital by issuing shares to buy more properties at peak real estate prices, thus diluting their investors. But there are exceptions to every generalization. And finally, when you are giving your moneys to managers, if you are using active managers, make sure they really are active rather than buy and hold closet indexers. Above all, put together a strategy and stick to it. And don’t panic, especially when you see everyone else panicking.