On December 31, 2018, FPA launched FPA Flexible Income Fund (FPFIX). The fund seeks to provide long-term total return, which includes income and capital appreciation, while considering capital preservation. This marks FPA’s first new bond fund since becoming adviser to FPA New Income (FPNIX) in 1984. Morningstar celebrates New Income for “a strong management, process, and risk/reward profile and has been a safe haven from losses and bond-market excess.” FPA hopes to leverage those virtues by applying them to a fund that has permission, but not the obligation, to follow a modestly more aggressive path.

FPA tends to be the home of absolute value investors. They are people who invest in securities that offer compelling risk-adjusted profiles; the mere fact that some security is “the best of a bad lot” does not, for them, warrant interest. That means that they’re often out-of-step with their nominal peers, that they have a tradition of holding cash when cash is the most prudent option, and that they dislike losing (your) money a lot more than they like making it. FPA New Income is the most conservative expression of that philosophy. Its goal is to provide a positive return in any given 12 month period. The data at MFO Premium shows that, over the past 20 years, the worst 12-month stretch for New Income saw a drawdown of just 0.3% and an average of +3.9%.

Ryan Leggio, one of FPA’s Partners and “a senior product specialist,” notes the problem with that goal: “If you believe that we do a good job at New Income, then we don’t have a 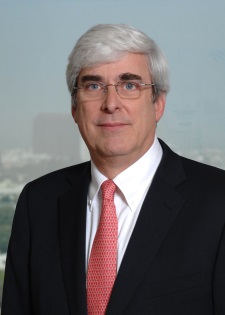 solution for a long-term fixed-income investor who isn’t concerned about losing money over a 12 month period.” There’s something like $6 billion in New Income, at least a chunk of which would be more-appropriately invested in a strategy with a longer horizon. Indeed, the flexible income strategy was seeded by a long-time investor in New Income for whom FPA subsequently created a separate account.

FPA partners Thomas Atteberry and Abhijeet (Abhi) Patwardhan manage both funds with the same investment philosophy, process and team. Morningstar describes Mr. Atteberry as “among the industry’s best” and Mr. Patwardhan as his successor. The managers, and other FPA professionals, are heavily invested in the strategy. 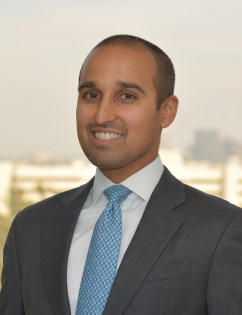 Including analysts, there are seven people in the team supporting the two funds.

The managers will have the freedom to invest a greater portion of the portfolio in high-yield securities (75%, rather than the 25% cap for New Income) and will target generating positive returns over a 36-month period (rather than the 12-month target for New Income). That having been said, they will not compromise their absolute value orientation or engage in the fruitless game of chasing yield. Mr. Leggio notes that the fund “may look very much like New Income for three to five years in a row if there are no compelling opportunities; this will not always be a riskier portfolio, we only take risk when we’re paid for it.”

Over the long-term, FPA hopes this strategy will beat inflation by 200 bps. The volatility would normally be higher than New Income’s but lower than a short-term high yield bond index. By way of illustration, Mr. Leggio notes that “in 2015-16, the short-term high yield index (1-5 year) saw a drawdown of 10%, New Income drew down 1%, and the credit-sensitive bonds in New Income – which would be more prominent in Flexible Income – were down a little over 3% before fees.”

This is a capacity-constrained strategy. FPA estimates that they can manage, given current conditions and constraints, about $12 billion between the two iterations of their strategy. Currently they have about $7 billion invested.

The fund carries a $100,000 minimum initial investment and expenses of 0.39% (after waivers for 2019). The fund is available for purchase through 10 brokerages, including major platforms such as Fidelity and TD Ameritrade. There is no guarantee that a lower investment minimum option will be available, but it wouldn’t be surprising either.

Bottom Line: Fixed income investors need to take this opportunity seriously. Headwinds are rising in the bond markets, and pursuing respectable returns with muted risks will require discipline, flexibility and experience in weathering the storm. Mr. Atteberry brings that to the table; he and his co-managers have produced some of the industry’s highest Sharpe ratios over the years. While FPA doesn’t seek to maximize short-term returns, they do have an exceptional record of getting it consistently right for their investors.