The Romans had a maxim, “Shorten your weapons and lengthen your frontiers.” But our maxim seems to be, “Diminish your weapons and increase your obligations.” Aye, and diminish the weapons of your friends.

Winston S. Churchill, speech to the House of Commons, 14 March 1934

There has been a lot of discussion in recent months about the Kraft Heinz debacle. Much of it is around the assumptions by Warren Buffett that consumers would return to their habits of forty or fifty years ago and purchase Heinz ketchup, mustard, or relish to slather on their hot dogs and hamburgers. As demographics, consumer tastes, and spending habits have changed, we are as likely to see condiments such as chutney, fish sauce or sriracha sauce used as often as not. And if there are brands involved, they are as often as not transnational rather than American. Often as well, they are private label.

Recently I was in New York, having dinner with a fund manager. The discussion was around his efforts to come up with new product and build-out his brand. He indicated that people like him have a choice. They could either have a product (fund) built around a star manager, who in effect becomes the brand. Alternatively, rather than being built around a star manager, the various funds (products) are built around a process. On the one hand you are building a business, the foundation of which is built on a guru. Alternatively, you are building the business and products on a process, where no one individual is essential to the investment selection, execution, and returns.

Fidelity built its reputation on star managers – a Peter Lynch, a George Noble, a Beth Terrana – all of whom were superb managers. The problem came when they elected to retire or move on to other things. Now, with a few exceptions, Fidelity builds its products around process and a very talented group of managers and analysts. Marketing campaigns are not built around individuals. Vanguard had a similar problem when its reputation as an active manager was tied to John Neff at Windsor Fund (1964-1995). Then Neff’s performance went cold and he ultimately retired. Which resulted in problems, problems, and problems. Vanguard has solved the problem with a slew of low cost index funds. Their active funds generally divide portfolio management among two or more firms. It is impossible from the outside to come up with performance attribution for the different managers. You have no way of knowing whether the group of managers are additive, offset one another, or all have negative performance.

As is generally true with branded consumer products, branded index funds such as Fidelity’s or Vanguard’s, although generic products, are not going to have the firm names on them if they are crap. There are standards that will be met, as to back office, trading, and reporting. You will get something that in terms of process you can rely on, especially given that there will be no skimping that would cause reputational risk.

The issue these days comes with actively managed funds. What does it really cost to manage a fund? What does the research cost to perform, especially if you hold yourself out as only doing your own research? Does it cost more to research and invest for an international or emerging markets fund? Do the reporting, currency, compliance, and tax questions cost more? And here is where the 3G – Kraft Heinz analogy comes into play. Where do you take out costs as an active manager to remain competitive in fees and expense ratios? How do you deal with personnel costs? Do you take a Money Ball approach a la Michael Lewis’ book about the Oakland Athletics and turn over personnel regularly to bring costs down? Or is there a chemistry among people that makes a difference?

It is hard to figure that out from the outside. Years ago, after they had been acquired by Franklin, a former analyst at Mutual Shares explained to me that the firm kept tweaking analyst personnel to see if (a) it made a difference in performance and (b) the outside world would notice. You may draw your own conclusions at this point, but I would also suggest that generational shifts would have ultimately made a difference regardless.

I really don’t have an answer to these questions, but I think they are worth thinking about, both for individuals and for institutional investors. For individuals, unless there is some thrill of the chase that you live for (and do not put a money value on your time), researching active managers may prove both cathartic and possibly rewarding. For those not so inclined, especially for 401(k) or other retirement moneys where you should make the investment and leave it alone to compound, given a ten year or more time horizon, a product such as the Vanguard Balanced Index Fund, with its automatic rebalancing and quarterly income distributions may make the most sense from a cost and efficiency point of view. Alternatively, especially since life expectancy in this country keeps lengthening, eschew the target date funds and find a relatively low cost, actively managed balanced fund such as Dodge and Cox Balanced, where you have a real (as opposed to make believe) equity research team and managers, and a real (also as opposed to make believe) fixed income research team and managers. And avoid fund groups that are subsidiaries of large asset gathering organizations. 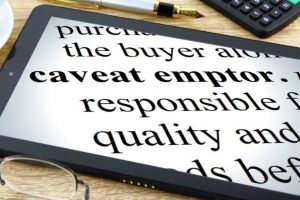 And understand something that is too often not emphasized enough. Or it is glossed over. Your mutual fund manager and his firm are in business to make money, first for themselves. The fund is a product. You are the consumers. As consumers, you should feel free to pull your money and go elsewhere if the product changes in ways you don’t understand, is cheapened, or does not meet your goals, objectives, and expectations. Loyalty is not a two-way street in the investment world. It is strictly buyer beware.