“Look straight ahead. What’s there?

If you see it as it is

you will never err.”

Today we have little if any clarity as to where we are going with regards to the markets and the economy. We simply do not know, never having been here before. Much depends on when the numbers of people testing positive for COVID-19 peak and begin to trend downwards, as they seem to be doing now in Italy and South Korea. These are countries where one can have some degree of confidence in the numbers being presented. Italy, for instance, has been categorizing the deaths to distinguish between those who died with COVID-19 but had some other terminal illness and those who died because of COVID-19. And they factor in the ages of the deceased, as well as where they lived. This is important since the air quality in northern Italy, the industrial north, where the greatest number of deaths has been, was reportedly worse than any other part of the country.

With greater testing, we will also learn the numbers of people who have had the virus and recovered from it, and what degree of immunity that has conferred to them. For if nothing else, we need to think about whether, as with the annual flu season (which is another virus), COVID-19 will mutate and return at a later date.

That said, I remain optimistic that we will get through this. After all, the greatest minds in medical science around the world are working on this. They want to find a treatment that may lessen the severity of the illness, to find a possible vaccine, to improve our ability to rapidly test large segments of the population, and to get the response rates of testing equally as quickly. We will also relearn the value of redundancy in supply chains and in other things. There was, after all, a reason why warships used to be built with multiple engine rooms to provide increased survivability and mobility. And as well, we will relearn the importance of triage philosophy, that is decisions that must be made by medical personnel (not politicians) to achieve the greatest good for the greatest number.

BUT WHAT ABOUT MY PORTFOLIO?

David Snowball and I have spoken ad nauseam here in the past about the problems of illiquidity in some parts of the marketplace, as well as the exacerbation of those problems by investment vehicles such as exchange-traded funds. Enough said.

But why has the carnage been so widespread and immediate? My first thought is that a lot of it has to do with the widespread shift to passive investing in the last few years, with more financial assets being invested in index funds than in products or accounts run by active managers. Last year, the percentage exceeded fifty percent in those passive products. When an individual or institutional account decided to exit their investments, stocks or bonds, an entire basket of securities had to be sold. The basket was not necessarily the most liquid, nor the securities with any other special factors. It was just that the entire basket of those securities had to be sold. And if you multiply that by many thousands of investors, both institutional and individual, you will have a greater appreciation as to why we have seen the waterfall effect we have for most of March. And we will most likely continue to see the same going forward.

But I am a long-term investor you say, and my mutual funds have outperformed for me over many years. I think the question here is going to be the quality and discipline of your investment managers, and what their priorities were and are, and, the quality and discipline of your fellow investors. As we mentioned in the past, the no-load mutual fund is an open-ended vehicle of unlimited duration. So people can call and redeem unless one of the conditions arises that allows the managers to limit or suspend redemptions, all outlined in the prospectus or statement of additional information, which I am sure all of you have read and committed to memory.

You have absolutely no control over what your fellow investors are doing or are going to do in a mutual fund. And if their time horizon is now shorter than they thought it was, or they don’t really understand their investments, then they will redeem and your manager will have to continue to raise cash to meet the redemptions, selling what can be sold, most likely in a down market. And this will happen with managers who are doing either absolutely or relatively well compared to others. There will be investors who will say, “We’re flat or we’re only down 5%, let’s get our money while we can.”

Which brings me back again to the subject of closed-end funds, some of which go back to and have been around since the Depression. With a fixed capital structure, the manager(s) have no redemptions to meet. They can continue to invest in the portfolio without having to worry about unplanned for calls on cash. And yes, while the shares trade with the market, at this point you are looking at them often selling at discounts to the net asset value of the portfolio. If the market price of the fund is at a 20% discount to net asset value, you are getting a much bigger bang for your buck. And you will not be having to worry about the irrational responses of your fellow investors, except to the extent they may sell their shares in the market and create a bigger discount to net asset value.

And finally, there are the not very transparent, disguised, closed-end funds trading in the market, the most well-known of which is Berkshire Hathaway, the Warren Buffett vehicle. In January and February Buffett was being criticized for not investing the billions of dollars of cash he was sitting on. The arguments from the financial talking heads were that he should either pay up for something, buy back stock, or pay a special dividend. At the time he did nothing that we know of. Those billions of dollars of cash look pretty good now. We shall see what comes out at the other end of this (and by way of disclosure, I have been an investor in Berkshire since the early 1980s).

BUYING ON THE DIP

Buying on market declines was a favored strategy during the long bull market. We are in a bear market now. We do not know how long it will last. The best analogy I can come up with is the beginning of World War One, which started in August of 1914. The British, the French, and the Germans all thought the war would be over by Christmas of 1914. We saw how that turned out. 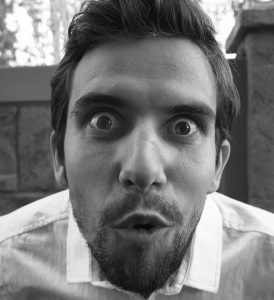 I have been told several times over the last year by active managers I know that the crop of analysts they presently have are the best analysts they have ever had. Unfortunately, to go back to my analogy, most of them have not been shot at before, that is, they have never been in a bear market. So as the days go by, they find themselves staring at the vast swaths of red on their Bloomberg terminals, frozen in place, with anything they recommend in equities or fixed income, working at best for a few days.

They find themselves in the equivalent of the Battle of the Somme.

Sadly, in the short term, it will not get better. And there will be unintended consequences on many sectors of the economy such as real estate, moving companies, automobile companies, apparel, insurance, retailers, restaurants, family businesses such as dog groomers, cleaning services, hairdressers and manicurists. I think one needs to ponder very carefully one’s risk tolerances and what one wants to put at risk (although risk may end up being defined somewhat more broadly than it has in the past), and over what time horizon.

For some years it has been difficult to make a strong argument for fixed income, given that with minimal or no interest rates, you were not being compensated for the possibility of a quick rise in rates. And this leaves aside the question of erosion of purchasing power since it is quite clear we have had inflation in recent years, notwithstanding the efforts of the political class to conceal it. The scenario is even worse for those invested in bonds with a negative yield. At the same time, equities were, depending on the industry, somewhat to very overvalued. Now, on a broad basis, things are somewhat more reasonably priced. Put differently, there are things to look at. But at the same time, as we see with the beginnings of bankruptcy filings for companies in industries with leveraged business models where cash flow has evaporated, what you see may not be what you are getting.

I am going to use another Draconian analogy. I think one needs to think in terms of a barbell asset allocation strategy at this point, with cash and equities. Are we going to face hyperinflation in the future or a deflationary world? I don’t know. I do know that I don’t want to have anything really in bonds, other than short-term ones that are “money good” as they say. In terms of equities, they need to be sustainable business models with little or no leverage, and cash flow that continues regardless. 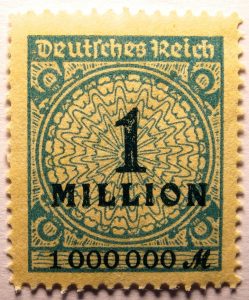 In closing, I am going to leave you with another historical analogy. In terms of thinking about where we are, with massive running of the currency printing presses around the world, and governments buying every kind of bond in sight to keep the capital markets from freezing up, you need to think about the post-World War One period. Specifically, look at those people who had wealth and investments going into the Weimar Republic in Germany. Then look at those people who still had wealth and investments coming out of the Weimar Republic. And draw your conclusions accordingly.