One Rock Fund (ONERX) launched on March 6, 2020, the only public offering by – and only client of – Wrona Investment Management of Pinehurst, NC.

One Rock will invest in the stocks of corporations with “business momentum.” Here’s a description of the investment process:

a bottom-up, fundamental research approach to each company and industry with a technical analysis overlay to gain a better understanding of investor sentiment and potential future risks. The Adviser expects that many, or possibly all, of these companies, will be in the technology sector and exhibit strong growth in revenues, earnings and/or cash flows, although significant investments may also be made in other sectors.

The manager might also seek to exploit short-term opportunities created by what he perceives to be market overreactions to corporate or headline-driven events. The portfolio will be focused, likely on 15-30 stocks. The stocks will be traded in the US, but the firms might be domiciled here, or in developed or developing foreign markets.

As a volatility-control measure, the manager can use covered calls or covered puts, which he sees as being less risky than a pure long or pure short position on any of his stocks. He also has the flexibility to hedge overall market exposure.

The manager will not intentionally invest in firms involved in “production or wholesale distribution of alcohol, tobacco, vaping equipment, gambling equipment, gambling enterprises, pornography, or which provide products or services that do not allow the right to life at all stages” but might have unintentional exposure to the extent that he uses index futures in the portfolio.

When we first wrote about the fund, when it was just a fund in registration with the Securities and Exchange Commission, we summarized it this way.

The plan is to trust the manager: non-diversified, momentum, tech-heavy, stocks, options, futures, shorting, with the prospect for investing in “short-term opportunistic situations.”

If Jeff’s name is familiar to you, you’ve either got a long record as an investor and a good memory, or you’re a market historian.

For personal reasons, he left PBHG and the world of professional investment management in 2001. Life got rocky, then life got better.

Because the manager’s idiosyncratic judgment is so central to One Rock’s prospects, we spoke with Jeff for a while on March 30, 2020. Highlights of that conversation are: 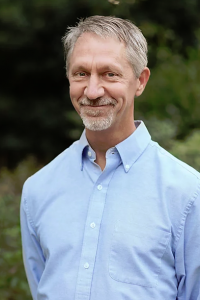 Prospective investors should imagine the core of the portfolio as focused, long-only, technology-centered. In reality the portfolio will likely be more nuanced and complex, but that’s the heart of it.

Prospective investors need to understand what Jeff means by “momentum.” He focuses on the momentum of the underlying business, not the momentum of their stocks. Part of the portfolio’s emphasis on tech reflected the fact that those firms are over-represented in the universe of high-momentum firms. Momentum is a short-term phenomenon, so he’s focusing on how the business has done relative to one, two or three months ago.

The underlying discipline grows out of the approach he used two decades ago at PBHG but the “grows out” is an important qualifier. “Investing was my job back then and there were rules I had to play by: be in a certain box, 90-100% invested at all times, long-only portfolio. The last 18 years have been different: I needed to pay bills and live off the portfolio. That changes your perspective from beating a benchmark to supporting a family. That’s made me more valuation sensitive. While high-valuation stocks will have a place in the portfolio, I wouldn’t expect that the whole portfolio to ever again be comprised solely of such stocks.”

Given the availability of options and futures, the portfolio might not be fully exposed to the market at any given moment. While he has trouble imagining a world in which his market exposure is under 50%, he can imagine exposures in the 70-100% range. Still, a NASDAQ-like volatility would be reasonable to expect.

On whole, the fund is probably better held in a tax-sheltered account. This has traditionally been a fairly high turnover, though rewarding, discipline. That means that many of the fund’s gains will be taxed at the higher short-term capital gain rates. That said, he and his wife have shares of the account held in both tax-sheltered and regular accounts.

Did F. Scott Fitzgerald write, “there are no second acts in American lives”? He did, sort of. It appears in the handwritten notes for a novel published in 1941, after his death. But Fitzgerald was, at base, an optimist. That attitude is better conveyed by his first and polished use of the phrase. In “My Lost City” (1932), Fitzgerald writes, “I once thought that there were no second acts in American lives, but there was certainly to be a second act to New York’s boom days.” After 18 years away, Jeff Wrona seems intent to demonstrate that the original Fitzgerald was the truer Fitzgerald. One wishes him well at the attempt.

The fund’s expense ratio is capped at 1.75%, The initial investment minimum is $2,000. It is available for purchase direct from the adviser.