Some years back my colleague Clyde McGregor and I used to have philosophical discussions about the market positioning of our fund, the Oakmark Equity and Income Fund (OAKBX), vis-à-vis our competitors. And while some of our focus was on fees, most of the discussions would center on either security selection or, alternatively, asset allocation. Neither one of us had any interest in pretending to be active managers while running a closet index fund. That was a relatively easy hurdle to clear, as the equity portfolio was built from the bottom up by selecting the most undervalued securities. That might and did on occasion result in portfolios that looked nothing like any of our competitors. If valuation led to us owning five aerospace and defense names, or three real estate operating companies, so be it. And we were not averse to owning large positions relative to the outstanding float of the capitalization of a company. Illiquidity for us was an opportunity, which we were able to take advantage of by having a large fixed income portfolio of extremely liquid government securities. And lastly, the consultants and intermediaries (are they the real clients) had not as yet become such a potent influence in tangentially impacting both marketing and investment decisions as they appear to today.

Oakmark Equity and Income (blue) and its peers, in The Age of Ed (and Clyde)

Put succinctly, I would be hard-pressed to achieve the kind of performance record that we did in those days. Another of my former colleagues put it somewhat differently to me this week. The quantitative inputs into security selection are better than they ever have been, but that has not necessarily led to better qualitative decisions and performance. Outperforming a benchmark or index has become increasingly difficult, perhaps more difficult than anticipated even just a few years ago.

But what really has changed? Well, one thing that has changed has been the shift of assets from active management into passive, in effect locking up large portions of the market into portfolios that generally do not move about. So should Clyde and most other active managers today, especially in the value camp, go out and slit their wrists? Probably not. 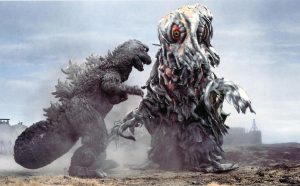 I commend to you all a talk given by Steven Bregman of Horizon Kinetics entitled “Active Value Managers, Stay the Course!” (click on the “download the PowerPoint” link). Bregman raises the question as to whether over the last several years, given the underperformance of most value managers (and he includes data for nine of them), the active value manager is the anomaly. OR, is it the market, namely the S&P 500. He makes the point that, based on the 10-year average earnings measure, in May 2018 the S&P 500 trades at 33X earnings, which has been exceeded only one time before, in 2000 at the Internet Bubble peak. Bregman also makes the point that for the first time in 50 years stock and bond yields are converging. Artificially low interest rates (thank you, Janet Yellen) have pushed people to seek yield (income) at any cost, without truly understanding the risk they are taking on. To compare valuations and, by extension risks, on stocks to those on bonds, you would divide 1 by the percentage yield. So, a 3% yield on a real estate investment trust (REIT) index is equal to 1 divided by 0.03 or a p/e of 33X. And in a table, Bregman compares a number of fixed income investments, such as the Netflix B1 9-year note yielding 5.3% as opposed to the KazMunay Gaz 9-year note in Kazakhstan yielding 5%. What is the risky investment for which you are truly being compensated?

This is however not the meat of the presentation (nor the scariest part). Arguably, people would buy the iShares U.S. Energy ETF for diversification, and to avoid manager risk. Yet in seeking what they thought was diversification, investors (and/or advisors) have taken on more risk, since the top four holdings (Exxon, Chevron, Schlumberger, and ConocoPhillips) in that ETF are 48.5% of the fund.

An underappreciated corollary of all of this – in search of diversification, investment moneys have been channeled into the most liquid of securities. Bregman’s conclusion is that this alters correlation statistics as well as risk statistics. Bregman believes that the returns smooth out over time. Differences in returns on ETF’s are the result of differences in starting dates for a fund or ETF, rather than in the nature and differences in the company components going into the fund.

Bregman would say that the price discovery mechanism has been eliminated (what I would call the market inefficiencies in discovering an undervalued equity situation). Specifically, “The result of indexation over the long term is that large cap liquid shares, and even small cap liquid shares, especially those that pay substantive dividends, primarily reflect central bank policies, rather than fundamental business conditions, even over the long term.” Bregman then goes on to highlight the problem of the “automatic bid” in basket case investing by contrasting the Coca Cola of 1975 at 18.3X earnings and 21.95% eps growth versus the Coca Cola of 2015 at 20.98X earnings and a growth rate of -1.96% eps and -3.81% in revenues.

So how to keep from becoming a lemming? What’s the solution to avoid going off the cliff? Small capitalization stocks (less than $2B market cap) used to be an alternative, but at only 4.6% of the total market, they are not an investable alternative for institutions. Likewise, real estate in the U.S. should also be an alternative, but with publicly-traded real estate near all-time highs, at roughly 4% of the stock market, it is not an investable option either.

If you want to outperform the index, your investing must take place away from indexation. One must be prepared to be in the small minority of those thinking outside the box. Said differently, trading liquidity now drives the stock selection process. And there is a direct correlation between liquidity, demand, and resulting valuation. And a willingness to take on more illiquidity can give you access to more undervaluation and hence optionality. Alternatively, if you are happy with equity returns as represented by a particular index or set of indices, invest accordingly and, given a sufficient time-horizon, leave your investments on auto-pilot.

I strongly recommend that you spend some time on the Horizon Kinetics website. Make your way through their presentations and talks. They also have a series of mutual funds – read the annual and semi-annual reports and see how they execute their strategies. Besides the Steven Bregman talk I refer to above, I also commend to you Murray Stahl’s presentation/talk to the CFA Society of New York at their Peak Passive Conference entitled “The Hidden Costs of Passive Investing.” 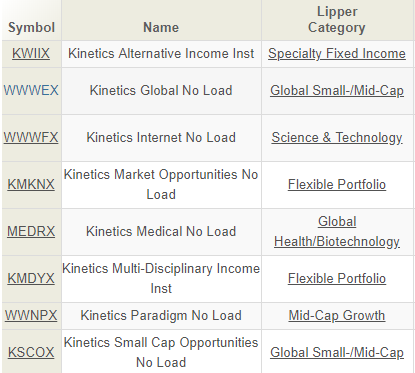 There are those of you who will be skeptical about this approach involving illiquidity and the difficulties in replication. For a live example, I suggest you also go to the American Association of Individual Investors and look at the historical data surrounding their Shadow Stock Portfolio.