Augustana just launched another flight of cheerful, broadly-educated graduates in your direction. Don’t worry too much: it’s the 158th time we’ve done it. 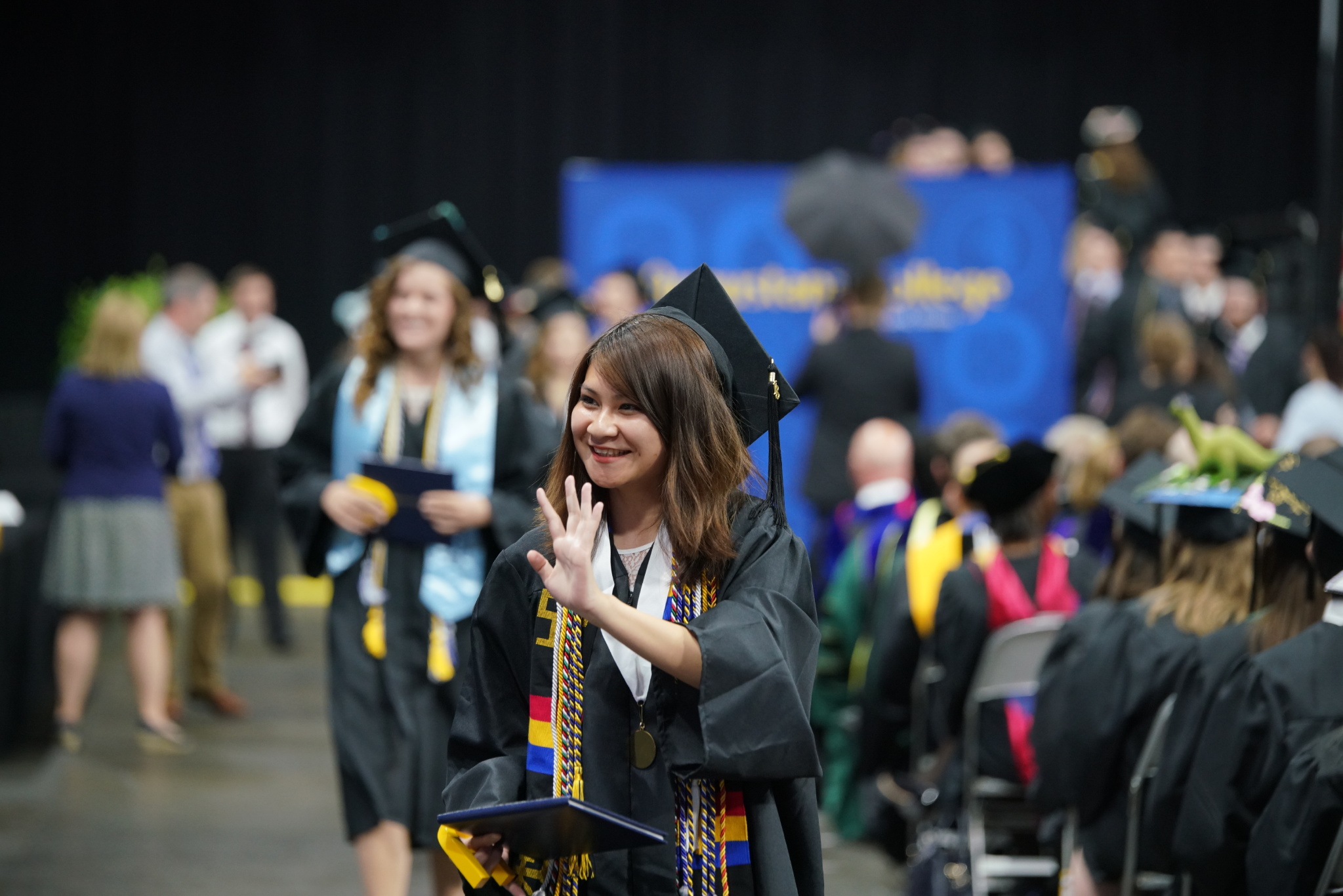 They’re good kids, smart, ambitious, generous and worldly in ways I surely was not. On several occasions they’ve set aside their cellphones and, on many, they listened. I taught a fair number of them, but wish that I’d had more of a chance just to talk with them.

Our commencement speaker withdrew, for reasons both valid and sad, at the last minute. Our president tried valiantly to fill in for her but, well, he’s trained as an accountant and a lawyer; his celebratory oratory sounds a lot like what you’d hear from a lawyerly accountant. As he spoke, I drifted and imagined what I might say had I been pressed into service.

We knew you could. We watched you grow.

And, we must watch you go. It’s our fate.

Your fate is to enter a world sorely tested, if not quite broken. It’s a parlous place. One by one, civilized nations have surrendered to leadership the like of which we haven’t seen since the desperate years of the Great Depression.  We’ve somehow convinced ourselves that the one valid response to ideas you don’t like is loathing the people who hold them. The safety of two dozen schools has been shattered by gunfire already this year. Our green home is wrought with increasingly violent weather that the fools deny and the humble say, “but what can you do?”

I am a historian by training, an optimist by nature and a conservative by inclination. Together, those lead me to share two happier thoughts with you. First, it has always been so. Any reasonably vigilant person, at any point in the past 3000 years, could easily surrender to the impulse to declare, “it was the worst of times, it was the worst of times.” Rampaging dinosaurs, rampaging Huns, rampaging Vikings, the Black Death, the 40,000,000 deaths in the 1918 influenza epidemic, Hitler, Stalin, Mao, the designated hitter rule … the world always seems one small step from the abyss. Second, you have more allies than you can imagine. It is our nature to notice the noisy few who would divide us, the shriekers spewing their vitriol. It is rather harder to notice the rest of us. We are not nearly as sure of anything as they are of everything but still we try to do right. We welcome our neighbors, more than fear them. We know the climate is changing, look for ways to be good stewards of the land, and good members of the community. We agree on a surprising lot of things – the protection of Dreamers, the value of immigration, the rejection of extremism, respect for all people – but somehow we don’t get around to comparing our views. We’re puzzled by some of our friends’ weird beliefs, but we have them over for hot dogs and beer anyway.

Go happily, for you are loved.

Go bravely, you carry our hopes with you.

Go boldly, you carry the future of us all with you.

At the very least, it’s just 394 words long. A commencement speech, done in under four minutes. I rock!

Thanks, as ever, for your support.

I’d like to urge you to consider a tax-deductible contribution of the Observer. If you choose to contribute $100 or more, you’ll gain access to MFO Premium. That does two things: (1) it keeps the lights on here and (2) it gives you access to about $10,000 worth of tools and data. You can contribute either through PayPal (that’s the link over on the right side of this page) or you can go directly to MFO Premium. If you’d like to gain MFO Premium access, please use the MFO Premium link rather than PayPal. The reason’s simple: the process of getting you access to MFO Premium is much swifter and more automated if you use that link. Either way works, but there’s a bit more delay if things work through PayPal then we need to manually set up an account.

Thanks, as ever, to The Shadow for his ceaseless review of the SEC’s entrails. By way of example, here’s the list of fund developments he highlighted from just the past week’s SEC filings. 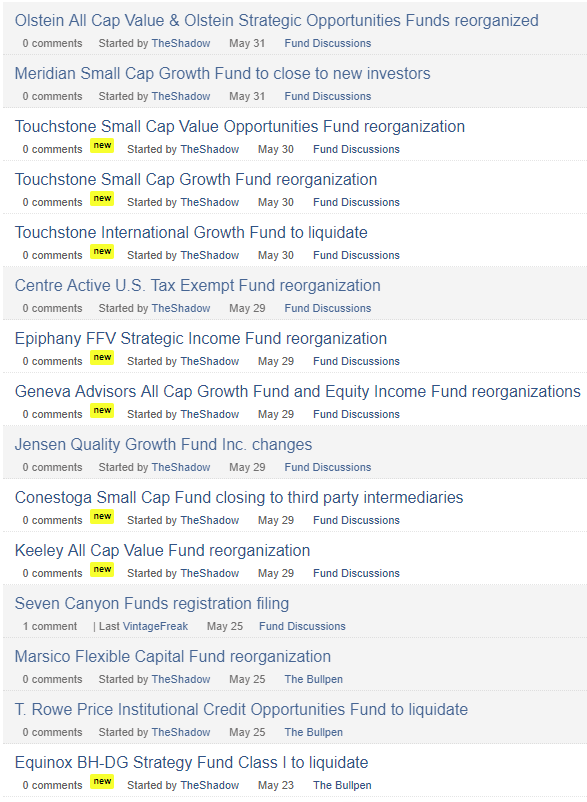 Thanks to the good-spirited crew on the discussion board, and to the folks who’ve joined the board just this month: dczaplicki, DavidK44, Jimbo, Bobby, young, john N, rabockma1 and georgelively. I hope your stay is a good one.

Take care! Track us down at Morningstar if you’re able, peer in at the mid-conference posts on the discussion board if you’re not. Regardless, we’ll be back soon.