You may not know it. You may not want to admit it. But you’d certainly be running one.

How do I know? Because managed futures funds operate exactly the way you do. Managed futures funds are momentum investors; they choose some number of asset classes (US stocks, currencies, EM bonds, commodities, whatever) to include in their portfolios. They then invest in the asset classes that show the greatest upward momentum, avoid assets that are drifting, and short those that are falling. You could also imagine a control panel with eight toggle switches, one for each asset class, and three positions for each switch (positive, neutral, negative). Managers look at relative strength data and might flip three switches up and three switches down. 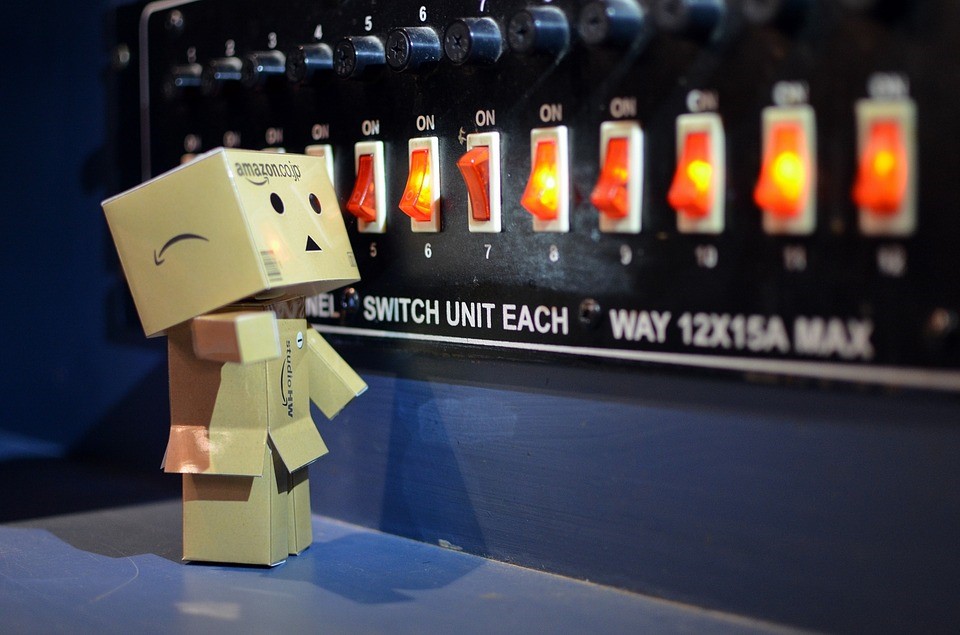 Voila! You bet on the winners and against the losers, and rake in the profits. You also block out the gloomy Guses who ask questions like, “wouldn’t you call that a ‘buy high and pray you can sell even higher’ game? They’re old and spend entirely too much time worrying about state of their bowel movements.

In a 2014 interview with Morningstar, Mike Harris, a hedge fund manager whose firm launched Equinox Campbell Strategy (EBSAX) explains the appeal of the strategy.

A managed futures fund is a liquid alternative investment that really helps to smooth the ride in the portfolio because of the uncorrelated nature of the returns, particularly to traditional assets like stocks and bonds.

Oftentimes we tell people that some of the benefits of managed futures is that it’s actively managed, which means it doesn’t have a bias to be long-only like many products in investors’ portfolios. It can effectively make money in both rising and falling markets from its ability to be both long and short. Oftentimes it’s traded in a systematic fashion. So, we’re using models to trade the markets, and we’re using science and data to back-test those returns.

To conventional investors, people who think high prices and high instability are bad, it hardly seems prudent to have many switches set to “risk on.” It is, however, behavior we’ve see before … mostly notably in 2007. Back then, the institutional investor Grantham, Mayo, van Otterloo graphed the unconventional risk-reward tradeoff:

They point out the obvious: “The slope of the line should be positive – riskier assets should be priced to deliver higher returns. But the Great Moderation changed investor perceptions of risk such that the slope went strongly negative.” (Is Investing Starting to Get Difficult Again?, 2018)

The pre-crisis complacency seems to be reasserting itself. The team at PIMCO, which manages $1.8 trillion in assets, wrote in May 2018:

Ten years after the financial crisis, the global economy and financial markets could be entering a new era of potentially radical change that will make the next decade look very different from the last. Investors who assume that the future will resemble the post-crisis past could be in for a series of rude awakenings. (Joachim Fels, Andrew Balls, Daniel J. Ivascyn, Rude Awakenings)

The core question: how well does a disciplined “buy high, sell low (or short low)” strategy work for investors?

Measured by the performance of the managed futures group, the core answer is “poorly.”

It’s dangerous to generalize about the performance of the managed futures group because so many of its members have liquidated: Wakefield, State Street/Ramius, Forward, AlphaCentric/IMFC, Equinox Crable, Equinox Systematic, Mariner and others have all shuffled off to the Graveyard of Good Ideas At The Time.

There is only one managed futures mutual fund that has survived this entire market cycle, Rydex Managed Futures Strategy (RYMFX) which was recently rechristened Guggenheim Managed Futures Strategy. We wrote a short profile of the fund in November 2008 in which I observed, “I have an intrinsic distrust of complex strategies whose success has occurred largely on paper but folks committed to finding a market neutral component for their portfolio might put this on the same due-diligence list as Nakoma Absolute Return (NARFX) and Hussman Strategic Growth (HSGFX).” I might have been more right than I knew, since those other two funds are extinct and awful, respectively.

RYMFX, meanwhile, has managed to book an annual loss of 1.2% since the start of this market cycle in late 2007. Uhhh … it has booked an annualized loss of 2.7% over the past 10 years and that places it in the top 1% of all managed futures funds. (Oh, right, the liquidation thing. There are only three managed futures funds with a 10 year record and a loss of 2.7% is as good as it gets.)

To broaden the comparison, I pulled the three-year performance record for all managed futures funds from the MFO Premium fund screener. The simplified results, with two possible benchmarks, are below.

To the clear: we are not criticizing these managers, or suggesting that they’re anything less than disciplined, well-trained and diligent. We’re arguing that the record of these attempts show that, even with years of experience, advanced credentials, swamps of data and so much computing power that Google calls them for the answers to questions, trusting your ability to move between asset categories in pursuit of exceptional returns is essentially futile.

Don’t try this at home.

Our recommendations for fund investors remains the same: make your plans before panic strikes, work backward from an understanding of the risks you face and the extent of losses you can bear, build an asset allocation that creates a margin of safety for you and your family, and execute the plan with experienced managers who are shielding you from unjustified risk now in pursuit of exceptional returns in the future.

Over the summer months, we’ll try to introduce you (or re-introduce you) to managers and strategies that might contribute to that outcome. This month we provide an updated profile of Centaur Total Return (TILDX) with profiles of Zeo Strategic Income (ZEOIX), LS Opportunity (LSOFX), 361 Global Long/Short (AGAZX), Holbrook Income (HOBEX), Camelot Event Driven and others on the way.