“The only way to success in American public life lies in flattering and kowtowing to the mob.” H.L. Mencken, “On Being an American” (1922)

A question with which I am regularly peppered (and which I usually decline to answer) is how one should invest during this rather chaotic time. The short answer – circumstances continue to evolve so much, both from a public health perspective as well as an economic one, that things that made sense two weeks ago (or two months ago – a veritable lifetime) now have certain surreal aspects to them. For example, a 60-40 equity/fixed income asset allocation was the traditional balanced model that produced, over ninety years, a smoothed 6% compounded return.

But with nominal rates on risk-free bonds hovering around 1%, real rates most likely already negative, and a good chance that the nominal rates will also go negative, it means that we are not living in a normal bell-shaped curve world. To get that smoothed 6% return, equities are going to have to do double duty. That does not look to be in the cards since equities were overvalued at the beginning of the year, and for the most part, are not even fairly valued as yet. The exception is the five FANG (Facebook, Apple, Google, Netflix, Microsoft) stocks, which are even more overvalued. 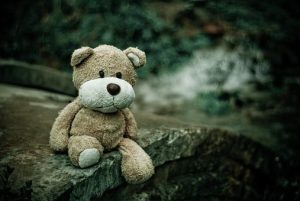 Looking to have high yielding dividends replace your income needs that traditionally would have been met by decent bond yields? That appeared to be a great solution to the problem until companies started to report Q1 earnings, throw out their guidance for the rest of the year, and reduce or eliminate their dividends. This presents an interesting problem as the current generation of analysts, both sell and buy-side, tend not to understand the nature of the industries they follow. Rather they understand their spreadsheet models which they look to management to provide the inputs for, thus allowing them to arrive at their buy, hold, and sell recommendations. Absent the management inputs most analysts are lost. Perhaps the better analogy is a group of purported navigators who have not learned the art of celestial navigation. Rather they are dependent on global positioning satellites to tell them where they are. This works until your adversary deploys a low-level electromagnetic pulse weapon, which knocks out the computer systems and satellites (yes Virginia, such things exist and are a real danger).

So, we are where we are. Over the last few issues, David and I have spoken about liquidity. I have also spoken about redundancy. I would add to that simplicity. You may have thought that hedging or shorting in your portfolio could protect you. This assumes that there is another counterparty, able to fulfill their obligation. Alternatively, it assumes there is some value to the hedge, which given the volatility in energy prices these days, can be problematic.

I expect more of the same going forward, especially in areas such as real estate, where the dynamics of various categories are likely to change. Examples of this are in commercial, where the demand for office space will likely fall. Many employees have found they like working from home rather than commuting long distances, and employers are finding that those employees can be productive not gathered in one space. In terms of residential, the density of urban living in high rise situations (vertical cruise liners) will in the short-term fall out of favor as single-family homes in less dense settings gain favor. Anecdotally, I had one insurance broker some weeks ago tell me that she was stunned at the number of individuals buying houses during the pandemic. I asked what areas she was seeing the most transactions in. The answer – anywhere in Florida and the far suburban areas outside of New York City. Florida will continue to see an influx of people and businesses, given its position as a low tax state. Exiting metropolitan New York will also appear to be logical given continuing underinvestment in infrastructure, the appearance of a dysfunctional political environment, and a horrible tax situation. Lastly, retail businesses will not return to what they were before, as individuals and families have become accustomed to shopping online from home. One winner will be warehouses and industrial space.

I would suggest holding an amount of cash in insured CDs and risk-free assets adequate to cover three years of living expenses … reexamine your relationship with big banks and find out what credit unions might work for you.

So, what is the appropriate asset allocation going forward? First, given the uncertainty of the current environment economically, I would suggest holding an amount of cash in insured certificates of deposit and risk-free assets such as government bonds adequate to cover three years of living expenses. And I would diversify. Some of you will have learned a great deal about your banking relationships through this environment. Put differently, did they really want to have you as a customer? One of the things the banks are discovering is that they do not need a lot of branches. You will have found out whether they really have good on-line sites, and call centers that work. In addition to a commercial bank, find out what credit union you may be eligible for given their definition of membership eligibility. Those of you with businesses who were frustrated by the process of applying for the Federal programs for the pandemic through the commercial banks, rethink with whom you do business. The large banks who gave the appearance of favoring their largest customers or who had computer systems that would not accept the paperwork on-line? There was a simple answer. They did favor their largest customers. And at least in Massachusetts, the large banks’ IT departments decided to set up new portals with new software. Surprise – the solutions did not work or crashed. I know that as sources told me that the smaller banks, lacking the resources, did it the old-fashioned way – on paper.

They did the entry themselves for the customers, often giving the customers appointments to come into the bank branch.

I am sticking with my recommendation for a barbell strategy: short-duration fixed income securities picked by experts who have been doing real credit analysis for years and equity investments managed by those focused on absolute value who have seen difficult environments before and managed through them.

So, for your investable assets, I am sticking with my recommendation for a barbell strategy. For fixed income, limit yourselves to short-duration, short-maturity investments where the funds are managed by experts who have been doing real credit analysis for years. You can find them by paying attention to the reviews that David has written. These situations are to be differentiated from those fixed income funds run by generalists who did things based on rating spreads in quality rather than real analysis. They are nothing more than high-yield tourists. And in equities, find funds managed by those focused on absolute value who have seen difficult environments before and managed through them if you go the active manager route (in terms of passive, the verdict is out on whether investing in that fashion absent a truly long time horizon is appropriate). Look at the records over time, as well as the fund flows in or out of the fund over the last year. That will tell you how much pressure the fund or fund family may be under to compromise the investment process for the benefit of short-term performance. One clue will be found in portfolio turnover. Did it accelerate from the end of 2019 through quarter one and quarter two of 2020? That will give an indication as to whether there was a degree of comfort in what they had done. Or, had the portfolio just been filled out to be fully invested and make the consultants happy? There will be now an opportunity to get your financial house in order by rethinking your investments to better suit your risk tolerances going forward. And understand there will be real risks going forward.

A Moment of Levity 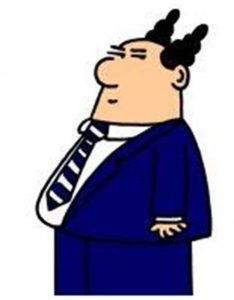 Scott Adams, the Dilbert cartoonist, got his early material from his days working at the old Pacific Bell, being a keen observer of corporate culture. In recent years, I often thought he had a hidden camera in many investment firms. I found his daily cartoon of Monday, April 27 of this year quite telling. In frame one, the administrative assistant says to the CEO, “There seems to be some confusion about what our company culture is.” In frame two, the CEO responds, “Our priorities are honesty, integrity, and return on investment.” In frame three, the administrative assistant says, “Which priority is the highest?” And the CEO responds, “Integrity won’t buy me a new boat.”

For those of you looking for new endeavors as you shelter in place, I suggest a revisit to “Game of Thrones.” Specifically, consider which political and media figures today would be appropriately cast in the various major and minor roles of the series. To give you a head start, consider the most appropriate real-life characters to be cast as Cersei Lannister and Arya Stark.