“There is much to be said in favor of modern journalism. By giving us the opinions of the uneducated, it keeps us in touch with the ignorance of the community.” Oscar Wilde

A recurring theme in investment letters, usually when one suspects that performance or personnel issues (often directly related) need to be glossed over, is a discussion about the need to have “team players” in the investment management and research process. Now there were hedge funds, such as Tiger Management in its heyday and Maverick Capital which used to make a virtue of recruiting former athletes in high school or college who had played team sports such as football or basketball (no fencers or gymnasts need apply). 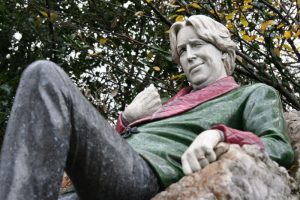 I must confess to being befuddled by all of this. I am not an athlete, having lacked the requisite physical skills, and never participated in team sports, other than on a pickup level. Probably the closest I came to that kind of activity was to play in a seventeen piece jazz band, which required a different kind of cohesion. But by the luck of the draw in my freshman college year I ended up living on a floor of scholarship football and basketball players. And I generally found them to be among the most thoughtful, low key individuals I have spent time with, not usually feeling the need as my former roommate put it, to “throw their jocks on the floor whenever they entered a room.”

I had a similar experience in all of my years in the military. The real heroes, the ones who had won the Air Medal or Navy Cross, never seemed to need to thump their chests. So it is always entertaining to me when people who were not the “star quarterback” but rather were the “star equipment manager” begin pontificating about team players. As my friend David Marcus puts it, we are placing our bet on the jockey, not the horse. The best investment managers – the Warren Buffetts, the Charlie Mungers, the Joel Tillinghasts, the Tom Russos, the Bill Millers – achieved their greatest success either without a team or despite what was foisted upon them as a supporting cast.

As is so often the case, Dilbert by Scott Adams says it all. Scott Adams started drawing Dilbert when he was working at what was then Pacific Bell. Much of what he drew was based on what he saw in that corporate culture. Many of you look at that cartoon strip or calendar today and find it cute but not especially believable. To which I say, having seen many of the same things over and over again in the last forty years in the environments I have been in, “you can’t make this stuff up.” So in that vein, let me close out this section with a Dilbert comic strip. In the first box, the boss says, “I dislike the words Boss and Employee. From now on, we are all Team Members.” The second panel the boss goes on to say “I’ll be the team member that makes the decisions and gets paid the most. You’ll be the team members I punish when things go wrong.” Finally in the third panel, Dilbert says “But otherwise we are all equal?” And the boss says, “Whoa! Calm down Spartacus.”

There is a timely and well-written article in the September 2017 issue of the AAII Journal entitled “The Impact of Expense Ratios on Retirement Income.” Somewhat differently than the issues we have been raising about expenses and their impact on investment returns, the author, Craig L. Israelsen, Ph.D., is concerned about the extent to which increased costs eat into the potential annual withdrawals in retirement. The article has a number of interesting tables. The point of it is that “For each additional 25 basis points of cost, the average ending balance of the retirement portfolio declines by roughly 5.9% and the average annual withdrawal from the portfolio declines by 3.7%.”

I would suggest this is an exercise that many of us should consider going through in terms of whether we need to ratchet down to lower cost vehicles as retirement appears on the horizon. Even at age 60 or 65, life expectancies are easily another fifteen plus years, based on the IRS longevity tables. Now you do need to make sure that the asset allocation mixes you are comparing are equal, that is, that the mix of mutual funds and ETF’s takes in the same asset classes, with the mandated Required Minimum Distribution being equal. The only difference should occur with one group of funds having lower expense ratios – namely the retiree controls the cost.

Is indexation investment management’s Frankenstein monster, a new Nifty Fifty equivalent? I don’t know the answer to that. I do know a tendency of investors, both sophisticated and unsophisticated, is to buy at the top of a market and sell at the bottom. Maximum draw-down numbers are helpful, but should be used more by investors in assessing what degree of market risk they are prepared to tolerate in their investments, not whether an investment with a greater maximum draw-down rate is necessarily a bad investment. One of the things Charles and I have been kicking around is the usefulness of rolling return numbers in making investment and allocation decisions. The problem with looking at return numbers tied to a specific time period is they are just that, tied to a specific time period. It is the problem I used to have with managements who would fixate on their quarterly and annual earnings (although the honest ones would admit that they really couldn’t see out often more than twelve months, if that). I used to remind them that they were not going to wind up the business and liquidate the company based on a 12/31 earnings number, as it was just a snapshot in time of what should be a going concern. Investment portfolios should be reviewed and looked at the same way.

As a follow-up to my recommendation of Joel Tillinghast’s book, I saw a half-hour interview with him on Bloomberg, which reinforced my opinion of him as an extremely gifted manager of a fund that more people should be looking at it if they like active managers. As I said, look at the jockey, not the horse. 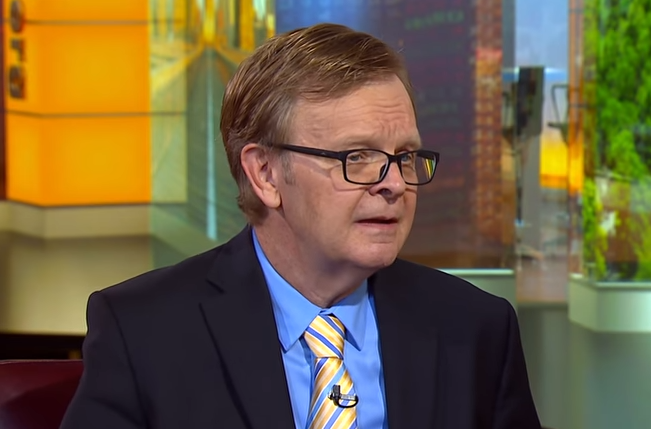