Since the number of funds we can cover in-depth is smaller than the number of funds worthy of in-depth coverage, we’ve decided to offer one or two managers each month the opportunity to make a 200 word pitch to you. That’s about the number of words a slightly manic elevator companion could share in a minute and a half. In each case, I’ve promised to offer a quick capsule of the fund and a link back to the fund’s site. Other than that, they’ve got 200 words and precisely as much of your time and attention as you’re willing to share. These aren’t endorsements; they’re opportunities to learn more.

The good news is that, as a concept, “world allocation funds” makes sense. The term describes funds that generally have some sort of “total return” mandate (that is, they consciously seek gains from both growth and income), authorization to pursue a variety of asset classes and a global purview.

Chiron Capital Allocation’s prospectus gives a snapshot of that flexibility:

The Fund seeks ….total return [from] capital growth and income.

The Fund … allocat[es] its assets among equity, debt and cash investments in markets around the globe … the combination of the Fund’s investments will vary from time to time both with respect to the types of securities and markets, in response to changing market and economic trends.

Under normal market conditions, the Fund intends to allocate

The Fund has no geographic limits on where its investments may be located.

The Fund may invest in any type of debt security, REITs, and derivatives.

The bad news is that the category quickly became dominated by a handful of behemoths. Here are the category’s top five funds by AUM:

There are 110 funds in the Morningstar world allocation category. The single largest fund has assets roughly equal to the combined assets of the 100 smallest funds in group. We’ve indicated the number of share classes per fund because each share class as an asset gathering ploy; funds cut special deals with special sub-sets of investors (e.g., retirement plans with over $1 billion in assets might get lower cost shares than retirement plans with assets under $1 billion) in order to attract and retain their business.

Good for the advisor. Not as good for their investors. As assets grow, opportunity sets contract and internal pressure grows to avoid doing anything that might “spook” the investment committees. As a result, none of the largest funds are (a) closed to new investors or (2) top tier performers anymore. None of these funds places in the category’s top-tier over the past three years, only one finishes in the top 25 while the rest fall in the comfortable middle of the pack.

Several very talented managers have reacted in frustration to the constraints imposed by huge asset bases, choosing to leave their secure perch for the interesting and risky world of investor-driven boutique startup funds. At about the same time, Abhay Deshpande walked away from an $80 billion charge to launch Centerstone Investors (CENTX) and Mr. Caldwell walked away from $40 billion charge to found Chiron. 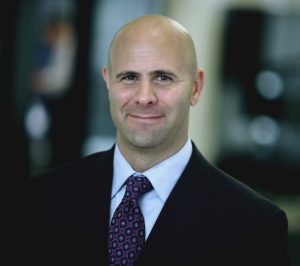 From 2000 – mid-2014,Mr. Caldwell managed several funds for Waddell &Reed, including Ivy Asset Strategy, W&R Asset Strategy, and Ivy Funds/VIP. Morningstar made him a manager of the Year finalist in 2007 and Institutional Investor tagged him as one of the “Rising Stars of Mutual Funds” in 2009. He’s made the best of the opportunity since Chiron attracting $1.3 billion in assets in its first couple years. CCAPX’s one year return through September 2017 placed it as 2nd of 137 “growth allocation” funds (Lipper), behind only CGM Mutual Fund (LOMMX), or 1st of 105 “world allocation” funds (Morningstar).

Herewith are Mr. Caldwell’s 200 words on what led him to conclude that the world needed a 140th “growth allocation” (Lipper) fund or a hundredth “world allocation” fund (Morningstar) just now:

I think there are a couple of seminal moments for me.

There are always decision points in your career where you think “this doesn’t feel right anymore.” One of mine came when I looked at fund size. Global allocation funds didn’t exist 15 years ago, then the category grew like a weed with four (or four-and-a-half) funds sopping up almost all of the assets for about a decade. I was on one of those funds.  The problem with that if you really are flexible, looking for upside participation and downside capture, size is not a benefit. Your asset base gets unwieldy and you’re set up for your worst risk-adjusted returns. I didn’t want that.

The other thing that was seminal for us was the buzz wordy “quantamental” thing that gets thrown around. A lot of corporate cultures are either fully quant or fully fundamental; that makes things precarious for investors who believe that quant screens and human analysis are both essential parts of the same process. There’s just so much information now; it’s not the business I entered into in the late 90s and early 2000s.

I concluded that we needed a stand-alone entity where we could embrace a capacity-constrained strategy and a quantamental discipline. We love the “global allocation” focus because it signals high degrees of freedom. We’ve got no style dogma to plague us. We’ve got a return set that’s still interesting, at least if you think in terms of market cycles rather than months. We’ve managed to attract world-class people, guys like Grant and Brian, each with a quarter century of success in the industry. We think we can add value by being small and staying (relatively) small. Big funds and public firms have goals that are misaligned with their investors, and we won’t go down that path. Chiron is, and always will be, niche-y, size constrained, a boutique. It’s a good place to be, for us and for our investors.

Chiron Capital Allocation Fund nominally has a $100,000 minimum initial investment, but as a practical matter it’s available at Schwab for $2,500. Expenses are capped at 1.15%; with the fund now at $1.3 billion, it’s turned profitable and  it becomes possible for the managers to talk about fee reductions.

Here’s the fund’s homepage. It’s basically a pick-up spot for fund documents, and so it’s a bit thin on content. Happily, clicking on almost any of the tabs at the top of the page will take you to Chiron’s homepage which has a reasonable explanation of their process and some videos (under the “news” tab) that gives you a decent sense of what they’re up to.