Having concluded that we’re not willing to pay for the services of professional journalists and editors, we’re increasingly getting what we paid for: stories written by robots, amateurs, dilettantes and self-interested parties posing as journalists. Here’s my monthly roundup of stories that made my head hurt, plus one opening note on the future of funds.

I use the news aggregator Flipboard to track cover of issues that interest me, from the Pittsburgh Steeler and gardening to statistics and mutual funds. Which mutual funds, you might ask, are in the news? Vanguard, Fidelity, DoubleLine? Active, passive, hedged? 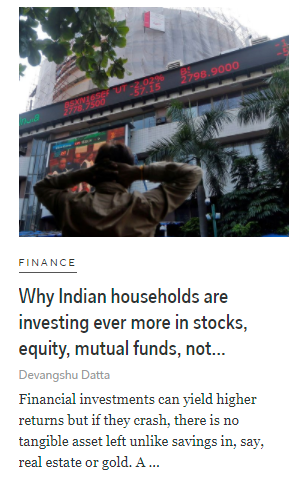 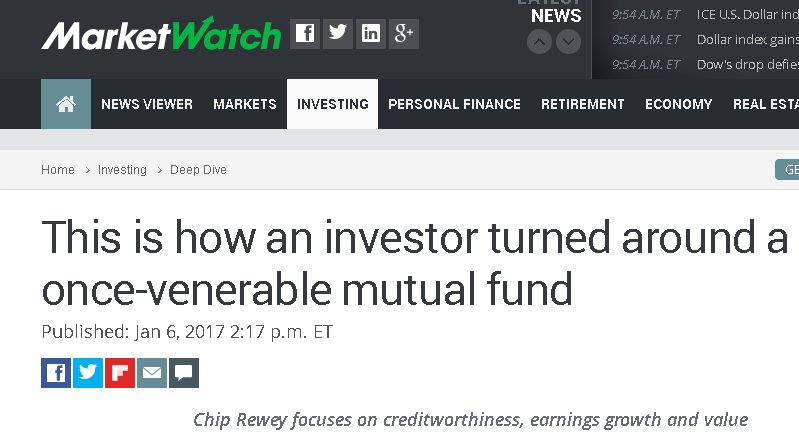 Thesis: “Robert ‘Chip’ Rewey was hired to turn around the Third Avenue Value Fund in 2014 after years of underperformance …The mutual fund rebounded last year after posting a loss in 2015.”

Thesis: oh, for the good old days when sales charges and wise brokers discouraged investors from frequent trading and other self-destructive behaviors.

MFO’s take: uh, no. The essay is strangely devoid of, well, evidence to support the nostalgic speculations. Against that, the research on broker-sold funds is fairly consistent. Brokers added expenses without improving a portfolio’s risk-return profile, in part because the brokers themselves had incentives to trade even when their clients did not.

One of the most widely cited studies (it’s been cited nearly 400 times by other scholars) is Daniel Bergstresser , John M. R. Chalmers  and Peter Tufano, “Assessing the Costs and Benefits of Brokers in the Mutual Fund Industry,” The Review of Financial Studies, Volume 22, Issue 10, 1 October 2009, pages 4129–4156. Here’s their bottom line:

Many investors purchase mutual funds through intermediated channels, paying brokers or financial advisors for fund selection and advice. This article attempts to quantify the benefits that investors enjoy in exchange for the costs of these services. We study broker-sold and direct-sold funds from 1996 to 2004, and fail to find that brokers deliver substantial tangible benefits. Relative to direct-sold funds, broker-sold funds deliver lower risk-adjusted returns, even before subtracting distribution costs. These results hold across fund objectives, with the exception of foreign equity funds. Further, broker-sold funds exhibit no more skill at aggregate-level asset allocation than do funds sold through the direct channel. Our results are consistent with two hypotheses: that brokers deliver substantial intangible benefits that we do not observe and that there are material conflicts of interest between brokers and their clients.

The “substantial intangible benefit” is sometimes labeled “hand-holding,” and it really does contribute to an investor’s quality-of-life.

Bottom line: defending high sales charges (and high expenses) because they enforced good investor behavior is like defending obesity because it keeps us from going outside and breathing polluted air; weird on face and unsupported by any serious evidence. 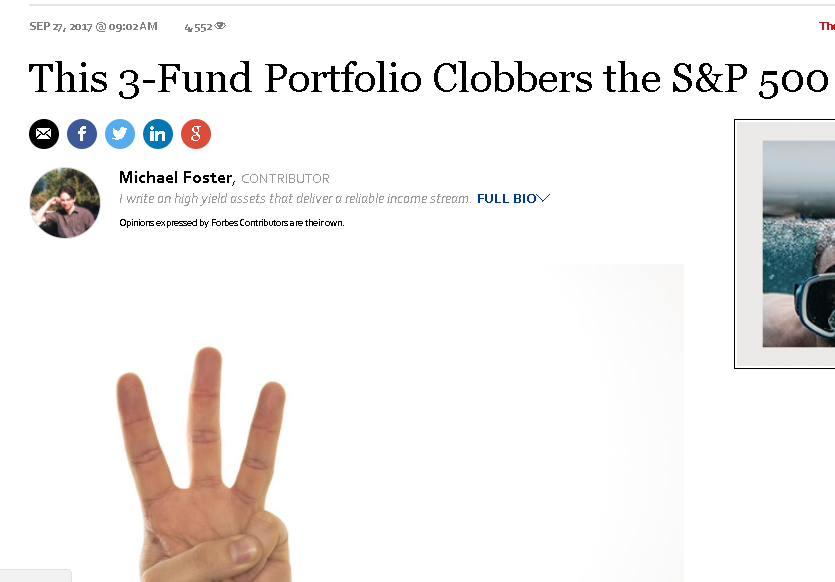 MFO’s take: uh, no. First, that’s not a “portfolio,” that’s just a pile. A portfolio is an interactive structure, where each addition it made in order to complement the remainder. Second, they appear to have been selected solely because they beat the S&P 500 in the past, not because there’s any reason to believe that they’ll beat it in the future. Heck, if you’re going to play that game, at least play it well and announce THE ONE FUND portfolio: ProFunds UltraSector Biotech (BIPIX), which has booked over 20% annually for the past decade. Third, they appear to have been selected without consideration of the risks involved. ProFunds, for example, is a leveraged fund that produces 150% of the daily movement of its index. The prospectus warns:

The Health Care UltraSector ProFund seeks investment results for a single day only, not for longer periods. The return of the Fund for periods longer than a single day will be the result of each day’s returns compounded over the period, which will very likely differ from one and one-half times (1.5x) the return of the Dow Jones U.S. Health Care SM Index (the Index) for that period. For periods longer than a single day, the Fund will lose money when the level of the Index is flat, and it is possible that the Fund will lose money even if the level of the Index rises. (emphasis in the original).

The fund’s prospectus calculates the risk of buying and holding this beast. In a market where the underlying index returns 0% for 12 months, a buy-and-hold index will lose between 0.4% and 31.3%, depending on how volatile the market is. Heck, the index could rise 10% and this fund could lose 20% if the market’s volatile and you foolishly buy and hold it. Fourth, there’s no reason to believe that they’ll continue to outperform, especially when the market reverses. How bad could they get? The maximum lifetime drawdowns for these funds (that is, the largest losses they’ve inflicted on their investors) is between 62-82%. 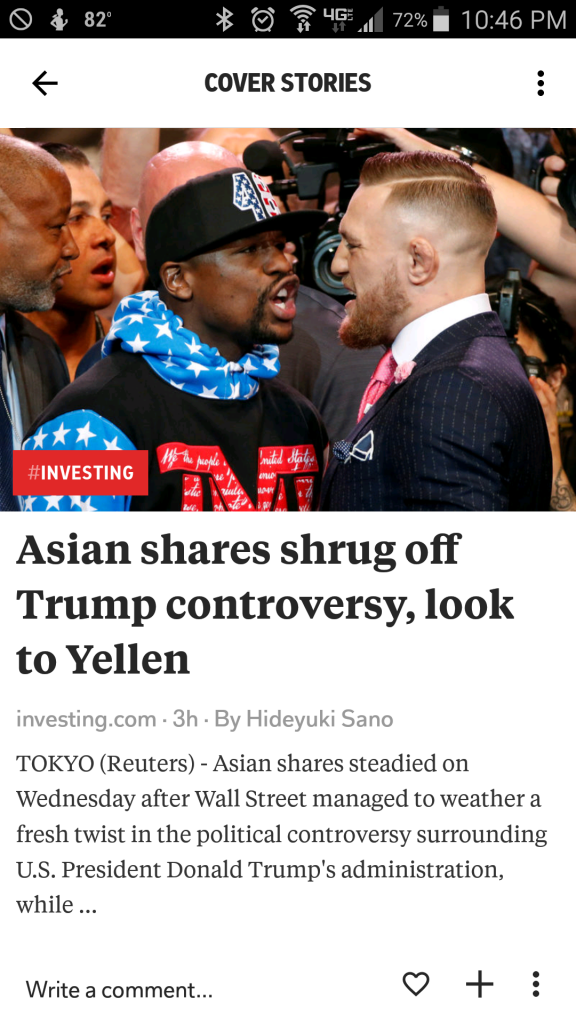 I wonder which one is supposed to be Fed chair Janet Yellen? The one yellin’, perhaps?