“To succeed in the world, it is not enough to be stupid, you must also be well-mannered.”

There is a show on Showtime cable that purports to give a pretty good reading of the world of hedge funds and their masters, called “Billions.” It is now into its third season. A scene in the third episode of this season resonated with me regarding some of the issues and problems that active managers face today. The main character, Bobby Axelrod of Axe Capital, has surrendered his rights to trade as a hedge fund manager/chief investment officer in return for having his personal capital unfrozen and thus accessible. His successor as Chief Investment Officer at the firm, Taylor Mason, has begun a search to find some quantitative managers that can be brought into the firm, hoping they will be additive to the investment process and performance. The interviewing process for “quants” sends the traditional qualitative analysts into a panic, as they all think there will be mass firings as they are replaced by computer algorithms. One of them goes in to confront Taylor about the reason for bringing in quants. His question to Taylor is – why can’t things stay as they are, as it is what brought us this far? Taylor responds by asking the 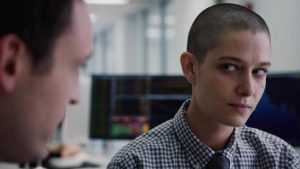 analyst if he is familiar with the high school football team whose coach never let them punt on fourth down. The analyst says yes, the coach figured out that statistically the team had a better chance of winning if they used all four downs for offense. Taylor says yes, but the coach also wanted to win more championships. The analyst then gets it, that it is all about the firm’s “edge.” Taylor then explains that they had their edge when there was “dumb” capital in the marketplace. But, and this is critical, they have lost that edge. Taylor then says that all the dumb capital has been sucked out of the marketplace by the trillions of dollars that have gone into ETF’s (exchange-traded funds). What is left in the marketplace – aggressive firms with killer instincts and research, just like themselves. The reason to hire quants is to regain the edge. And even with lots of quants already out competing against them, Axe Capital has the resources to find better ones to get the edge back.

I think the above explains why the active managers are now finding it so hard to compete against each other, and why on balance the index funds (and ETFs) are outperforming. Quite simply, much if not quite all the naïve or dumb capital has left the market and gone to passive vehicles. The competitive world has become much harder. One of the first things that I do when evaluating investment firms is to look at the composition of their portfolios, rather than their marketing brochures. In portfolio construction, mutual funds suffer an important structural limitation when compared to the hedge fund counterparts. Hedge funds are permitted to commingle uncorrelated assets; for example, a fund might own both equity shares and an office park. (Those interested in an illustration might look at the current asset allocation of RIT Capital Partners. The RIT is Rothschild Investment Trust, founded by the 4th Baron Rothschild.) And one of the things I have noticed over the years is that the investment strategies of many firms have shape-shifted. Value portfolios look like growth portfolios and vice versa. How many value funds now own Amazon, Google (in its current iteration), or Baidu? And how many growth firms own MasterCard and JP Morgan Chase?

To a large extent it all comes down to asset growth and how you manage it. Do you shut a fund and cap a firm’s business at a certain level of assets? If you are privately-owned as a partnership, you can and often do. If you are part of a large financial conglomerate, then the mantra becomes asset growth, given the huge cash flow that investment firms can and do generate. That is, money for the parent and money for the senior investment personnel, which buys a lot of Italian sports cars and yacht-like power boats with which to cruise Lake Michigan. And you spend a lot of time worrying about whether the state you are living in will try to impose an exit tax before you relocate to a low-tax jurisdiction like Florida. Which brings us back to the question of how you sustain the “edge” in performance when you and your competitors are all looking at the largest 200 securities in market capitalization, because a $20B or $40B fund needs investments that “move the needle” to generate outperformance relative to a benchmark. And that is where the quantitative research comes in as either the foundation for or overlay to other research.

In that regard, I tip my hat to Joel Greenblatt, who saw that the world was changing and has evolved his thinking (and continued to own and control his own firm rather than selling out) with his Gotham Funds.  Vanguard of course, in typical Vanguard fashion, set up its own quantitative group to complement their edge in selecting managers and applying low fees to boot. Other names that come to mind that you would put into the same category of thinking ahead and thinking outside the box – Clifford Asness, Rich Pzena at Pzena Asset Management, and Steve Galbraith when he was at Maverick Capital. And you have the polymaths like Joel Tillinghast and Warren Buffett, who are in effect their own quants. And then you have the outside the box thinkers like Bill Miller who I used to run into regularly at the annual symposia sponsored by CS First Boston at the Santa Fe Institute in New Mexico.  SFI looked at applying things at a level beyond quantitative analysis, much like three-dimensional chess from Star Trek (for those interested in a book on that process, I commend a book called The Predictors: How a Band of Maverick Physicists Used Chaos Theory to Trade Their Way to a Fortune on Wall Street by Thomas A. Bass).

And finally, I must compliment and express my appreciation to an extraordinarily intellectually curious individual and one of the great investment thinkers of our time. This gentleman was always looking for the better mousetrap to enhance investment thinking, the investment process and methodologies, Michael Mauboussin, formerly of CS First Boston and now at BlueMoutain Capital Management, and the current chairman of the Board of Trustees at the Santa Fe Institute.

So yes, it is all about finding the edge and holding on to it. And if you are a value investor, the edge can be the portfolio of ten stocks or less that you watch carefully, like a hawk (or Philip Fisher) and know more about than anything else, in an obsessive-compulsive way. That is not well-suited to running however mega-billion portfolios, which is why I submit, we see so many funds running into brick walls these days, with their managers’ attentions often focused elsewhere. You can evolve, as Joel Greenblatt has. Or, you are a firm that hopes nobody notices that you are underinvesting in your infrastructure while you are maximizing profit margins. You do this by capping the investment in the quality of personnel or tools as you are no longer able to use soft-dollars to pay for things you should be paying for. But remember, the dumb capital has for the most part left the house. And the survivors will keep reinvesting and reinventing themselves to get and keep the edge.