If you’re ever had cause to poke around MFO, perhaps “About Us” or “Support Us,” you’ll have spotted the younger me and the younger version of my son, Will. We were poking around England seven years ago, around the time we launched MFO, and we wanted to give folks a peek at the people behind the text. 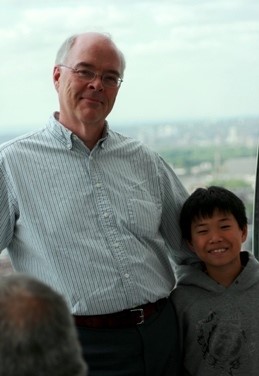 I note, with pride and trepidation, that seven years have now passed. The 12,000 folks who joined us that first month have grown to 28,000 this past month, and 1,298,128 readers, interlocutors and passersby since launch. 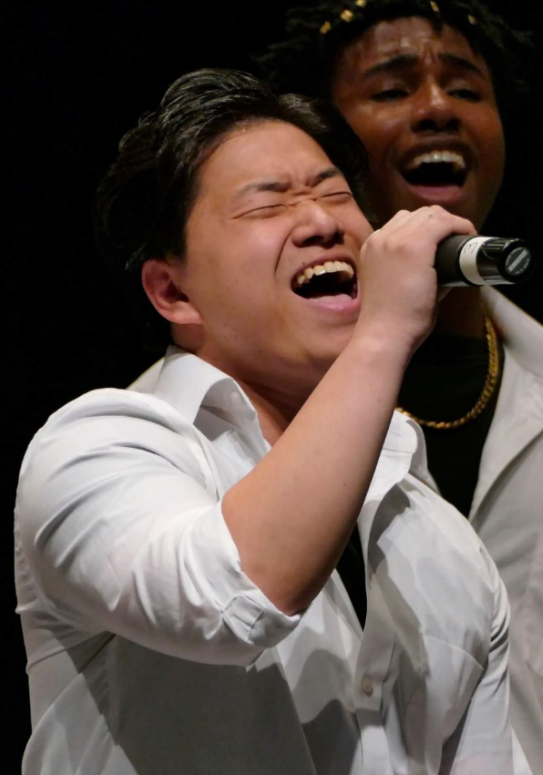 I’m pleased and terrified to note that Will has accepted an offer of admission from the University of St. Thomas, in St. Paul. Apparently my son’s going to be a “Tommie” soon, and a data analyst. It’s an expensive proposition, no question, and something of a stretch for the family. And yet we believe, in Will, in the power of great teachers and small schools, in the future that we can yet shape together. The Lebanese-American poet Kahlil Gibran once wrote:

You are the bows from which your children
as living arrows are sent forth.
The archer sees the mark upon the path of the infinite,
and He bends you with His might
that His arrows may go swift and far.
Let your bending in the archer’s hand be for gladness;
For even as He loves the arrow that flies,
so He loves also the bow that is stable.

Come summer, I will launch my arrow northward and report, with delight, from time to time, upon its arc.

On the limits of happiness

As happy as I am to write about funds for you, I’m not a tenth so happy as this woman is with her Fidelity investments. 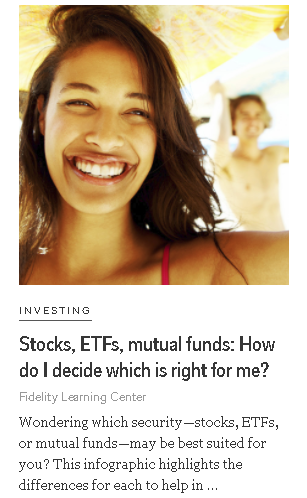 Yuhh … it’s only coincidental that I’ve begun the process of moving the Fidelity portion of my 403(b) retirement account to T. Rowe Price.  I noted in my portfolio review that Augustana has frozen our access to Price and Fidelity, and substituted a small array of carefully chosen active and passive funds. It seems silly to maintain two locked sets of funds, so I resolved to transfer one to the other. Price seems to have a stronger, healthier culture, I respect their brains and their thoughtful communication with investors, and I agree with their firm-wide approach to investing. The move is a bit complicated, but it will be good to have it done.

I shudder to imagine that young woman’s expression should she choose to come along, so I think she’s safest staying with the Johnsons.

To you all, for sharing these first seven years of MFO with us. When we launched, the average lifespan of a boutique website was barely seven weeks.

To Ed, Chip and Charles, who’ve contributed more than you could ever know. They’re amazing and I’m amazed by their support and friendship.

To the folks on MFO’s Discussion Board, which would be award-winning if only there were awards for such things. Their daily banter, always interesting and frequently good-spirited, is daily reading for me. Thanks, pointedly, to Ted the Linkster and the shadowy The Shadow, who always gets there before me.

And to Kirk, as well as our stalwart subscribers Greg, Brian, and Deb. We thank you!

The summer brings interesting stuff. Ed is off in Paris and Sam Lee is patrolling the streets of Seoul, but both will be soon back. Charles has been revamping the MFO Premium site, for the better, and has profiles coming on two funds. And Morningstar is coming in June. We’ll be there, and we’d be delighted to spend a bit of time with you while we’re at it. Just let us know.