Is it different this time? We have made it to the end of August. Many investors have endured roller coaster rides in their portfolios. The year-to-date return for the S&P 500 Index, according to Bloomberg, is 16.74% through the end of August. The total return for the Vanguard Admiral Shares – S&P 500, charging just 4 basis points, is 18.33%. Many active-managed funds have not done nearly as well.

Why would that be the case? Some of it is a function of fund flows, with investors making withdrawals at the moments of the worst market declines. They lock in a permanent capital loss and force the fund manager to liquidate investments at a time he or she did not want to. This would beg the question as to whether the manager sold shares proportionately across the entire portfolio, sold the most liquid shares at the time they needed to raise additional cash, or tried to sell shares of what they thought were their most over-valued investments and the next ones that they were planning to sell anyway.

The necessity for selling portfolio investments should be obviated in most cases by arranging for bank lines of credit that a fund or group of funds could draw on when liquidity issues in the market arise. In other words, the entire market freezes for a time. Many fund managers, having had to deal with that unpleasantness in 2000-2001 and 2008-2009, thought they could alleviate the problem by putting into place rules regarding the size of portfolio positions, across either a fund or a group of funds. These tied portfolio position size to the average number of days trading volume to exit a position. Those rules probably don’t mean much at this juncture, when so many fund managers own the same dozen or so securities, the new “Nifty Fifty.” Even with mega-capitalization equities, if everyone is trying to go through the door at the same time, there will either not be enough bids or, a huge bid-ask spread.

Which brings us to the question of bank lines of credit. There are uncommitted lines of credit and committed lines of credit. So as not to have your eyes blur over, the uncommitted bank line of credit is basically exactly what it sounds like – funds may be available, if you need them, blah, blah, blah. My argument with that was always a concern that a Fidelity or a Vanguard would be higher up the prioritization list of borrowers from the financial institution any of a thousand smaller firms would be. Fidelity wouldn’t need to worry about being denied access, but an admirable firm based in the Midwest with $10 billion in assets might hear a different answer. With a committed line of credit you are paying commitment fees upfront to the financial institution and they are contractually obligated to come up with the funds when you want them.  Of course, commitment fees eat into fund profits. A balancing act comes into play, much like catastrophe reinsurers basing pricing on their models that say that there will be only one Category Five Storm that sweeps through Florida and Georgia this year, rather than three or four. As with so many things in the financial services world, the planning assumptions do not run from the worst-case to best-case basis. No, usually it is a good-better-best case basis.

We now have different variables coming into play. Some ten years ago, algorithms and computer trading represented 10% or less of market volume for equities. That has increased considerably, perhaps to as much as 50% of trading volume. Now we have exchange traded funds, which are tied to passive investing. They in theory offer liquidity when the market is open. There must be real-time pricing and an ongoing ability to buy or sell equities that make up the underlying benchmark index. As often seen, a tweet can move a market positively or negatively by hundreds of points almost instantaneously. The added volatility and trading volume may compound the potential liquidity issues. What is important is that the exchange traded funds are fully transparent in that the securities in them are known and tracked, so pricing can be supported by an audit trail.

I close this section by throwing one further thing into the mix. It is our understanding at MFO that some active-management mutual funds are exploring converting those funds into exchange traded funds. They would NOT be transparent although the portfolios would be tracked by a group of non-disclosed market participants who would be the audit trail and support for that exchange traded vehicle’s pricing. Why would a fund company want to make that conversion? To be able to meet the competition. If you are an active-managed fund with a high expense ratio, the thought is that a conversion would allow for 55 – 60 basis points in expenses to be taken out and the taint of the designation “mutual fund” would be set aside. Performance would again be the major determinant of attractiveness to investors.

It will be interesting to see what comes out of this move to fund conversion to exchange-traded vehicle.

In the interim I would expect to see a continued increase in passive assets under management, followed by an increase also in quasi-passive investments such as those run by a group like Dimensional Fund Advisors. Traditional active managers, those charging 100 to 150 basis points in expense ratios for their funds will continue to be under intense pressure to cut fees, especially as they suffer from lagging performance over not just short-term but increasingly longer-term time periods.

All Sociopaths, All the Time 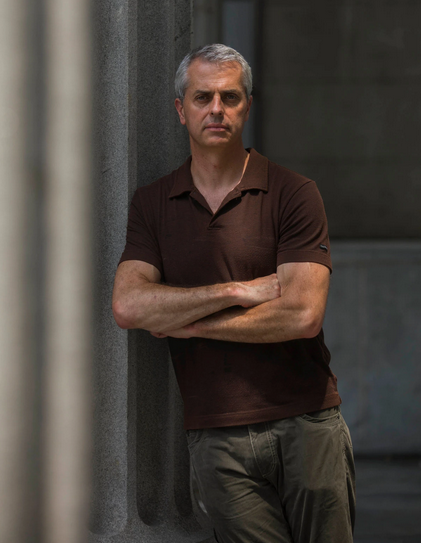 Andrew Ross Sorkin wrote an interesting piece in the Business Section of The New York Times for Monday, July 29, 2019. It was about a retired corporate attorney, Jamie Gamble, who concluded in retirement that corporate executives, including the ones who used to hire him and his firm, “are legally obligated to act like sociopaths.” Mr. Gamble’s argument centers around a corporation’s obligation to focus on itself (preservation) and defining increased profitability as the prime directive; that is, the maximization of shareholder value. I encourage you to read the article, Ex-Corporate Lawyer’s Idea: Rein In ‘Sociopaths’ in the Boardroom. It raises a debate that many of us in the investing world used to have to contend with, especially in terms of what was the maximization of shareholder value, over what time period, and what actions of management would be subsumed or acceptable in the “business judgment” rule to pass muster. Where many of us saw abuses was in what would be done to meet profitability targets (and coincidentally trigger stock option grants to management, transferring an increasing percentage of ownership of the corporation at bargain prices).

The article does raise governance issues that should be discussed and perhaps addressed. This issue has already caught the attention of 200 A-tier CEOs (from Amazon to Raytheon) who are members of The Business Roundtable. At about the time of Mr. Gamble’s observation, the Roundtable issued a joint statement declaring that it “modernizing its principles on the role of a corporation” to recognize that the long-term interests of stakeholders (customers, employees, supplies their communities and so on) and shareholders “are inseparable.” The debate about whether this is more than window-dressing has begun.

I confess to being something of a film buff. Sadly, much of what we see in theaters or on television today is, frankly, crap. When I find things worthy of mention, I think I should bring 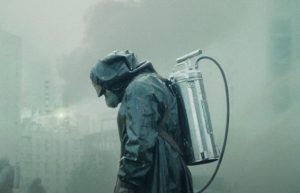 them to your attention. First, the short, five-episode series on HBO, Chernobyl. Most of us who were around then didn’t understand what happened there. At best, we thought it was a variation on the Three-Mile Island incident in this country. No, Chernobyl is a very real picture of a society of secrecy, whose citizens knew that the state was all powerful (and all seeing in many regards). And yet, when the time came for ordinary citizens to step forward and face certain death or illness for the good of the country, because “it has to be done,” they did it. One is left wondering what today’s self-absorbed young would do when faced with a similar set of challenges. And Chernobyl still is an exclusion zone in Ukraine.

The second movie I commend to you is at theaters now. It is called “The Farewell.” A young woman, born in China and brought to the U.S. with her parents when she was young, learns her grandmother is dying of cancer. Her parents, and then she, return to China to spend time with 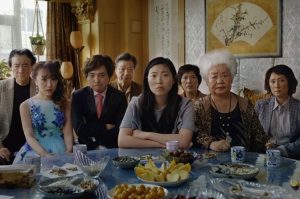 the grandmother, ostensibly under the guise of a family wedding. The grandmother is not being told that she has cancer and only a short time (so say the doctors) to live. The granddaughter learns things about her grandmother she did not know, such as that she was in the army and shot. These things she learns from two retired People’s Liberation Army generals who come to the wedding to see her grandmother. The movie is in Chinese with subtitles, but the contrast between our culture and that of China is quite stunning and compelling. If you want a short lesson in what the real differences are between the U.S. and China, this is a great way to get it in two hours.