Since the number of funds we can cover in-depth is smaller than the number of funds worthy of in-depth coverage, we’ve decided to offer one or two managers each month the opportunity to make a 200 word pitch to you. That’s about the number of words a slightly manic elevator companion could share in a minute and a half. In each case, I’ve promised to offer a quick capsule of the fund and a link back to the fund’s site. Other than that, they’ve got 200 words and precisely as much of your time and attention as you’re willing to share. These aren’t endorsements; they’re opportunities to learn more. 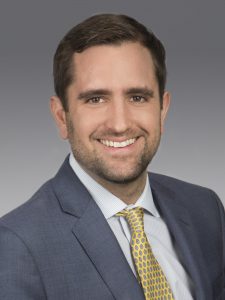 Clayton Triick manages Angel Oak UltraShort Income which launched in April 2018. He joined Angel Oak Capital Advisors in 2011 as an expert inthe residential mortgage-backed securities markets, which is a subset of the larger asset-backed securities market. Prior to joining Angel Oak, he was a portfolio manager for YieldQuest, a now defunct advisor whose internal dynamics were, he allows, “a bit challenging.” Since joining Angel Oak, he has been co-manager on Angel Oak Financials Income (ANFLX, $225 million AUM, five stars from Morningstar) and lead manager on Angel Oak UltraShort Income.

Ultra-short funds are generally tools for cash management. They generally provide returns higher than those available from insured vehicles such as deposit accounts or CDs with minimal volatility. Over the course of the current market cycle, running from October 2007 to now, the average ultra-short fund in the Lipper database returned 1.4% a year, suffered of maximum drawdown of just 1.7% during the market crisis and recovered from that fall within four months. Only a couple funds have returns above 2.0% a year over the end cycle. That’s better than the average savings account, which pays 0.10% annually (the advertised high rates on online accounts are typically short-term marketing gimmicks), but nothing to brag to friends about. With no prospects for expecting “normal” interest rates in the foreseeable future, this remains a low drama corner of the market.

The problem with 1.4% returns is 2.0% inflation. As of August 2019, that’s the Federal Reserve Open Market Committee’s projection for household inflation, designated CPE, for the next five years or so. If those two numbers hold, ultra-short investors will encounter negative real growth in their investments; that is, the $10,000 you might invest in an ultra-short account in 2019 will buy less in five years than it would buy today.

The solution is to find income that’s not interest-rate dependent, which means investing at least some part of the portfolio in something other than bonds. The willingness to look beyond the traditional bond market is often signaled by a fund’s name: “Ultra Short Bond” in the name means a far more restricted investment universe than “Ultra Short Income.” In both cases, the portfolio’s average duration – a measure of interest rate sensitivity – is under one year but, in the latter case, the portfolio might hold a variety of income-producing securities that aren’t exactly bonds.

The folks at Angel Oak believe they’ve found their solution to low interest rates: asset-backed securities. The “assets” behind ABS, as they’re called, might be a home mortgage, a car loan or income from leasing a commercial building. The simplified version: banks and credit unions issue mortgages, but don’t actually want to keep them on the books for the next 30 years, so they sell the mortgage to something called a special purpose vehicle (SPV). The special purpose vehicle bundled together lots of mortgages, which is called “securitizing” them, and sells those securities to general investors. The SPV will issue some securities backed by the lowest-risk borrowers, perhaps well-established affluent homeowners borrowing a relatively small amount for a relatively short period, and others that represent iffier borrowers who are paying higher rates for their loans.

Why might this be a good idea for investors? As DoubleLine, a prominent investor in asset-backed securities, points out, such securities have experienced:

Angel Oak UltraShort has only been around since April 2018 but has been an exemplary performer. The fund has recorded positive returns in 100% of its months, hence its maximum drawdown is … well, zero. It has produced substantial total returns from both income and a smidge of capital appreciation:

The fund ended its first full year of operation in the top 1% of its Morningstar peer group, substantially outpacing competitor funds from folks such as PIMCO and DoubleLine.

Other firms have noticed, and reacted to, the advantages of this asset class. Those range from Vanguard’s $10 billion Vanguard Mortgage Backed Income Securities Index Fund (VMBSX) to a bunch of DoubleLine’s 18 funds. Nonetheless, the combination of ultrashort duration and a securitized portfolio remains rare. Here are Clayton’s 300 words on why you should add AOUAX to your due-diligence list:

Ultrashort duration funds may offer various benefits to a broader fixed-income portfolio. In the current environment, the U.S. yield curve is inverted. Investors can find attractive income at the front end of the yield curve over and above intermediate-duration assets. Furthermore, the introduction of high-quality structured credit tends to dampen price volatility during times of stress. This unique attribute with respect to market risk can be beneficial to an investor’s entire portfolio.

We believe investors should be looking for opportunities within assets that improve in quality over time. This fund targets short-term investments that have powerful “de-levering” characteristics; i.e., as they approach maturity, their credit risk is at their lowest point as credit protection is at their maximum point. This is in direct contrast to traditional corporate credit, which tends to carry more of a binary credit risk.

This relative performance diversion was most evident between the Angel Oak UltraShort Income Fund and its peer group in Q4 2018, as NAV volatility was minimal compared with corporate credit-focused ultrashort duration funds.

Before launching the strategy in 2018, we realized there were very few specific mutual fund offerings that focused primarily on structured credit for investors. The addition of our ultrashort strategy has filled this void in the fund marketplace.

The Angel Oak UltraShort Income Fund seeks to provide current income while aiming to minimize price volatility and maintain liquidity. For portfolio construction, we take a top-down approach, which helps provide the fund with superior income within the ultrashort landscape while minimizing volatility.

Angel Oak Ultra-Short has a $1000 minimum initial investment on its no-load “A” shares, and a $1 million for the institutional share class. Expenses are capped at 0.50% on the “A” shares and 0.25% for institutional shares after substantial expense waivers which are in effect through May, 2020. The fund has about gathered about $265 million in assets since its April 2018 launch.  Here’s the fund’s homepage. Folks who would like to hear directly from Mr. Triick might enjoy a three-minute video, released in August 2019, discussing the fund.