Three advisers are vying for this month’s “they’re doing what? Did I read this right?” award for moves where we were, literally, reading the filings aloud, slowly, to be sure we weren’t missing something.

To be clear, these moves are perfectly legal and probably make perfect sense to those who came up with the idea – they’re simply perplexing to us mere mortals.

Aberdeen Emerging Markets Fund (GEGAX) has reopened. Morningstar rather likes the fund, but less so now (Bronze) than before some management and strategy turmoil (Silver).

American Beacon Stephens Small Cap Growth Fund (STSGX) has reduced its expense ratio by a bit. Investor shares, for example, just dropped 7 bps. Why 7? Not sure, but that might move it from Morningstar’s “high” to “above average” expense band. Woohoo!

Crawford Dividend Opportunity (CDOFX) is a five-star small cap fund with below-average expense ratio. On September 1, the cap on their expenses fell another 6 points to 99 bps for the no-load shares. As with Cove Street, there’s a lot to like here: high sustainability score, very high active share, much higher-than-average quality portfolio for a small cap fund, and admirably low risk scores.

Effective October 31, 2019, the 2% redemption fee on Federated International Small-Mid Company Fund (ISCAX) will be eliminated. Redemption fees generally function to discourage “hot money” traders. It appears the fund has seen net inflows in six months over the past six years, which implies that hasn’t really been an issue.

The minimum investment amount required to open and maintain a fund account for Vanguard Market Neutral Fund (VMNFX) will be reduced from $250,000 to $50,000 on or about November 4, 2019.

Effective November 27, 2019, Federated Mortgage Fund (FGFSX) becomes Federated Select Total Return Bond Fund. The name change is accompanied by a 16 bps drop in the expense ratio and a broader portfolio; mortgage-backed securities drop to about 50% of the portfolio from its primary component.

AGF Global Equity Fund (AGXIX) will be liquidated on September 19, 2019.

AlphaOne Small Cap Opportunities Fund (AOMAX) preceded it, having been liquidated on August 30, 2019.

American Independence Global Tactical Allocation Fund (AARMX) will liquidate on September 12, 2019. That follows the earlier decision of the fund’s investment adviser, Manifold Partners, to withdraw from managing the portfolio. The board of trustees likely noticed two facts: that (1) it’s a four star fund with (2) no assets. Removing the managers who generated the performance left them with just the “no assets” part, and so …

City National Rochdale High Yield Bond Fund (CHBAX) will be liquidated on or about September 30, 2019

CrossingBridge Long/Short Credit Fund (CLCAX), formerly Collins Long/Short Credit, will be liquidated on September 6, 2019. The adviser explained that while the fund was still profitable, it had minimal upside and wasn’t delivering the downside protection now that it excelled at in the 2008 meltdown. The closure leaves Cohanzick, the manager, with three funds: ultra-short (RPHIX), short (CBIDX) and not-necessarily-so-short (RSIVX).

The Board of Trustees of the StrongVest ETF Trust authorized an orderly liquidation of the CWA Income ETF (CWAI), September 12, 2019. I appreciate the orderliness, though “StrongVest” sounds a lot like a character out of Lord of the Rings. 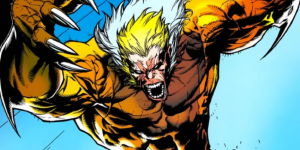 Destra Wolverine Dynamic Asset Fund (DWAAX) will perish heroically on September 15, 2019 after a climactic struggle with Sabretooth and a mediocre performance record that failed to inspire a fraction of the devotion that Wolverine himself did.

Goldman Sachs Absolute Return Multi-Asset Fund (GARDX) – having lost money in two of the four years of its existence, which is hardly in the spirit of “absolute return” – will be liquidated on October 15, 2019.

Harbor Funds’ Board of Trustees has determined to liquidate and dissolve the Harbor Real Return Fund (HARRX) and Harbor Target Retirement 2015 Fund (HARGX). The liquidations are expected to occur on October 30, 2019.

At the recommendation of Meritage Capital, the fund’s adviser, Insignia Macro Fund (IGMLX) will be liquidated on September 9, 2019. The fund misplaced this year’s boisterous market; its -4% return trails its peer group by 14% after leading them by 9% last year.

Manning & Napier Equity Income (MNESX), Income (MSMSX) and International (EXITX) will all be liquidated on November 20, 2019. Very different paths to the same grave: Equity Income is relatively good (top third over five years) but unpopular, Income is great (top 10% over five years) but unpopular, and International … well, sort of earned its EXIT ticker symbol but was relatively popular ($318 million) nonetheless.

The four-star SEI Long/Short Alternative Fund (SNAAX) will, in recognition of “low asset levels due to limited distribution and [the prospect] that there was no expectation of significant future asset growth,” be liquidated on September 27, 2019.

Each reorganization is expected to be consummated on or about the date indicated. WBI is doing a two-step with four of their ETFs. Step 1 is merging, Step 2 is renaming the merged entity. In each case, the “1000,” which referred to the Russell 1000 Value benchmark is being replaced with “3000,” as in Russell 3000 Value. Herewith, what you’ll need to know as of October 25, 2019:

Westwood SMidCap Plus Fund (WHGPX) will be liquidated on September 30, 2019.