Welcome to our annual summer seersucker edition of Mutual Fund Observer! Lots of folks are on vacation – we got nearly 200 “I’m on vacation! Huzzah!” auto-replies to our monthly announcement – and lots of folks are coping with unprecedented heat. The triple digit temps that toasted about two-thirds of the US in mid-July are being repeated across Europe now.

American cities are poorly prepared for heat waves; European cities are far more poorly constructed for them since their summer highs used to be 10-20 degrees cooler than what’s typical in the US. 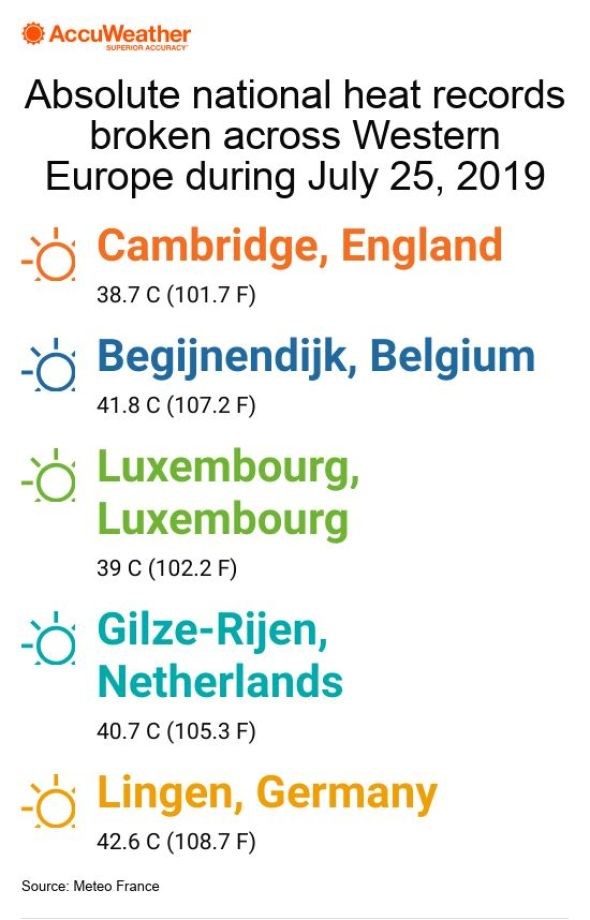 A “heat dome” over the glaciers in Greenland, which translates to highs in the 50s Fahrenheit, has dumped 180 gigatons (i.e., billion tons) of water to the oceans since July 1, about three times the norm.

Axios, a pretty solid New Media news site, published two articles recently: one on how climate change is already affecting our day-to-day lives (and portfolios) and a second on the Fed Reserve’s decision to hold its first-ever research conference on the “implications for monetary and prudential policy of climate change and its consequences.” November, 2019.

If you like your news coverage short, solid and focused, you might enjoy Axios; it’s their stock in trade.

Locally, the almost frenetic pace of building at Augustana is finally slowing and we have a few blessed weeks before the new school year picks up. 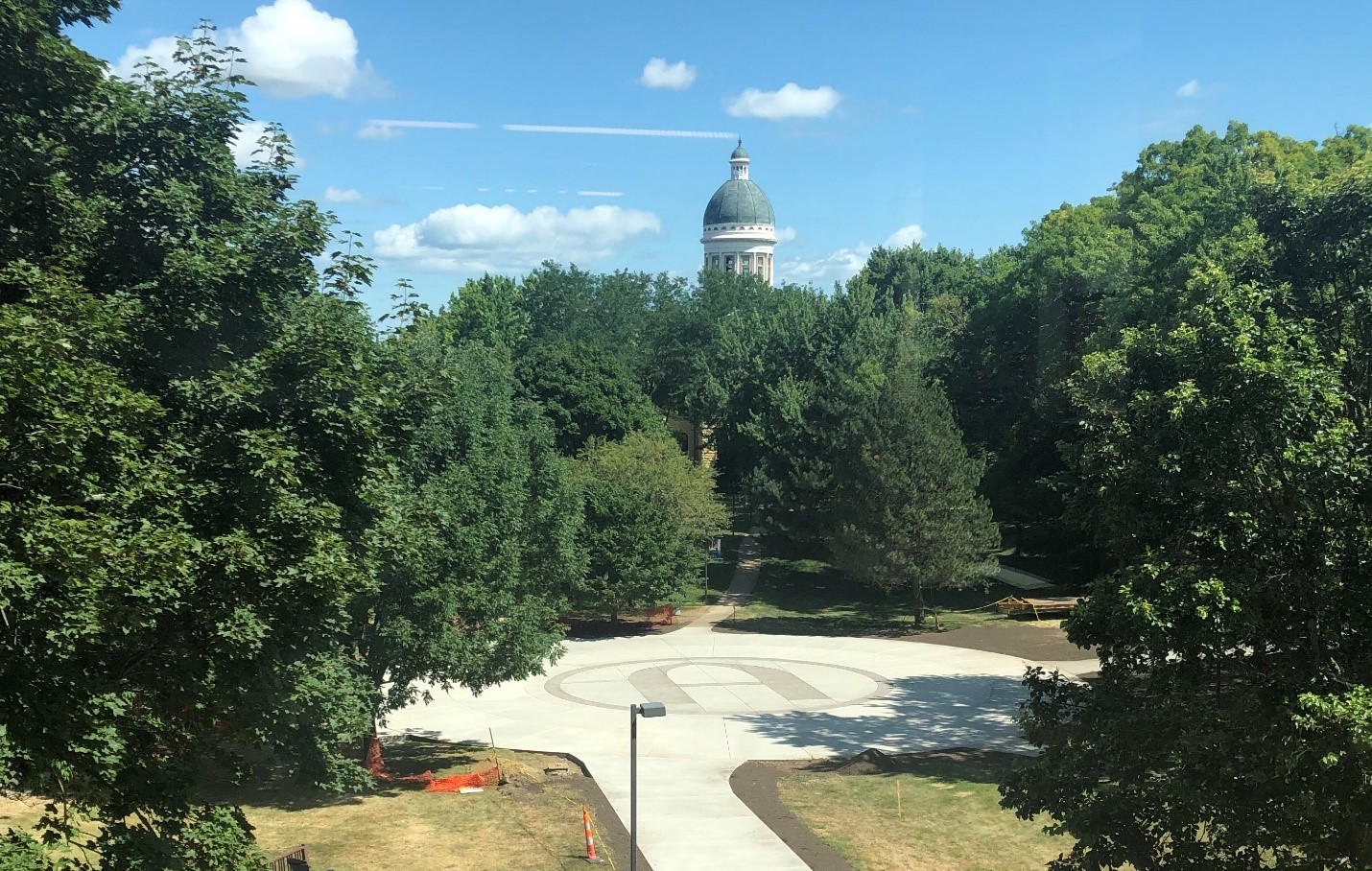 It will be our first year operating on a semester system after at least 60 years using 10-week terms. The tumult should be fascinating. We’ve also enrolled our largest-ever cohort of international students, somewhere over 100 of our 700 incoming students. I have to admit that I’m absolutely stunned by their bravery: most of these students are coming to what is, to them, an utterly alien culture, in the middle of nearly nowhere, eight thousand miles from home with, in many cases, no prospect of seeing their families again for 10 – 20 months. Meanwhile many of the local high school grads (or, more likely, their parents) find the idea of going to school in Chicago – 150 miles east – incomprehensible.

I like the international kids. I’m looking forward to meeting a new cohort of them. I’ll let you know how it goes.

And so our summer issue, as ever, offers a bit of a breather on the investing front.

With heavy heart, I’m passing along word of the passing of Deb Walters a/k/a Slick. She’d had a long fight against multiple cancers, with good stretches and bad. Her executor, Bill Armstrong, reports that “she went peacefully and she was reasonably comfortable.” 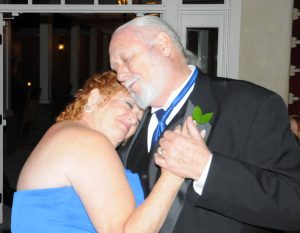 Deb has been a constant champion of MFO, even as the events in her life made her less visible here. She was the first person to become an ongoing subscriber to MFO with a generous monthly contribution, she conceived of using year-end challenge grants to motivate support, she herself pledged two of those challenges, and she was working hard to help me find a path toward financial sustainability for MFO. Quite beyond that, she was calm and sharp, both cheerful and a cheerleader on particularly gray days.

Her interest in MFO reflected both her interest in investing (she was an active member of the AAII and met her late husband, Richard Armstrong, through that shared interest) and in helping non-profit organizations serve their communities. Before retirement she worked full-time for the YWCA and founded a transitional home for female veterans, was on the board of Albuquerque’s Domestic Violence Resource Center, served as Development Director at First Nations and was a charter member of Albuquerque Community Foundation’s Social Giving Club. She laughed freely, and raised basset hounds.

While comfort in her passing is hard to find, just now, I’ll close with the words of the poet Jane Kenyon.

Let the light of late afternoon
shine through chinks in the barn, moving
up the bales as the sun moves down.

Let the cricket take up chafing
as a woman takes up her needles
and her yarn. Let evening come.

Let dew collect on the hoe abandoned
in long grass. Let the stars appear
and the moon disclose her silver horn.

Let the fox go back to its sandy den.
Let the wind die down. Let the shed
go black inside. Let evening come.

To the bottle in the ditch, to the scoop
in the oats, to air in the lung
let evening come.

Let it come, as it will, and don’t
be afraid. God does not leave us
comfortless, so let evening come.

Debbie H. Walters, age 68, rejoined her husband, Richard Armstrong on Tuesday, July 9, 2019. Her life is being celebrated in Albuquerque in mid-August.

Jason Zweig: bidding farewell to one friend, sharing others

On July 19, Jason Zweig shared news of the passing of the person behind the @Nonrelatedsense account; out of respect for the family’s wishes, Mr. Z. declines to share the writer’s identity.  In a spectacularly rich essay, Zweig describes his departed correspondent this way:

NRS tweeted more than 117,000 times—an inimitable mix of investing insights, snarky quips, nature photographs and cocktail recipes. He exchanged what had to be thousands of direct messages with dozens, perhaps hundreds, of people who sought his opinions. (I was among them.)

NRS was blunt, cynical, often profane, but seldom cruel—even though he saw clearly that the business model of many financial companies is to pile up mountains of fees from a blizzard of flim-flam and gibberish. A financial adviser obsessed with mutual funds and income-oriented investments, he could smell baloney in a single sniff—and as soon as he detected it, he mocked it.

At the same time, his tweets and messages were infused with skeptical wisdom and profound uncertainty about how much anyone can ever know (“your confidence in this thesis is far too high to be credible”).

“He remains,” Jason notes, “a model of how financial Twitter can educate investors.” In NRS’s memory, he offers six lists of Tweeters worth following. The first two:

(Our WordPress software really didn’t want us to make these twitter links easily clickable. You’ll have to copy and paste the twitter handles to follow these accounts.)

Blessings to all with a passion for sharing, a sense of humility and thoughts worth sharing. They’re a rare bunch and deserve affirmation.

Things I learned en route to looking up other things

The word “restaurant” derives from the word, “restore.” The word is first assigned, in 1507, to “a restorative beverage.” By most reckonings, the first true restaurant (as distinguished from a tavern that served a bit of food, or wayside inn) was in France. All agreement, thereafter, ends. Most French culinary historians claim the first restaurant was opened by a chef named Boulanger (“baker”) in 1765, of whom colorful stories abound; an English historian politely points out that there’s not a shred of evidence that any such person existed. The first American restaurant was chef Jean Baptiste Gilbert Julien’s Restorator which opened in 1793 near Boston.

The profession “restaurateur,” is the Anglicized version of the French “restorer” which answers my long-time curiosity about why there’s no “N” in the word.

Chef Julien, by the way, lends his name to the technique of slicing vegetables into long, thin strips and to a very good summer soup of clear broth and julienned summer vegetables.

I owe the title of this section to Sydney Harris (1917 – 1986), a Chicago columnist and author who occasionally used this title at the head of an essay of interesting miscellany. As a young reader, I loved those columns. Harris was, in the way of all great Chicago columnists, spectacularly blunt. Fifty years ago, July 21, 1969, he wrote:

One of the most ignorant and hateful statements that a person can make is “If you don’t like it here, why don’t you leave?”

But most people who want to change conditions do like it here: they love it here. They love it so much they cannot stand to see it suffer from its imperfections, and want it to live up to its ideals. It is the people who placidly accept the corruptions and perversions and inequities in our society who do not love America; they love their status, security and special privilege.

Not surprisingly, he ended up on President Nixon’s vaunted “enemies list.”

If you’re in the habit of offering thoughts on non-profit finances and would consider thinking in Deb’s stead, please feel free to contact me. If you’ve been meaning to help support MFO’s mission and Deb’s passing gives you occasion to act on that impulse, just click on the PayPal link over there – in the right hand column – or on the “support us” link at the top of this page.