The ETF industry has continued to distinguish itself for its almost laughable me-tooism. The themes of the day are marijuana (ETFMG Alternative Harvest ETF MJ, AdvisorShares Pure Cannabis ETF YOLO, AdvisorShares Vice ETF ACT which splits time between tobacco, pot and alcohol, The Cannabis ETF THCX, Cambria Cannabis ETF TOKE, Amplify Seymour Cannabis ETF CNBS, Cannabis Growth Opportunity Corp CWWBF) and pets (and pet parents). There are even articles now on the top marijuana ETFs for 2019 and the best marijuana ETFs for conservative portfolios. Uhhh … note to conservative investors, (1) the oldest and largest of these ETFs substantially trails the Vanguard Total Stock Market over the past three years yet has triple the volatility and (2) possession of marijuana is still a federal crime.

Mellody Hobson is now co-CEO of the Ariel Funds, and their largest shareholder. On July 11, founder John Rogers announced that he’d sold part of his stake in the company to Hobson, who has been Ariel’s president since 2000. Here’s his explanation.

Both her promotion, as well as this share purchase, represents a long-planned generational transition of leadership and ownership while simultaneously allowing us to maintain continuity. As many know, I have never been a seller of my Ariel stock and these are the only shares that I ever plan to sell. I am happily doing so to level the playing field.

Mr. Rogers, 61, also announced his intention to continue managing Ariel funds for “at least a decade.”

Effective on or about September 19, 2019, the Franklin Mico-Cap Value Fund (FRMCX) will re-open to new investors. Three months later, its founding manager will retire after 24 years. Morningstar describes it as a two-star fund, which belies its charms. The fund consistently outperforms its SCV peers in rocky mountains – lower standard deviation, lower downside deviation, lower bear market deviation, better bear market composite – but its entirely respectable 10 year returns (10% per year) has it trailing 80% of its peers.

You … missed it? Equable Shares Small Cap Fund (EQSIX) has $14 million in AUM, launched in August 2018, is hard-closed and has performed like this: 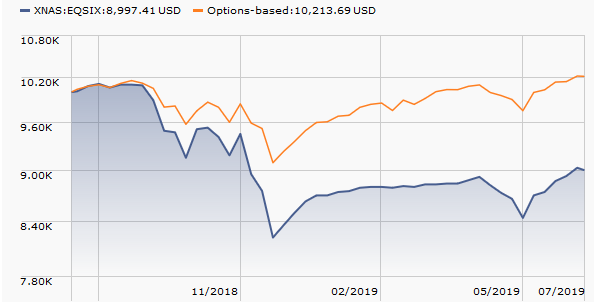 On July 15, 2019, it was opened to new investors. On July 17, 2019, it was hard-closed again. We’re guessing that some one significant investor wanted in, so they opened and closed the door quickly. No idea of why. The manager describes himself as a successful hedge fund guy, so maybe a Richie Rich fleeing the implosion of other hedge funds?

On or about October 1, 2019, DWS European Equity Fund will be renamed DWS ESG International Core Equity Fund (DURAX). The current management team will be removed and replaced by Pankaj Bhatnagar, PhD, and Arno V. Puskar. 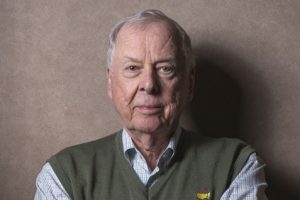 In another hit for the “follow the smart money” strategy, NYSE Pickens Oil Response ETF (BOON) will depart from the ways of the legendary T. Boone Pickens and become the properly corporatized Pickens Morningstar Renewable Energy Response ETF (RENW), tracking the Morningstar North America Renewable Energy Index at which point the “Pickens” in the name becomes a bit gratuitous.

More research, less discipline? On September 9, 2019, JPMorgan Disciplined High Yield ETF’s (JPHY) name will change to the JPMorgan High Yield Research Enhanced ETF. “On the Effective Date, the Fund will adopt a credit research enhanced investment strategy.” Uh-huh. Credit research enhanced. The wording in the new prospectus comes down to “we’ll do about what you’d expect any responsible investor to do,” which is to say:

That leads one to wonder what they aren’t doing currently. The fundamental research? The disciplined portfolio construction? Risk management? The mind boggles.

Giving up the globe: Effective September 3, 2019, Neuberger Berman Global Equity Fund (NGQAX) will change its name to Neuberger Berman Integrated Large Cap Fund. The rebranded fund will invest in domestic large caps though it “may” invest in foreign stocks. It also gets a new management team, Simon Griffiths and Jacob Gamerman.

The Board of Trustees of the Trust has approved a Plan of Liquidation for the Advisory Research MLP & Equity Fund (INFJX). The Plan of Liquidation authorizes the termination, liquidation and dissolution of the fund. In order to perform such liquidation, effective immediately the fund is closed to all new investment. The fund will be liquidated on or about August 26, 2019

AlphaCentric Asset Rotation Fund (ROTAX) will cease rotation on August 23, 2019. The Board determined it was “in the best interests of the Fund and its shareholders.” Given that the fund has lost money for its investors in four of its five years of operation, I’m prone to agree.

Ariel Discovery Fund was liquidated and reorganized with and into Ariel Fund (ARGFX) after 3:00 PM Central Time on June 28, 2019. Given that Ariel’s founder and CEO, John Rogers, is just a bit OCD about things, I wouldn’t be at all surprised to learn that the liquidation occurred precisely at 3:00 CDT.

Broadview Opportunity Fund (BVAOX) will merge into Madison Small Cap Fund (MYSVX) on or about August 30, 2019. I’m not sure of the motivation for the merger, BVAOX has a quarter-billion in assets, but it’s an entirely reasonable outcome for shareholders. The funds have a high correlation (.96) and comparable performance numbers plus, with additional assets, the MYSVX e.r. should drop.

Calamos Emerging Market Equity Fund (CEGAX) will be liquidated on or about September 13, 2019.

Calvert Ultra-Short Duration Income NextShares (CRUSC) will be liquidated on or about August 1, 2019.

Eaton Vance Multisector Income Fund (EVBAX) is merging into Eaton Vance Multi-Asset Credit Fund (EIAMX) by about Thanksgiving. On face, it’s a small three-star fund disappearing into a tiny five-star one. Shareholders should be aware that these are not comparable funds: while Credit has offered twice the returns with barely half the risk, the correlation between the two is low (0.76) and they’re assigned to different Lipper peer groups. You might be happy with your new home, but should certainly take time to figure out whether what they do is what you want.

Franklin Flexible Alpha Bond Fund (FABFX) will merge into Franklin Low Duration Total Return Fund, a move which is currently expected to be completed on or about October 25, 2019, but may be delayed if unforeseen circumstances arise.

On July 17, 2019, the Board of Trustees of Franklin Global Trust, on behalf of Franklin Global Listed Infrastructure Fund (FLGIX), approved a proposal to liquidate and dissolve the Fund. The liquidation is anticipated to occur on or about November 6, 2019.

Franklin Real Return Fund (FRRAX) will merge with and into the Franklin Total Return Fund (FKBAX) on or about January 31, 2020. Two cautions: (1) a Real Return fund targets inflation protection which is not the obsession of a total return fund and (2) Total Return’s management team is changing with Michael Materosso leaving after more than a decade as co-manager and a new guy joining the team.

Franklin Select U.S. Equity Fund (FCEQX) will merge with and into the Franklin Growth Fund, on or about February 7, 2020.

Franklin Mutual International Fund (FMIAX) will merge with and into the Franklin Mutual Global Discovery Fund (TEDIX) on or about February 21, 2020. The former Mutual Series funds are an idiosyncratic bunch, though disciplined and distinctive. TEDIX has a strong special situations / arbitrage / value focus has pretty much defines “out of favor with the market.” As the market turns, it will be an interesting place to be.

Monteagle Informed Investor Growth Fund (MIIFX), which wobbled between trailing 96 and 99% of its peers, will be liquidated on or about August 30, 2019.

In a nice illustration of writing in the passive voice, NorthPointe Large Cap Value Fund (NPLVX) “is expected to cease operations and liquidate on or about August 15, 2019.”

PPM Credit Fund (PKDIX) and PPM Strategic Income Fund (PKSIX) have closed and will be liquidated “as of a date determined by the Trust’s officers (the ‘Cessation Date’), consistent with the Plans.” Well, okay then.

Principal Multi-Manager Equity Long/Short Fund (PGMMX) was slated for liquidation on August 16, 2019.  In mid-July, the Board of Trustees got a bit antsy and accelerated the liquidation to July 31, 2019 “or such other date determined by the Fund’s officers, without further notice to shareholders.”

PSG Tactical Growth Fund (PSGTX) disappeared on July 29, 2019 just 10 days after its board announced their intention to liquidate it. In its best year, it trailed 93% of its peers.

Effective July 17, 2019, the RMB International Small Cap Fund (RMBSX) closed to additional investment in anticipation of being liquidated on August 15, 2019.

On July 17, 2019, the Board of Trustees of Templeton Global Investment Trust, on behalf of Templeton Frontier Markets Fund (TFMAX), approved a proposal to liquidate and dissolve the Fund. The liquidation is anticipated to occur prior to March 31, 2020. The fund was, if nothing else, dramatic: its gains (17-44%) and losses (15-22%) were in the double-digits in nine of the past 10 years. The sole exception was a 5% gain in 2016. That pattern seems not to have enchanted investors.

Wells Fargo sent a 50 page file to shareholders in July, explaining why Wells Fargo Small Cap Value Fund (SMVAX) will get absorbed by Wells Fargo Small Company Value Fund (SCVNX) on September 20, 2019. Here’s the most substantive reason they offered: “The merger will eliminate duplicative expenses and may reduce associated operating costs.” Somehow, Small Cap Value has trailed 95% of its peers over the past 10 years and hasn’t seen a month with net inflows since 2012; rather than burying it at the crossroads at midnight, we decided that it would be easier to have it absorbed by a much smaller, much younger fund with a decent track record. Of course, the team that built SCVNX’s record is gone now and their successors have had a rough first year with bunches of shareholder departures but, hey, we’ve got to do something.

Westwood MLP and Strategic Energy Fund (WMLPX) will liquidate – uhh, run out of energy? – on August 30, 2019. It’s been a perfectly ordinary performer as energy funds go, which is to say that an investment of $10,000 at inception in now worth about $7,000.