“The mystery of the world is the visible, not the invisible.”

This has been an interesting month in the world of mutual funds and fund managers. First we have Charles D. Ellis, CFA with another landmark (and land mine) article in the Financial Analysts Journal entitled “The Rise and Fall of Performance Investing.” For some years now, starting with his magnum opus for institutional investors entitled “Winning the Loser’s Game,” Ellis has been arguing that institutional (and individual) investors would be better served by using passive index funds for their investments, rather than hiring active managers who tend to underperform the index funds. By way of disclosure, Mr. Ellis founded Greenwich Associates and made his fortune selling services to those active managers that he now writes about with the zeal of a convert.

Nonetheless the numbers he presents are fairly compelling, and for that reason difficult to accept. I am reminded of one of my former banking colleagues who was always looking for the pony that he was convinced was hidden underneath the manure in the room. I can see the results of this thinking by scanning some of the discussions on the Mutual Fund Observer bulletin board. Many of those discussions seem more attuned with how smart or lucky one was to invest with a particular manager before his or her fund closed, rather than how the investment has actually performed. And I am not talking about the performance numbers put out by the fund companies, which are artificial results for artificial investors. 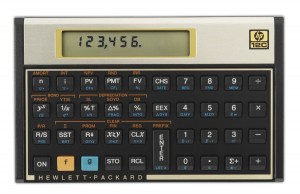 No, I’m talking about the real results obtained by putting the moneys invested and time periods into one’s HP12C calculator to figure out the returns. Most people really do not want to know those numbers, otherwise they become forced to think about Senator Warren’s argument that “the game is rigged.”

Ellis however makes a point that he has made before and that I have covered before. However I feel it is so important that it is worth noting again. Most mutual fund advertising or descriptions involving fees consist of one word and a number. The fee is “only” 1% (or less for most institutional investors). The problem is that that is a phrase worthy of Don Draper, as the 1% is related to the assets the investor has given to the fund company. Yet the investor already owns the assets. What is being promised then? The answer is returns. And if one accepts the Ibbotson return histories for large cap common stocks in the U.S. as running at 8 – 10% per year over a fifty-year period, we are talking about a fee running from 10 – 12.5% a year based on returns.

Taking this concept one step further Ellis suggests what you really should be looking at in assessing fees are the “incremental fee as a percentage of incremental returns after adjusting for risk.” And using those criteria, we would see something very different given that most active investment managers are underperforming their benchmark indices, namely that the incremental fees are above 100% Ellis goes on to raise a number of points in his article. I would like to focus on just one of them for the remainder of this commentary. One of Ellis’ central questions is “When will our clients decide that continuing to take all the risks and pay all the costs of striving to beat the market with so little success is no longer a good deal for them?”

My assessment is that we have finally hit the tipping point, and things are moving inexorably in that direction. Two weeks ago roughly, it was announced that Vanguard now has more than $3 trillion worth of assets, much of it in passive products. Jason Zweig recently wrote an article for The Wall Street Journal suggesting that the group of fund and portfolio managers in their 30’s and 40’s should start thinking about alternative careers, possibly as financial planners giving asset allocation advice to clients. The Financial Times suggests in an article detailing the relationship between Bill Gross at PIMCO and the analyst that covered him at Morningstar that they had become too close. The argument there was that Morningstar analysts had become co-opted by the fund industry to write soft criticism in return for continued access to managers. My own observational experience with Morningstar was that their mutual fund analysts had been top shelf when they were interviewing me and both independent and objective. I can’t speak now as to whether the hiring and retention criteria have changed.

My own anecdotal observations are limited to things I see happening in Chicago. My conclusion is that the senior managers at most of the Chicago money management firms are moving as fast as they can to suck as much money out of their businesses as quickly as possible. In some respects, it has become a variation on musical chairs and that group hears the music slowing. So you will see lots of money in bonus payments. Sustainability of the business will be talked about, especially as a sop to absentee owners, but the businesses will be under-invested in, especially with regard to personnel. What do I base that on? Well, at one firm, what I will call the boys from Winnetka and Lake Forest, I was told every client meeting now starts with questions about fees. Not performance, but fees are what is primary in the client minds. The person who said this indicated he is fighting a constant battle to see that his analyst pool is being paid commensurate with the market notwithstanding an assumption by senior management that the talent is fungible and could easily be replaced at lower prices. At another firm, it is a question of preserving the “collegiality” of the fund group’s trustees when they are adding new board members. As one executive said to me about an election, “Thank God they had two  candidates and picked the less problematic one in terms of our business and causing fee issues for us.”

The investment management business, especially the mutual fund business, is a wonderful business with superb returns. But to use Mr. Ellis’ phrase, is it anything more now than a “crass commercial business?” How the industry behaves going forward will offer us a clue. Unfortunately, knowing as many of the players as well as I do leads me to conclude that greed will continue to be the primary motivator. Change will not occur until it is forced upon the industry.

I will leave you with a scene from a wonderful movie, The Freshman (with Marlon Brando and Matthew Broderick) to ponder.

“This is an ugly word, this scam.  This is business, and if you want to be in business, this is what you do.”