In contrast to the perfect pre-autumnal weather of last year’s ETF conference, Chicago was hot and muggy this past week, where some 1500 attendees gathered for Morningstar’s Investment Conference located at the massive, sprawling, and remote McCormick Place.

On the MFO Discussion Board, David attempts to post nightly his impressions and linkster Ted relays newly published conference articles. To say the event is well covered would be a colossal understatement.

Nonetheless, some impressions for inclusion in this month’s commentary …

If you are a financial adviser not catering to women and millennials, your days are numbered.

On women. Per Sallie Krawcheck, former president of BAC’s Global Wealth division and currently chair of the Ellevate network, which is dedicated to economic engagement of women worldwide, women live six to eight years longer than men … 80% of men die married, while 80% of women die unmarried … 70% of widows leave their financial advisers within a year of their husband’s death.

While women will soon account for majority of US millionaires, most financials advisors don’t include spouses in the conversation. The issue extends to the buy side as well. In a pre-conference session entitled, “Do Women Investors Behave Differently Than Men,” panels cited that women control 51% investable wealth and currently account for 47% of high net worth individuals, yet professional women money managers account for only 5% of assets under management. How can that be?

The consequence of this lack of inclusion is “lack of diversification, higher risk, and money left on table.” Women, they state, value wealth preservation many times more than men. One panelist actually argues that women are better suited to handle the stress hormone cortisol since they need not suffer adverse consequences of interaction with testosterone.

While never said explicitly, I could not help but wonder if the message or perhaps question here is: If women played a greater role in financial institutions and at the Fed in years leading up to 2007, would we have avoided the financial or housing crises?

On millennials. Per Joel Brukenstein of Financial Planning Magazine and creator of Technology Tools for Today website, explains that the days of financial advisors charging 1% annual fee for maintaining a client portfolios of four or five mutual funds are no longer sustainable … replaced with a proliferation of robo-advisors, like Schwab Intelligent Portfolios, which charges “no advisory fees, no account service fees, no commissions, period.”

Ditto, if your services are not available on a smart phone. Millennials are beyond internet savvy and mobile … all data/tools must be accessible via the cloud.

Mr. Brukenstein went so far as to suggest that financial advisors not offering services beyond portfolio management should consider exiting the business. 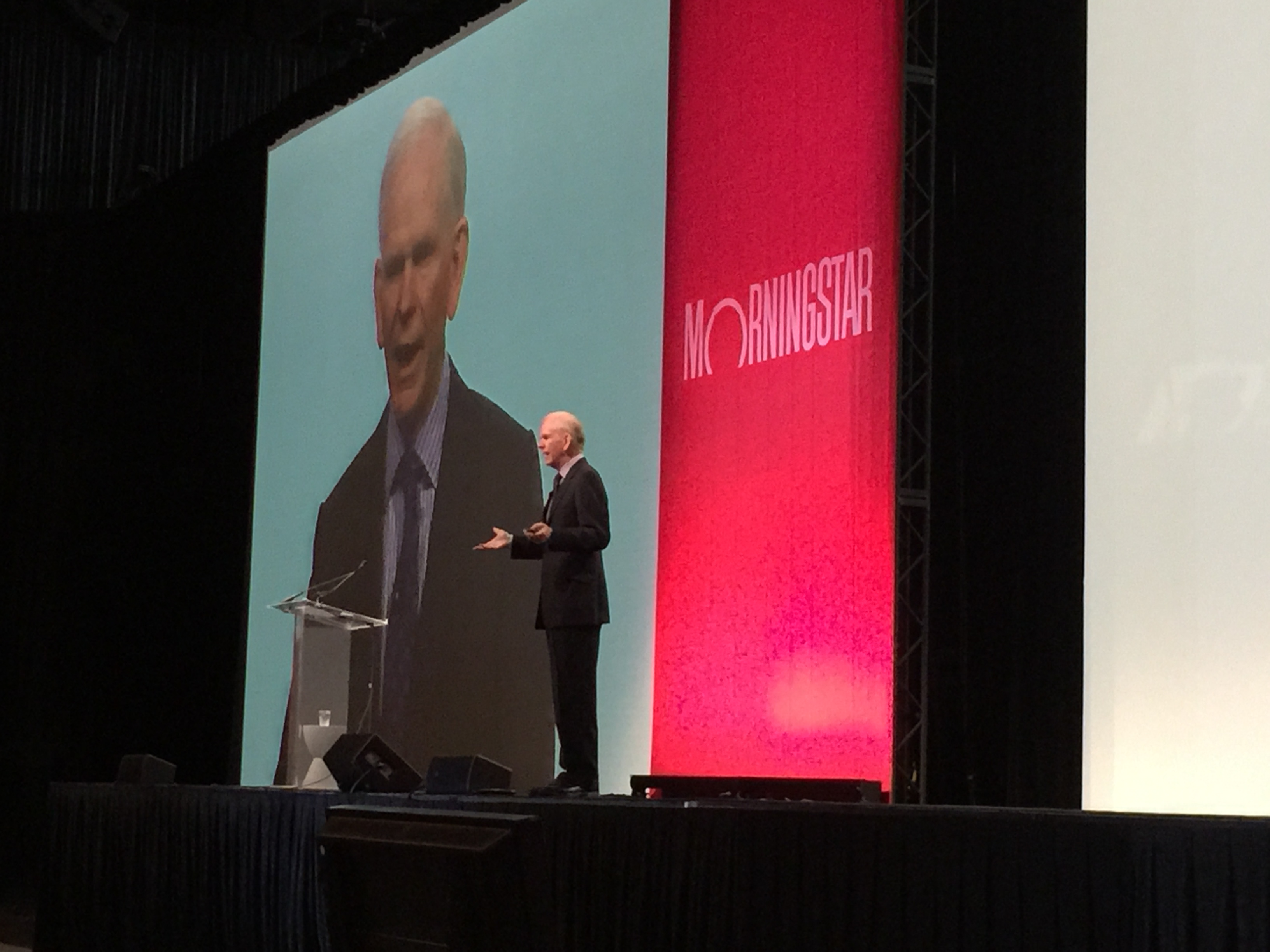 Keynote highlights. Jeremy Grantham, British-born co-founder of Boston-based asset management firm GMO, once again reiterated his belief that US stocks are 30 – 60% overvalued, still paying for overvaluation sins of our fathers … the great bull run of 1990, which started in 1987, finished in 2000, and was right on the heels of the great bull run of the 1980s. No matter that investors have suffered two 50% drawdowns the past 15 years with the S&P 500 and only received anemic returns, “it will take 25 years to get things right again.” So, 10 more years of suffering I’m afraid.

He blames Greenspan, Bernanke, and Yellen for distorting valuations, the capital markets, the zero interest rate policy … leading to artificially inflated equity prices and a stock-option culture that has resulted in making leaders of publically traded companies wealthy at the expense of capital investment, which would benefit the many. “No longer any room for city or community altruism in today’s capitalism … FDR’s social contract no more.”

All that said he does not see the equity bubble popping just yet … “no bubble peaks before abnormal buyers and deals come to market.” He predicts steady raise until perhaps coming presidential election.

Mr. Grantham is not a believer in efficient market theory. He views the cycles of equity expansion and contraction quite inefficiently driven by career risk (never be wrong on your own …), herding, momentum, extrapolation, excursions from replacement value, then finally, arbitrage and mean reversion at expense of client patience. Round and round it goes. 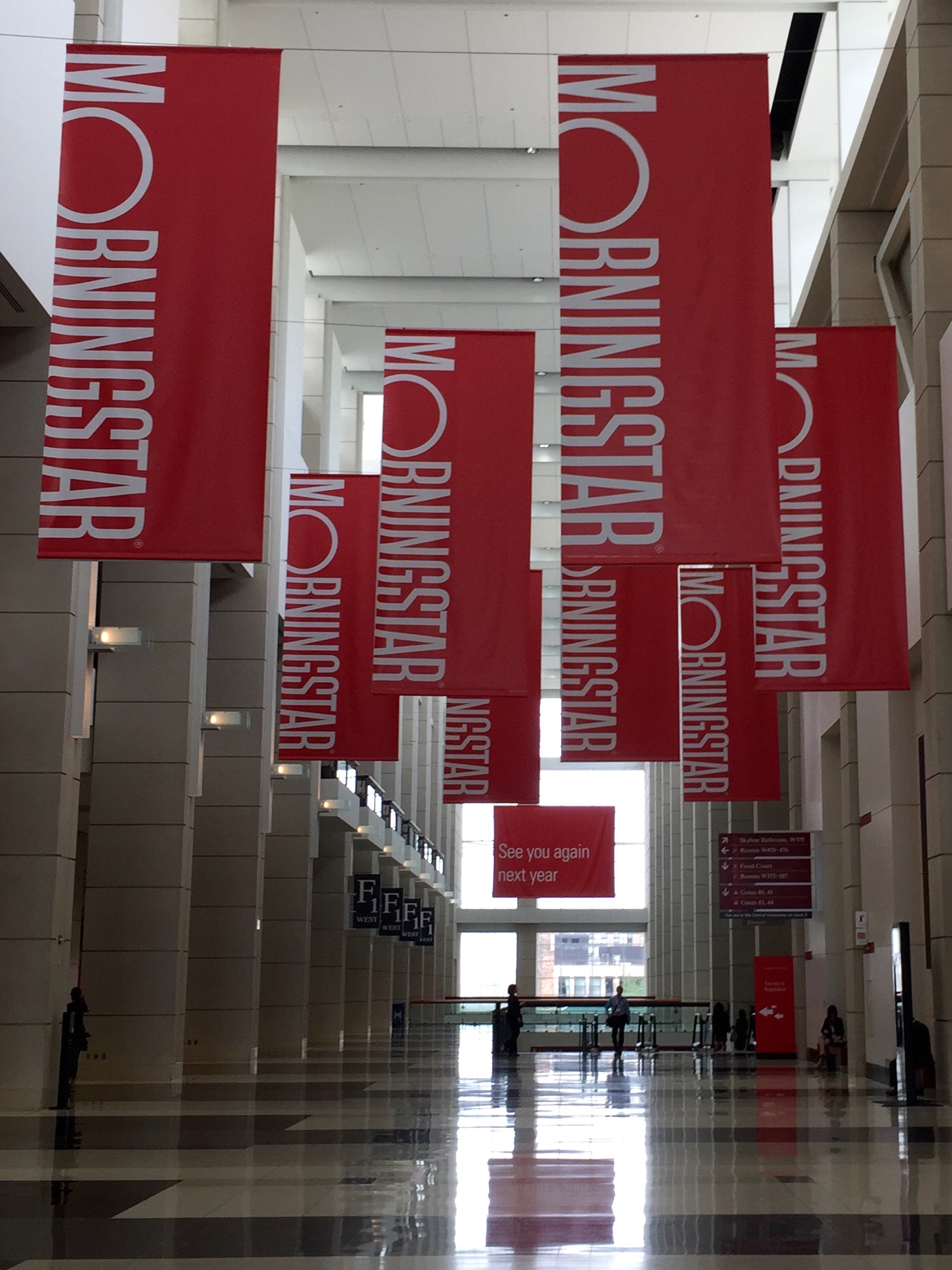 David Kelly, JP Morgan’s Chief Global Strategist whose quarterly “Guide To Markets” now reaches 169 thousand individuals in 25 countries, also does not see a bear market on horizon, which he believes would be triggered by one or more of these four events/conditions: recession, commodity spike, aggressive fed tightening, and/or extreme valuation. He sees none of these.

He sees current situation in Greece as a tragedy … Germany was too tough during recession. Fortunately, 80% of Greek debt is held by ECB, not Euro banks, so he sees no lasting domino effect if it defaults.

On the US economy, he sees it “not booming, but bouncing back.” Seven years into recovery, which represents the fourth longest expansion dating back to 1900. “Like a Yankees/Red Sox game … long because it is slow.”

He disputes Yellen’s position that there is slack in the economy, citing that last year 60 million people were hired … an extraordinary amount. (That is the gross number; subtract 57 million jobs left, for a net of 3 million.) The biggest threat to continued expansion is lack of labor force, given retiring baby boomers, 12.5 of population with felony convictions, scores addicted to drug, and restrictions on foreign nationals, which he calls the biggest tragedy: “We bring them in. They want to be here. We educate them. They are top of class. Then, we send them home. It’s crazy. We need immigration reform to allow skilled workers to stay.”

Like Grantham, he does see QE helping too much of the wrong thing at this point: “Fertilizer for weeds.”

On oil, which he views like potatoes – a classic commodity: “$110 is too much, but $40 is too low.” Since we have “genetically evolved to waste oil,” he believes now is good time to get in cause “prices have stabilized and will gradually go up.”

He closed by remaining us that investors need courage during bear markets and brains during bull markets. 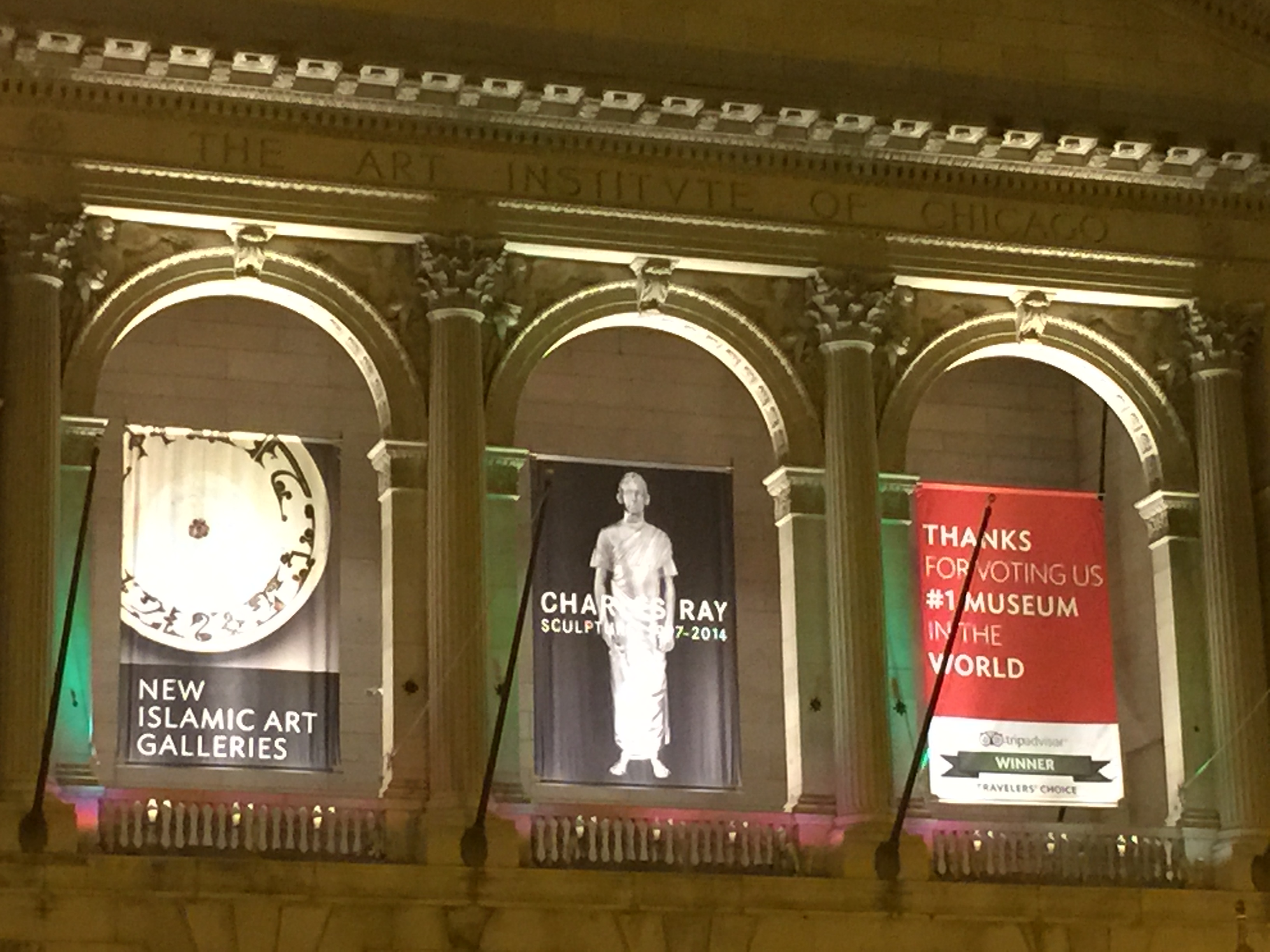 Breakout sessions. Wasatch’s Laura Geritz was stand-out panelist in break-out session “Are Frontier Markets Worth Pursuing?” She articulately described likes (“Active manager’s dream asset class … capital held dear by phenomenal FM management teams … investments by strong subsidiaries, like Nestle … China’s investment in FM … ”) and dislikes (“No practical index … current indices remain too correlated due to lack of diversification … lack of market liquidity …”). She views FM as strictly long-term investment proposition with lots of ups and downs, but ultimately compelling. If you have not listened to her interview with Chuck Jaffe, you should.

Another break-out session, panelists discussed the current increasing popularity of “ESG Investing.” (ESG stands for environmental, social, and governance. ESG funds, currently numbering more than 200, apply these criteria in their investments.) “Ignore increasingly at your own peril … especially given that women and millennials represent the biggest demographic on horizon.” Interestingly, data suggest such funds do just as well if not slightly better than the overall market.