“Moon in a barrel: you never know just when the bottom will fall out.”

So as David Snowball mentioned in his May commentary, I have been thinking about the potential consequences of illiquidity in the fixed income market. Obviously, if you have a portfolio in U.S. Treasury issues, you assume you can turn it into cash overnight. If you can’t, that’s a potential problem. That appears to be a problem now – selling $10 or $20 million in Treasuries without moving the market is difficult. Part of the problem is there are not a lot of natural buyers, especially at these rates and prices. QE has given the Federal Reserve their fill of them. Banks have to hold them as part of the Dodd-Frank capital requirements, but are adding to their holdings only when growing their assets. And those people who always act in the best interests of the United States, namely the Chinese, have been liquidating their U.S. Treasury portfolio. Why? As they cut rates to stimulate their economy, they are trying to sterilize their currency from the effects of those rate cuts by selling our bonds, part of their foreign reserve holdings. Remember, the goal of China is to supplant, with their own currency, the dollar as a reserve currency, especially in Asia and the developing world. And our Russian friends have similarly been selling their Treasury holdings, but in that instance using the proceeds to purchase gold bullion to add to their reserves.

Who is there to buy bonds today? Bond funds? Not likely. If you are a fund manager and thought a Treasury bond was a cash equivalent, it is not. But if there are redemptions from your fund, there is a line of credit to use until you can sell securities to cover the redemptions, right? And it is a committed line of credit, so the bank has to lend on it, no worries! In the face of a full blown market panic, with the same half dozen banks in the business of providing lines of credit to the fund industry, where will your fund firm fall in the pecking order of mutual fund holding companies, all of whom have committed lines of credit? It now becomes more understandable why the mutual fund firms with a number of grey hairs still around, have been raising cash in their funds, not just because they are running out of things to invest in that meet their parameters. It also gives you a sense as to who understands their obligations to their shareholder investors.

We also saw this week, through an article in The Wall Street Journal, that there is a liquidity problem in the equity markets as well. There are trading volumes at the open. There are trading volumes, usually quite heavy, at the end of the day. The rest of the time – there is no volume and no liquidity. So if you thought you had protected yourself from another tsunami by having no position in your fund composed of more than three days average volume of a large or mega cap stock, surprise – you have again fought the last war. And heaven help you if you decide to still sell a position when the liquidity is limited and you trigger one or more parameters for the program and quant traders. 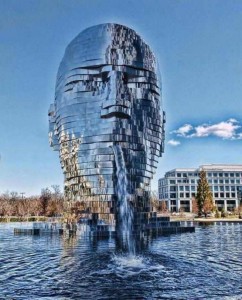 As Lenin asked, “What is to be done?” Jason Zweig, whom I regard as the Zen Philosopher King of financial columnists, wrote a piece in the WSJ on May 23, 2015 entitled “Lessons From A Buffett Believer.” It is a discussion about the annual meeting of Markel Corporation and the presentation given by its Chief Investment Officer, Tom Gayner. Gayner, an active manager, has compiled a wonderful long-term investment record. However, he also has a huge competitive advantage. Markel is a property and casualty company that consistently underwrites at a profitable combined ratio. Gayner is always (monthly) receiving additional capital to invest. He does not appear to trade his portfolio. So the investors in Markel have gotten a double compounding effect both at the level of the investment portfolio and at the corporation (book value growth). And it has happened in a tax-efficient manner and with an expense ratio in investing that Vanguard would be proud of in its index funds.

As an aside, I would describe Japanese small cap and microcap companies as Ben Graham heaven, where you can still find good businesses selling at net cash with decent managements. Joel Tillinghast, the Fidelity Low-Priced Stock Fund manager that David mentions above, claims that small caps in Japan and Korea are two of the few spots of good value left. And, contrary to what many investment managers in Chicago and New York think, you are not going to find them by flying into Tokyo for three days of presentations at a seminar hosted by one of the big investment banks in a luxury hotel where everyone speaks English.

I recently was speaking with a friend in Japan, Alex Kinmont, who has compiled a very strong record as a deep value investor in the Japanese market, in particular the small cap end of the market. We were discussing the viability of a global value fund and whether it could successfully exist with an open-ended mutual fund as its vehicle. Alex reminded me of something that I know but have on occasion forgotten in semi-retirement, which is that our style of value can be out of favor for years. Given the increased fickleness today of mutual fund investors, the style may not fit the vehicle. Robert Sanborn used to say the same thing about those occasions when value was out of favor (think dot.com insanity). But Robert was an investment manager who was always willing to put the interests of his investors above the interests of the business.

Alex made another point which is more telling, which is that Warren Buffett has been able to do what is sensible in investing successfully because he has permanent capital. Not for him the fear of redemptions. Not for him the need to appear at noon on the Gong Show on cable to flog his investment in Bank America as a stroke of genius. Not for him the need to pander to colleagues or holding company managers more worried about their bonuses than their fiduciary obligations. Gayner at Markel has the same huge competitive advantage. Both of them can focus on the underlying business value of their investments over the long term without having to worry about short-term market pricing volatility.

What does this mean for the average fund investor? You have to be very careful, because what you think you are investing in is not always what you are getting. You can see the whole transformation of a fund organization if you look carefully at what Third Avenue was and how it invested ten years ago. And now look at what its portfolios are invested in with the departure of most of the old hands.

The annual Morningstar Conference happens in a few weeks here in Chicago. Steve Romick of FPA Advisors and the manager of FPA Crescent will be a speaker, both at Morningstar and at an Investment Analysts Society of Chicago event. Steve now has more than $20B in assets in Crescent. If I were in a position to ask questions, one of them would be to inquire about the consequences of style drift given the size of the fund. Another would be about fees, where the fee breakpoints are, and will they be adjusted as assets continue to be sought after.

I believe in 2010, Steve’s colleague Bob Rodriguez did a well-deserved victory lap as a keynote speaker at Morningstar and also as well at another Investment Analysts Society of Chicago meeting. And what I heard then, both in the presentation and in the q&a by myself and others then has made me wonder, “What’s changed?” Of course, this was just before Bob was going on a year’s sabbatical, leaving the business in the hands of others. But, he said we should not expect to see FPA doing conference calls, or having a large marketing effort. And since all of their funds at that time, with the exception of Crescent, were load funds I asked him why they kept them as load funds? Bob said that that distribution channel had been loyal to them and they needed to be loyal to it, especially since it encouraged the investors to be long term. Now all the FPA Funds are no load, and they have marketing events and conference calls up the wazoo. What I suspect you are seeing is the kind of generational shift that occurs at organizations when the founders die or leave, and the children or adopted children want to make it seem like the success of the organization and the investment brilliance is solely due to them. For those of us familiar with the history of Source Capital and FPA, and the involvement of Charlie Munger, Jim Gipson, and George Michaelis, this is to say the least, disappointing.