Overcast and drizzling in Chicago on the day Morningstar’s annual ETF Conference opened September 29, the 6th such event, with over 600 attendees. The US AUM is $2 trillion across 1780 predominately passive exchange traded products, or about 14% of total ETF and mutual fund assets. The ten largest ETFs , which include SPDR S&P 500 ETF (SPY) and Vanguard Total Stock Market ETF (VTI), account more for nearly $570B, or about 30% of US AUM.  Here is a link to Morningstar’s running summary of conference highlights.

Joe Davis, Vanguard’s global head of investment strategy group, gave a similarly overcast and drizzling forecast of financial markets at his opening key note, entitled “Perspectives on a low growth world.” Vanguard believes GDP growth for next 50 years will be about half that of past 50 years, because of lack of levered investment, supply constraints, and weak global demand. That said, the US economy appears “resilient” compared to rest of world because of the “blood -letting” or deleveraging after the financial crisis. Corporate balances sheets have never been stronger. Banks are well capitalized.

US employment environment has no slack, with less than 2 candidates available for every job versus more than 7 in 2008. Soon Vanguard predicts there will be just 1 candidate for every job, which is tightest environment since 1990s. The issue with employment market is that the jobs favor occupations that have been facilitated by the advent of computer and information technology. Joe believes that situation contributes to economic disparity and “return on education has never been higher.”

Vanguard believes that the real threat to global economy is China, which is entering a period of slower growth, and attendant fall-out with emerging markets. He believes though China is both motivated and has proven its ability to have a “soft landing” that relies more on sustainable growth, if slower, as it transitions to more of a consumer-based economy.

Given the fragility of the global economy, Vanguard does not see interest rates being raised above 1% for the foreseeable future. End of the day, it estimates investors can earn 3-6% return next five year via a 60/40 balanced fund. 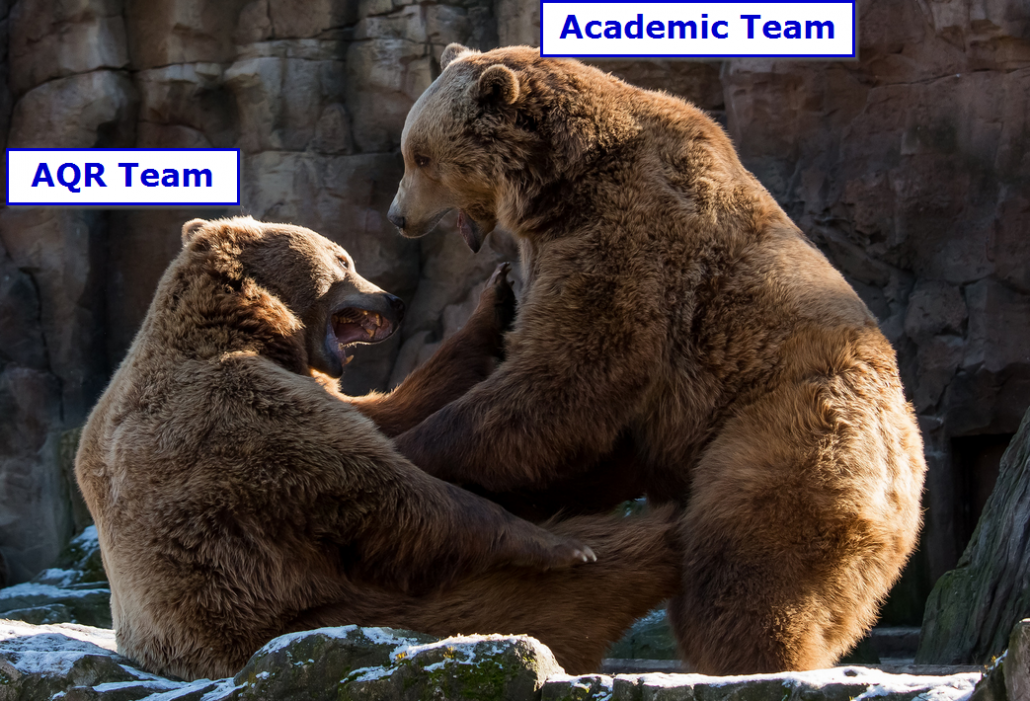 J. Martijn Cremers and Antti Petajisto introduced a measure of active portfolio management in 2009, called Active Share, which represents the share of portfolio holdings that differ from the benchmark index holdings. A formal definition and explanation can be found here (scroll to bottom of page), extracted from their paper “How Active Is Your Fund Manager? A New Measure That Predicts Performance.”

Not everybody agrees that the measure “Predicts Performance.” AQR’s Andrea Frazzini, a principal on the firm’s Capital Management Global Stock Selection team, argued against the measure in his presentation “Deactivating Active Share.” While a useful risk measure, he states it “does not predict actual fund returns; within individual benchmarks, it is as likely to correlate positively with performance as it is to correlate negatively.” In other words, statistically indistinguishable.

AQR examined the same data as the original study and found the same quantitative result, but reached a different implication. Andrea believes the 2% higher returns versus the benchmark the original paper touted is not because of so-called high active share, but because the small cap active managers during the evaluation period happened to outperform their benchmarks. Once you break down the data by benchmark, he finds no convincing argument.

He does believe it represents a helpful risk measure. Specifically, he views it as a measure of activity.  In his view, high active share means concentrated portfolios that can have high over-performance or high under-performance, but it does not reliably predict which.

Why is a large firm like AQR with $136B in AUM calling a couple professors to task on this measure? Andrea believes the industry moved too fast and went too far in relying on its significance.

The folks at AlphaArchitect offer up a more modest perspective and help frame the debate in their paper, ”The Active Share Debate: AQR versus the Academics.” 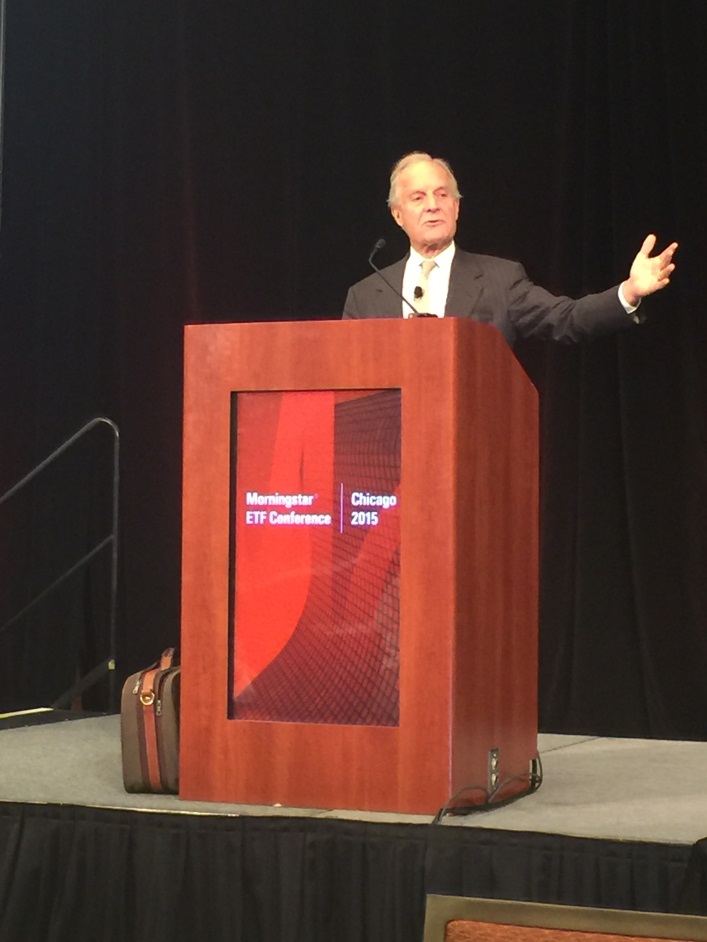 Charles Ellis, renowned author and founder of Greenwich Associates, gave the lunchtime keynote presentation. It was entitled “Falling Short: The Looming Problem with 401(k)s and How To Solve It.”

He started by saying he had “no intention to make an agreeable conversation,” since his topic addressed the “most important challenge to our investment world.”

The 401(k) plans, which he traces to John D. Rockefeller’s gift to his Standard Oil employees, are falling short of where they need to be to support an aging population whose life expectancy keeps increasing.

The reasons for the shortfall include employers offering a “You’re in control” plan, when most people have never had experience with investing and inevitably made decisions badly. It’s too easy to opt out, for example, or make an early withdrawal.

The solution, if addressed early enough, is to recognize that 70 is the new 65. If folks delay drawing on social security from say age 62 to 70, that additional 8 years represents an increase of 76% benefit. He argues that folks should continue to work during those years to make up the shortfall, especially since normal expenses at that time tend to be decreasing.

He concluded with a passionate plea to “Help America get it right…take action soon!” His argument and recommendations are detailed in his new book with co-authors Alicia Munnell and Andrew Eschtruth, entitled “Falling Short: The Coming Retirement Crisis and What to Do About It.”