Since the number of funds we can cover in-depth is smaller than the number of funds worthy of in-depth coverage, we’ve decided to offer one or two managers each month the opportunity to make a 200 or 300 word pitch to you. That’s about the number of words a slightly-manic elevator companion could share in a minute and a half. In each case, I’ve promised to offer a quick capsule of the fund and a link back to the fund’s site. Other than that, they’ve got 200 words and precisely as much of your time and attention as you’re willing to share. These aren’t endorsements; they’re opportunities to learn more. 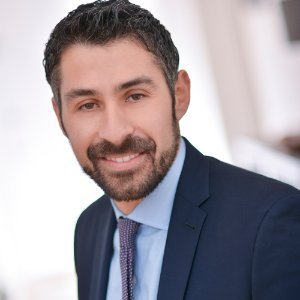 The strategy has been in place since 1991 and three of the current managers have been around that entire time. The nine members of the team have an average experience of 27 years, at DGHM and prior. The common experience working together as a team at DGHM is 17 years.

There are structural and psychological reasons for that. Investors do not want to own more than 5% of a company’s stock; otherwise they’re classified as “control persons” and their lives get complicated. For a manager with, say, $10 billion in assets, a $12 million investment in a $250 million stock isn’t worth considering. Likewise, index designers want to feature the most liquid companies in their target universe so they can license them to large investors. Microcap indexes tend to be skewed in favor of stocks interesting to large investors; at the same time, the average microcap stock is covered by just two analysts, with a quarter covered by none. As a result, the price of a firm’s stock can often diverge dramatically from the value of the underlying business.

Value stocks, likewise, engender less coverage and less passion than do growth stocks. It’s easy to brag to your friends about your early move on Facebook or Google; you get blank stares or pitying expressions if you mention your Chicago Bridge & Iron stock. People get excited about famous growth stocks and bid them up; they get despondent on anonymous value stocks and bid them down.

DGHM illustrates the inevitable result of systemic mispricing in their white paper on microcap investing. 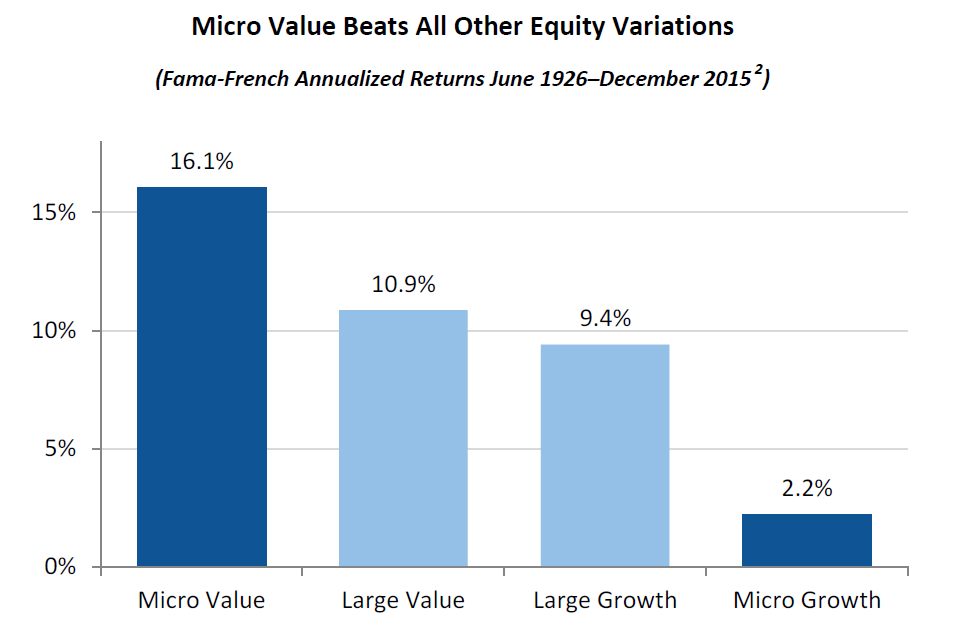 The fact that tiny stocks are so fundamentally out-of-step with mainstream stocks also means that they can be used to hedge a portfolio. Research by Ariel Investments shows that over a 25 year period, a standard 60/40 portfolio with no microcaps earned 7.7% with a standard deviation of 13.3%. If you were to split the stock investment half and half between microcaps and S&P 500 stocks, returns rise to 10.6% annually while volatility falls to 9%. Right: adding an uncorrelated, volatile asset class to a standard portfolio increased returns by 38% and reduced volatility by 40%.

DGHM has been investing in this space for 25 years, albeit mostly through non-public vehicles. The available data suggests that they’ve done well:

Here are Mr. Porter’s 283 words on why you should add his newly-public manifestation of the strategy to your due-diligence list:

DGHM was started in 1982, and we were a pioneer in the micro cap market. What we love about micro cap stocks is that they are underfollowed by Wall Street, misunderstood and represent an opportunity for everyday investors that the largest institutions cannot access due to their scale. The lack of attention paid to them adds to their attractiveness in our eyes. It’s a market that you don’t want to own in a basket – there are about 3000 microcap companies, and yet that’s just 3% of the market’s total capitalization. Many of these companies you would not want to own!

To get through that large universe of stocks, we rely on our team of 9 “sector specialists”, or PM’s that focus on individual industries. That’s a big difference about DGHM – no corner office PM expected to know it all.  Based upon a quantitative analysis we segment the market into quartiles of attractiveness, considering valuation, profitability, and returns on capital.  Among those companies in the top quartile of scorers, we will select about 65 or so stocks. So, in essence, we are making bets on 1 out of every 46 stocks in the market, more or less. After the quantitative review, we want to know what’s special about this small company, how repeatable is their financial performance, how capable and effective is the management team, and what catalysts might lift the company higher out of its value priced doldrums. That’s the fundamental piece of what we do, and requires a lot of direct interaction with the company’s senior management.

Ultimately, our investors own a diversified portfolio of companies that aren’t exactly name brands, but they have attractive free cash flows and are solid businesses.

DGHM MicroCap Value has a $2500 minimum initial investment for its Investor class and $100,000 for Institutional. Expenses are capped at 1.50% on the investor shares and 1.19% for institutional shares, with a 1.0% redemption fee on shares sold within 60 days. The microcap strategy has about $120 million in assets, of which about $20 million is in the fund. Here’s DGHM’s fund homepage. It’s pretty thin on content though there’s rather more elaboration on the DGHM page and also links to their white paper on microcap investing, podcasts, media interviews and so on.