The first to do it was Harry Houdini, on January 7th, 1918. Criss Angel upped the ante with a herd in 2013. Penn & Teller gave it a comic twist in 2015 with their “Vanishing African Spotted Pygmy Elephant Act” (spoiler alert: “Elsie” was a cow with a taped-on trunk). 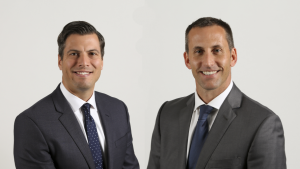 The old trick is making an elephant (mostly gray, occasionally spotted) disappear, but no one has managed the disappearance of a white elephant as quickly and as simply as Messrs. Knerr and Manton.

Knerr and Manton manage Shelton International Select Equity, a fund that began life as WHV International Equity WHVAX. From inception in 2008 – February 2016, the fund was managed by Richard K. Hirayama on behalf of WHV Investments. Founded in San Francisco in 1937, shortly after the launch of Dodge & Cox in the same city, WHV was one of the best known investment managers on the West Coast. In the present century, Mr. Hirayama was their best-known manager and his international equity strategy, which once held over $10 billion, 90% of all the firm’s assets. Mr. Hirayama made a substantial and ill-timed (some would say “principled”) bet on the proposition that buoyant global growth would cause the fund’s stake in energy, materials and industrials to soar.

Investors, in particular large institutional ones, lost patience and fled in droves. Assets fell to $6 billion in mid-2015, $230 million by its October 2015 annual report and $52 million by April 2016.

At that point, things began to change. In February 2016, Mr. Hirayama retired and withdrew from investment management, to be succeeded by Knerr, Manton and a now-departed associate, operating as Rivington Investments. On July 18, 2016, Shelton Capital succeeded WHV as the investment adviser to the Fund and the Rivington team became a Shelton team. On August 12, 2016, the fund was renamed Shelton International Select Equity Fund but retained its original ticker symbols. On August 1, 2017, the fund acquired two new ticker symbols: SISLX and SISEX.

That change is surprisingly important, because those ticker symbols tied the fund to an abysmal 10-year record and to the one-star rating that stumbles in 2014-early 2016 earned. That represented an enormous drag on the fund’s future prospects since even if they could get past an advisor’s statistical screens to have a conversation, those conversations would always begin with a long talk about the fund’s past rather than about its future.

That would be regrettable, since the fund’s future appears distinctly bright. With a new set of tickers, the managers need only account for their own performance, which has been solid both with the fund and with their separate account strategy. The managers met a decade ago at Deutsche Asset Management, rose, grew a bit frustrated by a staid culture and, after a brief stint at Victory Capital, left to start their own firm. The team from Rivington Investments has been managing assets for nearly a decade, directly and as a sub-advisor, using the same strategy that’s now being employed at Shelton. One of the guys’ fundamental conclusions was that most strategies started by looking at the wrong factors (sector and industry, for examples) when assessing securities and constructing a portfolio. Their conclusion is that understanding where a firm is located in its corporate lifecycle – which runs in five phases from the young, volatile innovators to creaking distressed securities – is more important than knowing its sector, industry or the location of its headquarters.

That strategy has performed well – they’ve beaten their benchmark by 225 bps/year since inception, and have comfortable leads over it for the past one, three, five and seven-year periods (as of 6/30/2017).

We asked the team to share a couple hundred words in answer to the question, why you?

(Matthias:) Andy and I started together just about 10 years ago at Deutsche Asset Management (DeAM). Our experience at DeAM, a huge firm with seemingly endless resources, was that managers continued to underperform, and yet no one seemed willing to question the basic building blocks of their investment process.  (Andy:) We were frustrated with the common mentality of grouping or segmenting the investment universe based on a bunch of factors – industry, country, sector or region – which provided little meaningful information to an investor. We set out to create a process that put us at a better starting point and made us more efficient. (Matthias:)  We considered a number of approaches and became particularly interested in the concept of the corporate lifecycle. Firms at similar stages in their lifecycle show important similarities with regard to factors such as growth rates, capital requirements, cash flow returns and so on. Those commonalities provide fundamental signals or indicators about a firm’s prospects. (Andy:)  So we started to develop a set of tools to make us a lot more efficient; they help us strip down the basic equation of return on capital versus growth regardless of the accounting regime in place.  (Matthias:) The one thing we wanted to make sure was to have our alpha driven by stock selection; hence, we want to maximize the time we spend picking stocks and improve our effectiveness at it and not waste time on other areas.

(Matthias:)  Life-cycle explicitly recognizes adaptation and change over time. We’re incredibly vigilant about changes that might impact the portfolio. We have a weekly risk management meeting to assess the biggest contributors to risk and how we might adjust the portfolio based on risk outliers.

Here’s the fund’s homepage. It’s currently a bit thin on content, but that is because of the ticker change.  The guys promise that updated Commentaries and Factsheets, along with a complete overhaul of the website, are coming very soon.