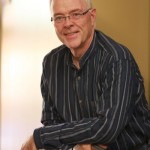 David Snowball, PhD (Massachusetts). Cofounder, lead writer. David is a Professor of Communication Studies at Augustana College, Rock Island, Illinois, a nationally-recognized college of the liberal arts and sciences, founded in 1860. For a quarter century, David competed in academic debate and coached college debate teams to over 1500 individual victories and 50 tournament championships. When he retired from that research-intensive endeavor, his interest turned to researching fund investing and fund communication strategies. He served as the closing moderator of Brill’s Mutual Funds Interactive (a Forbes “Best of the Web” site), was the Senior Fund Analyst at FundAlarm and author of over 120 fund profiles. David lives in Davenport, Iowa, and spends an amazing amount of time ferrying his son, Will, to baseball tryouts, baseball lessons, baseball practices, baseball games … and social gatherings with young ladies who seem unnervingly interested in him.


“As for me, I baptize you with water for repentance, but He who is coming after me is mightier than I, and I am not fit to remove His sandals; He will baptize you with the Holy Spirit and fire.” Matthew 3:11

“Making far more than a single statement, Cantigny was the doughboys’ baptism by fire, and for those who survived, it became the crucible by which they would measure all subsequent experience, in large-scale fighting at Soissons and the grand Meuse-Argonne offensive … May 28, 1918, was the US military’s coming-of-age—the day it crossed a historical no-man’s-land that separated contemporary fighting methods from the muskets and cannon of the nineteenth century. END_OF_DOCUMENT_TOKEN_TO_BE_REPLACED

END_OF_DOCUMENT_TOKEN_TO_BE_REPLACED

On March 19, 2020, Grandeur Peak launched the U.S. Stalwarts (GUSYX) fund, the third of their “alumni funds.” U.S. Stalwarts will invest primarily in U.S. companies with market caps at the time of purchase of $1.5 billion or more. The fund’s first portfolio disclosure reflects those emphases: 84% US and 75% mid- to large-cap stocks.

Grandeur Peak, founded in 2011 by emigres from Wasatch Advisers which is located four miles down END_OF_DOCUMENT_TOKEN_TO_BE_REPLACED

On April 30, Matthews Asia launched its Emerging Markets Equity Fund. In parsing the name, please note that “Asia” modifies “Matthews,” rather than “Emerging Markets.” That is, this will be the first global equity fund in the Matthews lineup. While this is not the first time that Matthews has considered a fund with global reach (Mr. Matthews and Andrew Foster discussed it a decade ago), this is the first time that the Matthews strategy map encompasses the whole END_OF_DOCUMENT_TOKEN_TO_BE_REPLACED

The fund seeks long-term gains which it pursues through a primarily domestic stock and bond portfolio. The managers will invest as heavily in stocks as the market warrants, which might be 40% and it might be near 80%. The equity portfolio is not constrained by market capitalization but the managers prefer small cap stocks. The bond portfolio is primarily convertible and long-dated “zero coupon” corporate bonds. The managers might invest in distressed securities, both in the equity and fixed-income portfolios. They may be “a large cash position for a transitional period of time.” At the start of the END_OF_DOCUMENT_TOKEN_TO_BE_REPLACED

The Securities and Exchange Commission, by law, gets between 60 and 75 days to review proposed new funds before they can be offered for sale to the public. Each month, Funds in Registration gives you a peek into the new product pipeline. Most funds currently in registration are in a scramble to launch by June 30th with the hope that having a “standard reporting period” to share with investors sooner. END_OF_DOCUMENT_TOKEN_TO_BE_REPLACED

Chicago Equity Partners Balanced (MBEAX) no more. MBEAX has been a splendid performer that mixed high-quality, larger US stocks (93% mid- to mega-cap) with investment-grade bonds (99.5% BBB or above, at last reading). Effective April 17, 202, it became the AMG GW&K Global Allocation Fund (MBEAX) with a new name, new team, and new discipline. The portfolio shifts from domestic to global in both its equity and bond sleeves.

Investors should treat this as END_OF_DOCUMENT_TOKEN_TO_BE_REPLACED

When I say, “I hope you’re well,” it’s far more than an opening formality.

If so, you missed it. The Great Bull Market of 2020. In perhaps the shortest-lived bull market in history, the DJIA rebounded by over 21.4% in three days after The (First) Bear Market of 2020. The latter growled from 19 February – 23 March, while the latter charged from 23 – 26 March after which we had a sharp down, a sharp up, a wimpy down and END_OF_DOCUMENT_TOKEN_TO_BE_REPLACED

Long-short funds generally position themselves as “the new 60/40,” that is, as funds appropriate as a core holding for a reasonably conservative investor. Their argument is that 60/40 funds work only when both the stock and bond markets are in a relatively good mood. A fund that simultaneously bets against wobbly companies with overvalued stocks and bets in favor of high-quality companies with undervalued ones has the prospect of earning money, or at least minimizing pain, even when markets are behaving poorly.

There are two problems with such funds. First, they END_OF_DOCUMENT_TOKEN_TO_BE_REPLACED

First Pacific Advisers, the adviser to the FPA funds, has reached an agreement with London-based Polar Capital. Under the agreement, FPA’s International Value and World Value teams – headlined by Pierre Py and Greg Herr – will operate as Phaeacian Partners, an independent subsidiary of Polar Capital. The transition from FPA to Polar would play out over six to nine months.

One Rock Fund (ONERX) launched on March 6, 2020, the only public offering by – and only client of – Wrona Investment Management of Pinehurst, NC.

One Rock will invest in the stocks of corporations with “business momentum.” Here’s a description of the END_OF_DOCUMENT_TOKEN_TO_BE_REPLACED

In real estate, it’s all about location.

In investing, it’s all about timing.

On February 5, 2020, which the Dow at 28,807, Direxion launched the Direxion Flight to Safety Strategy ETF (FLYT). The passive fund tracks an index comprised of gold, large-cap utility stocks, and long-dated US Treasury bonds. It rebalances quarterly, with the least volatile component of END_OF_DOCUMENT_TOKEN_TO_BE_REPLACED

The Securities and Exchange Commission, by law, gets between 60 and 75 days to review proposed new funds before they can be offered for sale to the public. Each month, Funds in Registration gives you a peek into the new product pipeline. Most funds currently in registration will not become available until June.

Fidelity has disclosed plans to underwrite their money market funds in order to keep their yield from going negative. They have also closed Fidelity Treasury Only Money Market Fund, FIMM Treasury Only Portfolio, and FIMM Treasury Portfolio, which have cumulative $85.5 billion AUM. Fidelity was concerned about the yields on T-bills which, briefly, looked like END_OF_DOCUMENT_TOKEN_TO_BE_REPLACED

Welcome to spring. Meteorological spring, anyway, that brief interval when the Quad Cities are wedged between end of snow and the beginning of flood, between the end of hockey and the start of minor league baseball, between the days when you can’t imagine the end of winter and the ones where you can nearly taste the arrival of spring.

Celebrate it all, since it’s END_OF_DOCUMENT_TOKEN_TO_BE_REPLACED

A tradition dating back to the days of FundAlarm was to annually share our portfolios, and reflections on them, with you.

Four rules have governed my portfolio for the past 15 years or so.

For any goal that’s closer than 10-15 years away, stock investing is speculation. Stocks rise and fall far more dramatically than other investments and, once they’ve fallen, it sometimes feels like they can’t get up. Equity income funds are typically very conservative vehicles, and yet they took four years to regain their October 2007 peaks. International large cap core funds took seven years to reach break-even while domestic large-cap core funds were underwater for five-and-a-half years. The worst-hit categories languished for nine years.

Research conducted by T. Rowe Price and shared here, on several occasions, led me to conclude that I wouldn’t gain much from a portfolio that exceeds 50% stocks. My target allocation is 50% income (half in cash-like investments, half in somewhat riskier ones) and 50% growth (half in firms domiciled in the US and half elsewhere). Based on a review of 70 years of returns (1949-2018), this allocation would typically END_OF_DOCUMENT_TOKEN_TO_BE_REPLACED

The YCG Enhanced Fund seeks to maximize long-term capital appreciation consistent with reasonable investment risk. The portfolio consists of an equity component and an options component. The equity component attempts to identify and invest in the world’s best companies, which they designated “global champions.” The central characteristic of such firms is that they’re among the very few with long-term pricing power; that is, the nature of their industry and business is that they can consistently dictate prices to their users in exchange for irreplaceable services. The equity component ranges from 15-50 names, mostly large cap, mostly domiciled in the US. The median market cap of $80 billion because “global champions” aren’t small. The managers may also write put options and covered call options on a substantial portion of the equity portfolio to generate additional income and heighten tax efficiency. They do not use options to generate leverage. END_OF_DOCUMENT_TOKEN_TO_BE_REPLACED

The Global Value team managers are Daniel O’Keefe, Justin Bandy and Michael McKinnon. The senior member of the team is Mr. O’Keefe who joined Artisan from Harris Associates (advisers to the Oakmark funds) in May, 2002. Up until October 2018, Mr. O’Keefe was paired with David Samra on running the International Value and Global Value strategies. They, to put it gently, were awesome. Artisan notes that O’Keefe and Samra “were nominated six times (in 2008, consecutively from 2011-2014 and again in 2016) for Morningstar’s International-Stock Fund Manager of the Year award in the US. Mr. O’Keefe and Mr. Samra won the award for their joint management efforts in 2008 and in 2013 for the management of international-stock funds.” In October 2018, the team was split, with Mr. Samra maintaining custody of Artisan International Value (ARTKX) and Mr. O’Keefe overseeing Artisan Global Value. The funds have outperformed their peers by 4.7% and 4.3%, respectively, since launch. The translation, in both cases, is that the funds have very nearly doubled the returns of their peers over the long-term.

Artisan’s précis of the team’s approach:

The investment team seeks to END_OF_DOCUMENT_TOKEN_TO_BE_REPLACED

The Securities and Exchange Commission, by law, gets between 60 and 75 days to review proposed new funds before they can be offered for sale to the public. Each month, Funds in Registration gives you a peek into the new product pipeline. Most funds currently in registration will not become available until late April.

We found 14 funds in the pipeline. Two stand-out opportunities: an active, non-transparent ETF version of END_OF_DOCUMENT_TOKEN_TO_BE_REPLACED

Every month we track changes to the management teams of equity, alternative and balanced funds, along with a handful of fixed-income ones. Why “a handful”? Because most fixed-income funds are such sedate creatures, with little performance difference between the top quartile funds and the bottom quartile, that the changes are not consequential. Even in the realms we normally cover, the rise of management committees dilutes the significance of any individual’s departure or arrival.

We tracked down 40 funds with manager changes this month. Special thanks to the folks at Morningstar for sharing their monthly spreadsheet of all major changes in the fund industry with it; it’s an invaluable double-check on the work that Chip, The Shadow and others do in tracking movements in the industry.

Most of the changes are low-key, though it is interesting that END_OF_DOCUMENT_TOKEN_TO_BE_REPLACED