ESG funds drew over $50 billion of net inflows in 2020, more than double their gains in 2019, according to Morningstar. On the whole, they performed splendidly.

A particularly surprising finding is that ESG-screened funds perform exceptionally well in sharp market corrections, both in market crashes between 2000-2011 and in the 2020 Covid crash. While such funds might marginally trail broader markets in good times, their down-market performance gives them an attractive long-term profile.

In the normal course of events, we screen the fund universe (which includes active ETFs) for intriguing options which had debuted in the preceding three months. In general, that means reviewing “Funds in Registration” columns from the preceding quarter, as well as screening MFO Premium and Morningstar databases.

We arrived at this fund END_OF_DOCUMENT_TOKEN_TO_BE_REPLACED

On the value of actual human intelligence: The decade’s biggest fund scandal broke on Monday when the SEC accused the advisor of Infinity Q Diversified Alpha Fund (IQDNX) of “adjusting the methodology for obtaining certain asset valuations.” James Velissaris, founder and CIO, was placed on administrative leave while the investigation continues.

The remnants of the fund’s website describe it this END_OF_DOCUMENT_TOKEN_TO_BE_REPLACED

The Delights of January

I’m writing this on the final day of my January (aka J-term) class, Advertising and Consumer Culture. The course, like Propaganda, falls within the purview of my academic specialty, mass persuasion and compliance-gaining. It starts with the deceptively simple query: what might the consequences be of hearing the same message – you should be dissatisfied with your life, you need more! – 100,000 times?

Not to keep you in suspense but “not good.”

I approached the class with a sense of END_OF_DOCUMENT_TOKEN_TO_BE_REPLACED

Mention of “trending funds” often invokes thoughts of investors pouring into the hottest fund and that is probably true to an extent. This article looks at stages of trends for funds. This is an evolving experiment based on data about trends, moving averages and money flows from MFO Premium. As someone nearing retirement, I own core funds that are buy and hold for extended periods. I also invest a portion to take advantage of the economic and investing environment. Investors should develop storylines of why they own funds such as low valuations, a declining dollar, inflation, and stimulus expectations, but should look for confirming trends before investing.

The first stage of trending funds is after a correction for funds that are starting to recover, which I designated as the END_OF_DOCUMENT_TOKEN_TO_BE_REPLACED

A tradition dating back to the days of FundAlarm was to annually share our portfolios, and reflections on them, with you. My portfolio, indolent in design and execution, makes for fearfully dull reading. That is its primary charm.

2020 was replete with adventures and surprises END_OF_DOCUMENT_TOKEN_TO_BE_REPLACED

2020 seems to have restored our belief in wizards, wands, fairy dust, and the powers of the Great Wizard Jerome (Powell). It is a year in which more funds and ETFs posted 100%-plus returns than any I know of. Setting aside leveraged, double-leveraged, triple-leveraged, and inverse-leveraged funds (please set them aside!), 36 funds posted END_OF_DOCUMENT_TOKEN_TO_BE_REPLACED 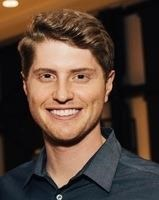 Eric Heufner, president of Grandeur Peak Global, shares the sad news of the death on January 21, 2021, of one of his colleagues.

It is with great sadness that we announce the death of our dear friend and colleague, Keefer Babbitt. Keefer was not only a great partner and friend, he also set the bar extremely high as it relates to his work. His character, work ethic, depth of thought and the quality of his output were greatly admired by all of us at Grandeur Peak. Keefer joined Grandeur Peak in 2012 as one of our first interns, and over the past 8+ years he has been a true builder of our firm. He made an enormous difference here and he will be greatly missed.

Keefer’s current roles included co-managing the Global Contrarian Fund alongside Mark Madsen and Robert Gardiner, co-managing the Global Reach Fund with six other portfolio managers, contributing on our Industrials team, and of course first and foremost serving as a global research analyst. Given our unique team-based approach, we do not anticipate making any immediate changes to the portfolio management of either fund.

END_OF_DOCUMENT_TOKEN_TO_BE_REPLACED

The three words that best describe it are as follows, and I quote: “Stink, stank, stunk!” (With thanks to the incomparable Thurl Ravenscroft, 1914-2005, who brought the song to life.)

Unwashed socks? Seasick crocodile? Dead tomato splotched with moldy purple spots? Three decker sauerkraut and toadstool sandwich with arsenic sauce? Got it, got it, got it!

I’ve been pondering things at year’s end, from elections and intransigence to the possibilities of functional government and transcendence. I’m not at all (not even 1%) sure of what 2021 will bring, and yet I need to plan for it anyway.

So, here’s a sort of think-aloud experiment in which I just share what I’ve learned in the past couple of months and where it might (or might not) lead in the year ahead. I’ll divide the essay into two sections: “stakes in the ground” represent the END_OF_DOCUMENT_TOKEN_TO_BE_REPLACED

The second decade of the 21st century has just closed. The third decade promises turbulence in the near-term and disappointment in the longer term. A host of factors drives that pessimism. Interest rates are near-zero and likely to remain there, according to the chairman of the Fed, for years. That means that money market funds will return zero only if their sponsors waive all of their operating expenses. It also means that the long-term returns on US bonds may fall below zero because their advisers are not predisposed to offer their services for free. Investors, in response, are poured into equities and have done so using END_OF_DOCUMENT_TOKEN_TO_BE_REPLACED

I don’t want to wear a tie.

Or a serious expression

In the middle of July.

And if it means I must prepare

To shoulder burdens with a worried air,

Several readers have asked that I expand on a comment I made about aging a few months ago. This is a hard article for me to write because it means looking at investing from a different perspective. The typical American works 30 to 50 years before retiring and must save enough to last another 20 to 30 years, or more. This means saving diligently and investing wisely while END_OF_DOCUMENT_TOKEN_TO_BE_REPLACED

You’d think “large and long-lived” were synonymous with “successful.” Not so much. A few of the funds have been consistently top-notch, and the vast majority have been miscellaneously mediocre.

But only twelve have managed to combine huge asset bases with decades of bottom-tier performance. They are

The Roll Call of the Wretched.

END_OF_DOCUMENT_TOKEN_TO_BE_REPLACED

The Securities and Exchange Commission, by law, gets between 60 and 75 days to review proposed new funds before they can be offered for sale to the public. Fund companies anxious to have a new fund up and running by December 31st need to have it in the hopper by the third week in October at the latest. This month brings a far more sedate pace of launches with 14 new products in the pipeline, most of which will launch in February.

That said, the new funds are being offered by some absolutely A-tier advisers, which might explain their willingness to launch at END_OF_DOCUMENT_TOKEN_TO_BE_REPLACED

On December 31, 2020, Oelschlager Investments launched the Towpath Technology Fund. The fund will be managed by Mark Oelschlager. The manager anticipates owning 25-40 tech stocks. The plan is to focus on firms with long-term, durable business advantages such as “barriers to entry, pricing power, network effects, limited competition, [or] lock-in effects.” His discipline is much more valuation-sensitive than tech managers generally pursue, and he focuses strongly on the durability of free cash flow metrics. This strategy is the same one the manager used at END_OF_DOCUMENT_TOKEN_TO_BE_REPLACED

On November 30, 2020, Wasatch Global Investors launched Wasatch Greater China Fund (WAGCX/WCCCX). The “Greater” part signals the inclusion of firms located in Hong Kong and Taiwan, as well as in the PRC proper. The fund will feature an all-cap portfolio of 35-50 names. This is Wasatch’s second country-specific fund, after the five-star Wasatch Emerging India Fund (WAINX), which launched END_OF_DOCUMENT_TOKEN_TO_BE_REPLACED

Bill Gross must be very sad today. Mr. Gross has been involved in an ugly dispute with a neighbor. As part of that dispute, Mr. Gross played The Gilligan’s Island theme, loudly and continuously, night after night. The neighbor complained. In court. Mr. Gross’s partner, Amy Schwartz, testified to loving the “Gilligan’s Island” theme but denied playing it loud or END_OF_DOCUMENT_TOKEN_TO_BE_REPLACED

The waiting is, mostly, done. The American people have spoken, though I suspect that activists in both major political parties are disappointed and frustrated by what they heard. For better and worse, Republicans did not receive a second term in the White House. For better and worse, Democrats did not enjoy “the blue wave” that they anticipated.

And so we are left where we so often are: in a muddle. The control of the senate, once “the world’s greatest deliberative body” (reputedly President James Buchanan’s judgment), lies in two impending elections in Georgia. Politicians of all stripes woke on the morning of November 4th to ask the all-important question, “how’s our fund-raising for 2022 coming? Are we on track?” At least one candidate is openly mulling the timing of his announcement of his 2024 presidential bid. Miscellaneous state legislators continue to END_OF_DOCUMENT_TOKEN_TO_BE_REPLACED

The scariest line of the election season appeared on the front page of The Wall Street Journal:

The U.S. stock boom has its roots in tactics that fund managers, small savers and Robinhood traders alike have applied over the past decade:  Don’t hide from markets by hoarding cash.

The Dow Jones Industrial Average closed above 30000 on Tuesday for the first time, extending an eight-month rebound that has taken many analysts by surprise … The run has put the Dow up 62% from its March low, when the U.S. Federal Reserve ended a panic that wiped out trillions of dollars in investments by outlining a plan to counter the pandemic’s economic stress.

The market appears to be in a self-perpetuating upward spiral, defying the pandemic and accompanying economic woes. (“Behind Dow 30000: A Self-Perpetuating Upward Spiral,” Wall Street Journal, 11/25/2020, pg 1).