David invariably cuts to the chase when it comes to assessing mutual funds. It’s a gift he shares with us each month.

So, in evolving the MFO Premium site, he suggested we provide lists of funds satisfying interesting screening criteria to help users get the most from our search tools.

Smallest Drawdown Fixed Income Funds generates a list of Fixed Income (e.g., Bond, Muni) funds that have experienced the smallest levels of Maximum Drawdown (MAXDD) in their respective categories. More specifically, they are in the quintile of funds with smallest MAXDD among their peers.

Here are some risk/return metrics for these Fixed Income funds (click on images to enlarge): 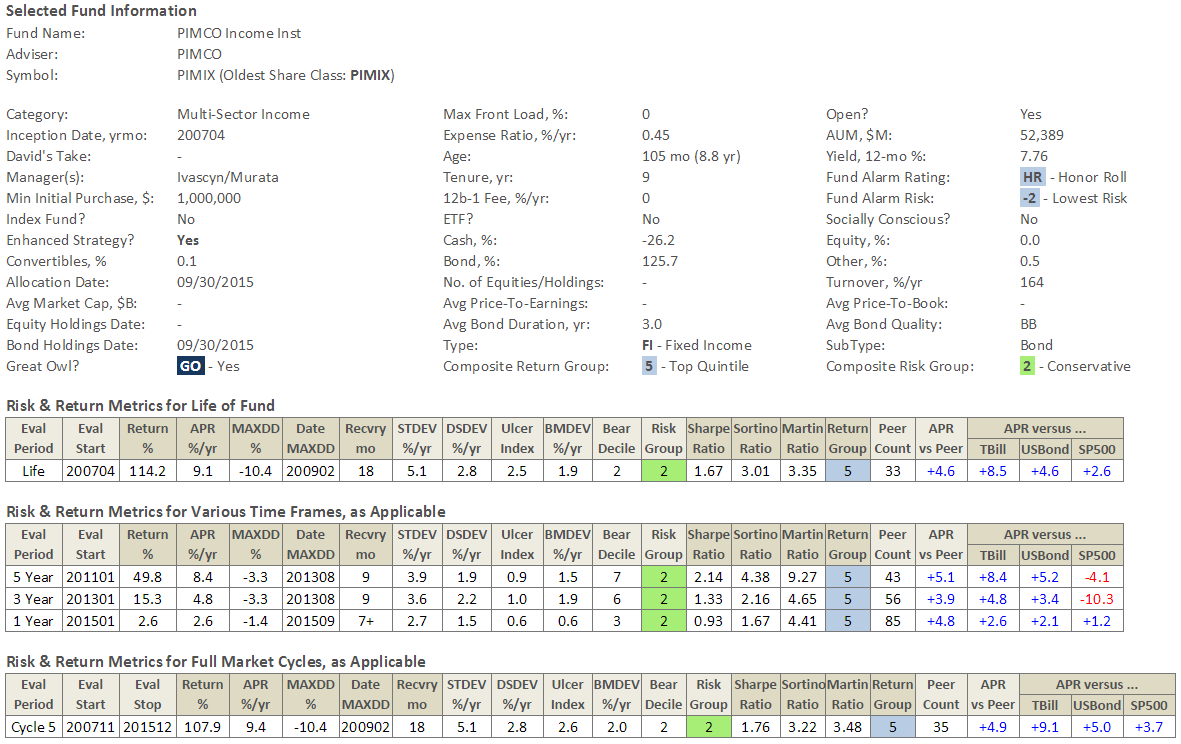 For Full Cycle 5, this screen produces 62 such funds through December 2015. Among the best performing funds with shortest Recovery Times, under 30 months, only one remains open and/or accessible: Queens Road Small Cap Value (QRSVX). It was profiled by David in April 2015.

Here’s a short list and risk/return numbers for QRSVX across various timeframes: 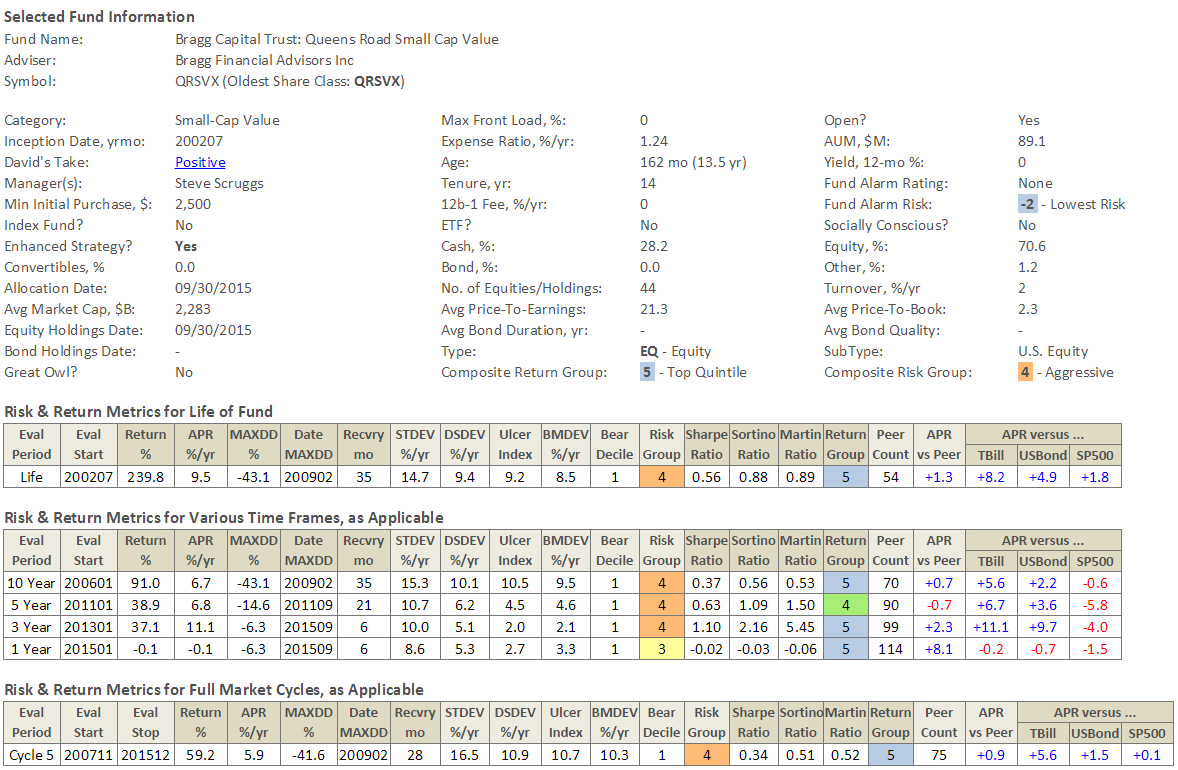 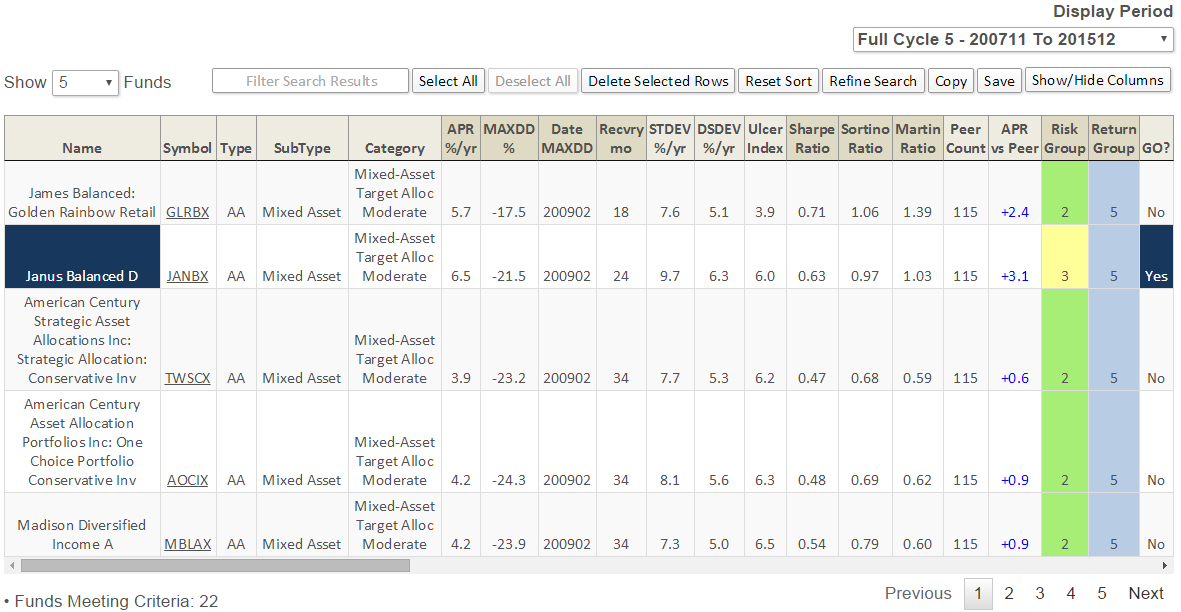