When MFO introduced its rating system in June of 2013, it chose Martin Ratio as the principal performance rating metric. Martin is a risk adjusted return metric that is the ratio between excess return, which is the compounded annualized total return above risk free T-Bill return, divided by the so-called Ulcer Index, which is a measure of extent and duration of drawdown. Our friend Peter Matin formulated the Ulcer Index as described in An Alternative Approach to the Measurement of Investment Risk & Risk-Adjusted Performance.

For each fund category, like Large Growth or Moderate Allocation, the MFO Rating system divides funds into five groups or “quintiles” based on the risk adjusted return over selected evaluation periods. Funds with the highest Martin in each category are assigned a 5, while those with the lowest receive a 1.

While this approach suits many MFO readers just fine, especially having lived through two 50 percent equity market drawdowns in the past 15 years, others like Investor on the MFO Discussion Board, were less interested in risk adjusted return and wanted to see ratings based on absolute return. Others wanted to see ratings based on the more traditional risk adjusted Sharpe Ratio. (For more definitions, see A Look A Risk Adjusted Returns.)

It took a while, but subscribers on our MFO Premium site can now choose which rating metric they prefer, including multiple rating metrics simultaneously.

For example, since the start of the current market cycle in November 2007, which Small Cap funds have delivered the best absolute return (APR) and the best Martin Ratio and the best Sharpe Ratio? To find the answer, enter the selection criteria on the MFO MultiSearch tool, as depicted below (click image to enlarge), then hit the “Submit Search” button … 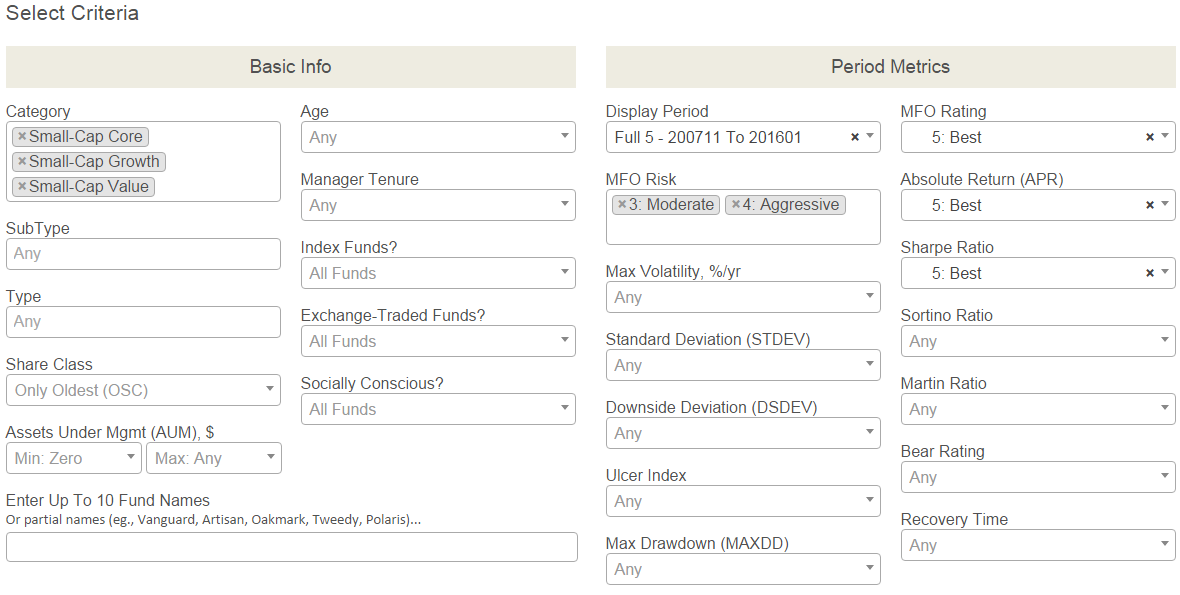 A total of 28 funds appear from the more than 9,000 unique funds in the MFO database. Here are the first 10, sorted by MFO Risk and then name: 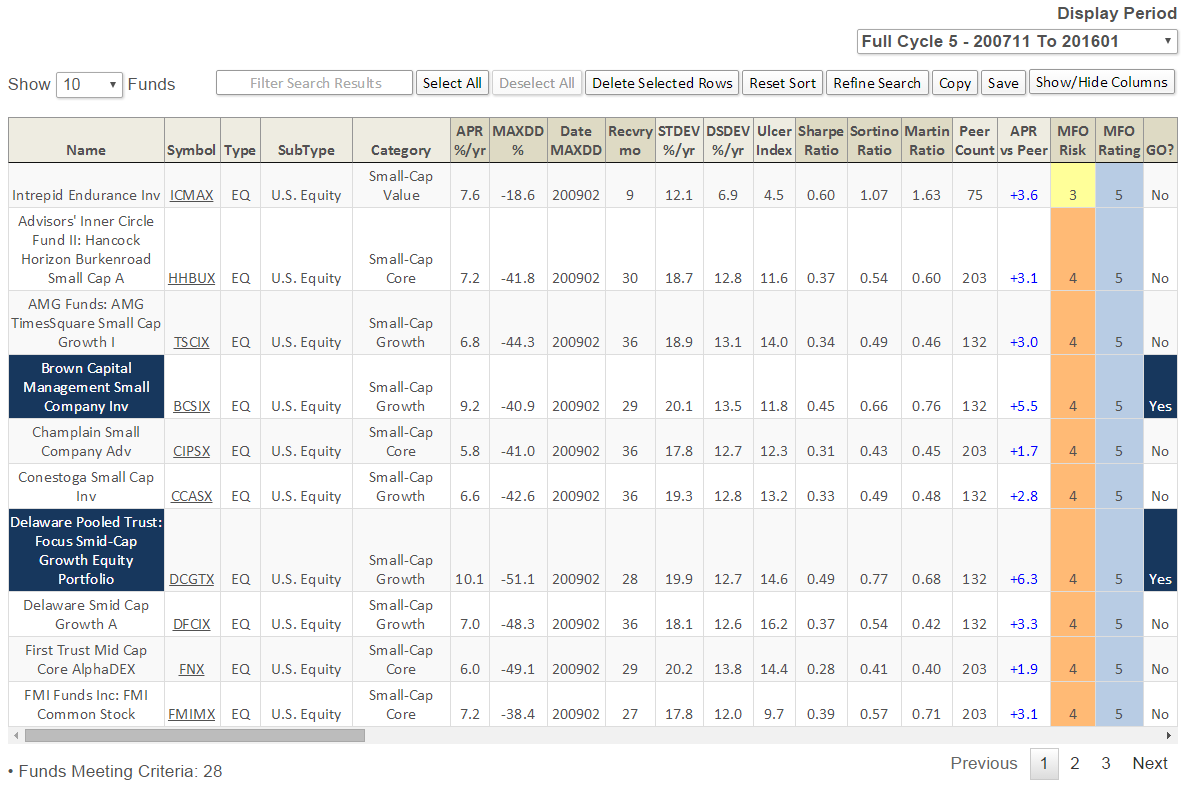 Intrepid Endurance (ICMAX) has the lowest risk rating with a MFO Risk of 3, which means this fund has historically carried volatility suited for investors with Moderate risk tolerance. Unlike other metrics in the MFO ratings system, and in fact the risk metric in Morningstar’s rating system, which assign risk relative to other funds in category, the MFO Risk metric assigns its rating based on volatility relative to the overall market.