People are weird. They doggedly do things that are stupid and self-destructive. If you ask them “why?” the answer is often “because that’s what I’m comfortable doing.”

Our story begins with smoldering dung. Nearly half of the world’s population cooks their food in stoves, often unvented, that burns solid fuel, often dung. In some parts of Africa it’s 98% while folks in rural India burn 60,000,000 tons of cow dung each year to cook their meals. The result is a disaster: homes and lungs are coated with black soot, indoor air pollutant levels are often 100x safe limits, 80% of children become nauseated and over 4 million people die each year from the fumes.

Clean-burning enclosed stoves are available. Heck, they’re often given away free and they’d vastly reduce the problem but they often end up in the trash heap out behind the house, or serving as bowls or in some other decorative role. A major story in the Financial Times reports:

For decades, researchers, charities and non-governmental organisations have looked for ways of persuading people in India and around the world to switch to more efficient cooking methods, which use less fuel per unit of heat and often cost relatively little. But time and again, people in rural areas return to their traditional stoves … (“India: Cooking up a recipe for clean air,” 12/21/2016)

Until now, nobody seems to have taken the time to figure out why, instead well-meaning organizations have proceeded to try to fix these people without understanding them. That is, they assumed that folks in India were dim and unable to understand the consequences of their actions.

It turns out that the villagers in question were perfectly rational. The stoves were designed by people who weren’t actually cooking traditional meals, in traditional settings, on them. If designers had only taken the time to talk with folks and to study and understand their behavior, they’d have discovered that the stoves simply didn’t work. Their heat was no adjustable, their fuel holes were too small, their vents shoot streams of smoke directly at the cook and more.

In short, they were ill-adapted and rejected. Stove designers aren’t used to talking with people and watching them cook; “it’s not,” they might say, “what I love doing.” 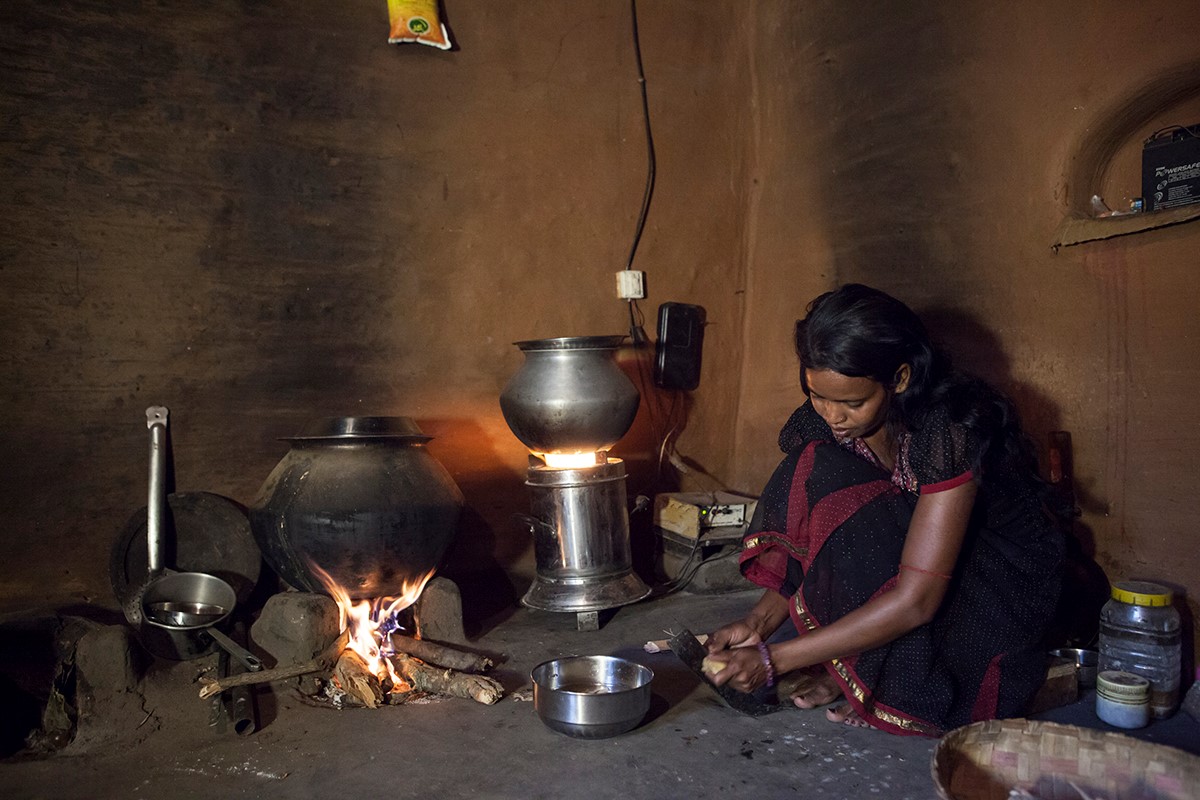 FT tracked the success of a new NGO, Nexleaf, which took the radical step of taking its clients seriously. They equipped each test stove with a small remote unit. As soon as a family stopped using the stove, Nexleaf was notified, sent a researcher to discover what went wrong, then improved their product. The combination of thoughtful attention and careful redesign seems to have made a world of difference; in one village studied, use of the improved stove reached 100% … and stayed there.

In short: listening matters and a willingness to get past “what we’ve always done” matters.

There’s a lot of academic research that documents a simple point: relationships matter and they’re created by open, ongoing communication. Dr. Leonard Kostovetsky of the University of Rochester points to the long research thread which shows that the economics of the fund industry are entirely dependent on investors’ perceptions that they’re in a meaningful partnership with their fund companies:

Gennaioli, Shleifer, and Vishny (2012) propose that the well-documented empirical finding that average active mutual fund alphas are negative (e.g., Jensen, 1968) is due to a “trust” premium, which allows asset management firms to charge investors additional fees if there is a trusting relationship between them. They write that trust can be established through “personal relationships, familiarity, persuasive advertising, connections to friends and colleagues, communication, and schmoozing.” (“Whom do you trust?” Investor-advisor relationships and mutual fund flows,” 2015)

Kostovetsky goes on to ask, what happens when a fund company violates that trust? He looks at the consequences of a change in ownership; for example, when a firm sells itself to AMG or Natixis. The short answer is, significant amounts of money starts flowing out the door. That’s particularly true of investors who had been willing to accept higher expenses in exchange for a better relationship:

Retail investors and investors in funds with higher expense ratios are more responsive to ownership changes, consistent with the notion that such investors place a higher value on trust and are more likely to respond to a relationship disruption by withdrawing their assets.

If you are dismissive of their need for a respectful relationship, they will be dismissive of your need to stay in business.  (Does the phrase “giant sucking sound” resonate with anyone?)

Based on our reading of the research, we’ve proposed a series of best practices that might serve to rebuild the trust that keeps the best portion of the industry alive. Those include:

Changing the role of your board of trustees. These are your shareholders’ direct representatives and advocates, yet you keep them insulated and invisible. They’re not on your website. They have no email addresses. They don’t speak in your letters and reports. The vast majority don’t invest in your funds despite evidence that such alignment powerfully improves fund performance. One manager after another tells me that their boards, often rent-a-boards, know next to nothing about their funds.

Expressing interest in your investors needs and concerns. No fund company has ever expressed interest in why I chose to invest with them, except now in my role as a public scold. No fund company has ever reached out after I’ve invested, except for the formulaic documents that now arrive via pdf. And no fund company has ever asked why I chose to liquidate my holdings with them. You are the only industry in the world that has made incuriosity into such an art. If we approached one of your equity managers and said “hi, we have a mature industry with few barriers to entry, the firms in which know nothing about their customers and have no strategy for retaining them, would you like to invest there?” the answer would be “only if I could short those losers.”

Putting away the convenient excuses. Managers, the folks who actually dominate most independent firms, offer the same three excuses every time this topic comes up. (1) Schwab doesn’t give us that information. (2) FINRA won’t let us. (3) I just want to build the portfolio; the rest is our distributor’s problem. To which we say: (1) make them, (2) that’s simply not true, (3) okay, as long as you’re comfortable with failure.

One villager took the FT out to show them, with pride, that she’d thrown her old dirty stove onto the trash heap where the reporter inquired about another discarded object.

Outside Jhunu Pradhan’s house, partly obscured by the undergrowth, is a ceramic squatter toilet, filled with sand. “An NGO built this here 10 years ago, but nobody ever wanted to use it,” her husband explains. Asked whether the organisation that built it knows it is not being used, he replies: “I don’t know, they never came back to check.”

Note to fund advisors: you’re in imminent danger of becoming the abandoned, sand-filled squatter toilets of the financial services world. If you aspire to better, you need to listen to your investors, to let them know that you’re listening, and to rebuild the relationships that you severed when you became hostage to third-party distributors like Schwab and Fidelity.