Ariel has lowered fees on both International (AINTX) and Global (AGLOX) by 12 bps. The new e.r. for each is 1.13% on Investor shares and 0.88% on Institutional ones.

Effective February 24, 2017, BBH International Equity Fund (BBHEX) will eliminate its “N” class shares but lower the investment minimum for “I” class (BBHLX) down to $10,000 from $5 million. It will also lower the expense ratio for BBHLX from 0.89% to 0.70%. That’s all to the good. At the same time, though, BBH boots Walter Scott & Partners of Edinburgh after a successful 12 year run managing the fund and Mondrian Investment Partners after five years. They’re succeeded by Select Equity Group. No word on why, though the 20% reduction in their compensation might have contributed to it.

Balter Event-Driven (BEVRX) has closed to all investors. Technically, the Board “approved the indefinite suspension of all sales of Fund shares.” It’s a former hedge fund that hasn’t exactly caught fire since conversion to a ’40 Act fund, which suggests that this closure might be the fund’s first step into the darkness.

Effective at the close of business on January 27, 2017 Janus Enterprise Fund will close to new investors. The fund has more than doubled in size in a year, from $5 billion to $10 billion. The underlying strategy now holds more than $13 billion. Only two of 192 mid-cap growth funds are larger than Enterprise. I would be cautious about approaching it since it’s rare for funds that have closed after ballooning to thrive. That said, there is some reason for a final look. First, it has been a splendid midcap fund. With the exception of the 2000-2002 bear market, it has matched or outperformed its mid-cap growth peers. It has an experienced manager and a very low turnover strategy. Second, the two larger mid-cap growth funds, T. Rowe Price Mid Cap Growth (RPMGX) and Principal Midcap (PEMGX), are themselves excellent vehicles. Both are closed and both have continued doing well since closure. Closing a few billion ago would have been a nice touch. Contrarily, telegraphing the closure a month or more in advance is an open invitation for a final surge of performance chasers. Be cautious.

Good news for fans of Catalyst/Lyons Hedged Premium Return Fund (CLPAX): the fund was not liquidated on December 28, 2016. Woohoo! Instead, it rebooted as Catalyst Exceed Defined Risk Fund with the objective of pursuing capital appreciation and preserving of capital.

Good Harbor Tactical Equity Income Fund (GHTAX) is changing its name to the Leland Real Asset Opportunities Fund. No explanation for the “Leland” part since no one seems to be coming or going. My best guess is that it’s a change-of-distribution arrangement, since some of the other Good Harbor funds already trade under the Leland name.

The $3 million AllianzGI China Equity Fund (ALQAX) will liquidate on January 30, 2017. By design or not, the fund has been wildly volatile, even by the standards of China funds, which means that its modestly above-average returns have not won it many fans.

American Independence Navellier Defensive Alpha Fund (IFCSX), a RiskX fund, will liquidate on January 31, 2017. Mr. Navellier was appointed co-manager in May 2016, presumably in a last-ditch attempt to salvage the long-time laggard. Things got marginally better (it went from a major laggard to a minor laggard) but not good, so it’s gone.

The folks behind ASG Global Macro Fund helpfully reported in December 27, 2016, that “The Fund no longer exists, and as a result, shares of the Fund are no longer available for purchase or exchange.”

Given “the unlikelihood that the Fund would experience any meaningful growth in the near future,” the $10 million FundX Flexible Total Return Fund (TOTLX) will liquidate on January 6, 2017. “Unlikelihood”? Who writes “unlikelihood”? Regardless, or “irregardless” if I’m following their lead, it might be that the unlikelihood was raised by the combination of an undistinguished strategy, high expenses and mediocre returns.

Hennessy Core Bond Fund (HCBFX), which has been consistently weak and expensive for the past decade, will liquidate on or about Friday, February 17, 2017.

Hancock Horizon Value Fund (HHGAX) will merge into Federated MDT Stock Trust (FSTRX) at the beginning of February. Likewise, Hancock Horizon Core Bond Fund (HHBAX) is slated to merge into Federated Total Return Bond Fund (TLRAX). That’s a clear win for existing HHGAX shareholders but less so for HHBAX where the expense reduction is smaller and the performance of the acquiring fund is less distinguished.

MassMutual Select Diversified International Fund (MMAAX) will be dissolved on or about April 28, 2017.

MFS Institutional Large Cap Value Fund has been liquidated. They shared a reminder rather after the event.

Mirae Asset Asia (MALAX) and Emerging Markets (MALGX) funds will liquidate on February 28, 2017. Both are solid performers that haven’t found a market niche.

RX Tactical Rotation Fund (RXTAX) took its last spin on December 30, 2016. The advisor pulled the plug after 17 months of operation.

Thanks, as ever, to The Shadow for his yeoman’s work in reviewing SEC filings daily. 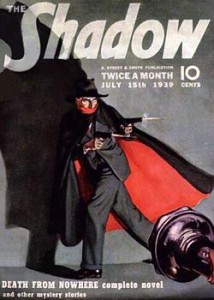