“Frost on grass: a fleeting form, that is and is not!”

This is the time of the month when I am usually wrestling with what to say and trying to avoid repeating myself, which can be pretty difficult after several years of columns. This month, I have something of a surfeit of material, so I will apologize in advance for the rambling.

A few weeks ago, I attended the annual Graham and Dodd Conference at Columbia University’s Graduate School of Business in New York. As always, the speakers were outstanding. Since the conference follows Chatham House rules (anonymity to the speakers, as well as their respective comments), I will limit myself to two generalized observations. One, for the second year running, none of the speakers were from the mutual fund asset-gathering complexes. Rather, they were from relatively small hedge fund or private equity firms, generally running limited partnerships. Two, for a conference run by value investors for value investors, and attended by same, no one seemed to be having an easy time coming up with great investment ideas given the valuation levels now to be found in most markets.

I also not too long ago had lunch with a well-known balanced fund manager, whose fund and firm had enjoyed a strong fourth quarter as a result of what we may perhaps label the Trump bull-market effect. He attributed the strong performance to the analysts’ work on keeping their models fresh and the portfolio managers’ focus on the predicted expected returns of securities on their “Buy” list. Notwithstanding their marketing, the portfolio management style is for the most part a “regression to the mean” approach. In the nature of, “what do we do now” he also pointed out that they now had, after the market’s run, a smaller number of issues to invest in than they had ever had in his memory. This of course always presents a dilemma – do you stop taking in moneys from your clients? Or, do you average in to existing positions? Or do you have the analysts go over their models with a fine tooth comb? Will optimism with regard to what President Trump might do to improve the economy justify higher expected returns and “Sell” targets on existing holdings? Indeed, he indicated that many investment committee meetings now consisted of analysts and portfolio managers challenging presenting analyst’s models. “Gee Heathcliff, do you really think Doofus Corporation can improve their operating margins in that division by another fifteen basis points?”

My associate’s ongoing challenge: there are fewer attractive investment options that ever in his memory. 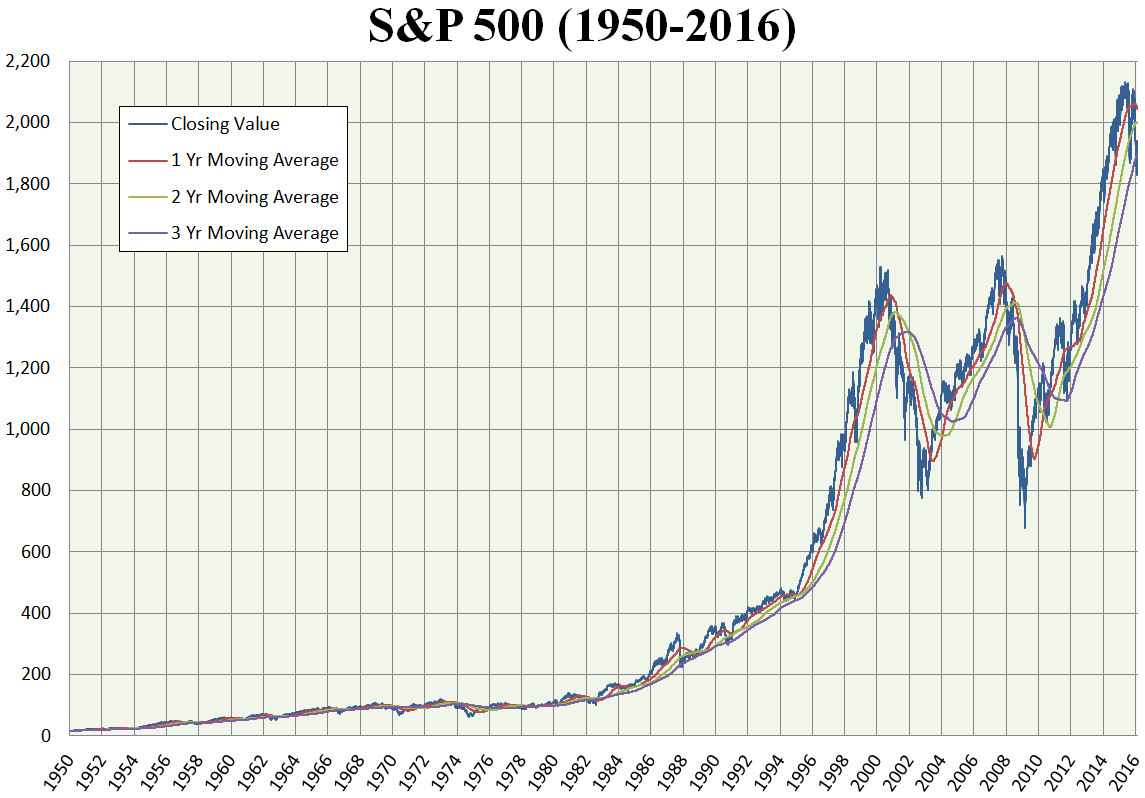 Who really thinks that we can continue to extrapolate that set of trends? Or, have we all gone down the rabbit hole gleefully to the world of “greater fool” investing?

A lot of this comes back to what I again say will be a discussion of the appropriateness of indexing. Indexing, while low cost (or at least it should be), favors the stocks of yesteryear that outperformed. Which begs the question of how one should think about things now? If you are trying to macro forecast what effect a Trumpian economic plan (and taxation) will have, you need to be right about what is going to be done, and how the market will react. And it does present certain temptations, for who would not want to catch the wave they know is coming.

So where should one look to invest? Technology and distribution have been the great disruptors. Amazon has pretty much destroyed the retail space (as well as the retail real estate space), and that probably does not turn around unless one of the state Attorneys General or the Justice Department decides to start enforcing the antitrust laws again. Cyclicals aren’t compelling; growth is temporary and often illusory. What one should be looking for are franchises with moats. The number of those has been shrinking. Look at the branded consumer goods space, where companies such as Nestle have had to ratchet down organic growth expectations. Even better, do what I do and go into a grocery store and pick so many of the brands that you used to see your parents swear by and look carefully at the label. What you will very often note is a phrase “distributed by” and the name of what used to be the company that invented the products and then made them. Now it is all financial engineering with outsourced manufacturing. So where do you still see opportunities and a valuation opportunity? Healthcare of course is one area where U.S. companies are still innovators.

What else looks interesting and undervalued? Well, even with a recent run, emerging markets. Today I heard one of the Bloomberg talking heads mentioning China’s “One Belt, One Road” policy, a phrase I have started to hear with increasing regularity. China is the world’s major trading partner, and at this point, is building new “silk roads” to bind other regions and countries closer to it. The Belt and the Road as they were, link China, Russia, Central Asia, the Baltic States in Europe through Central Asia and West Asia, and South Asia, running through the Persian Gulf, Indian Ocean, the South China Sea, as well as the South Pacific. China has founded the Asian Infrastructure Investment Bank, and approved fifty-seven countries to become founding members. At the end of 2016, the relative p/e ratios were 22.4X for the MSCI World ex Japan and 14.2X for the MSCI Emerging Markets. 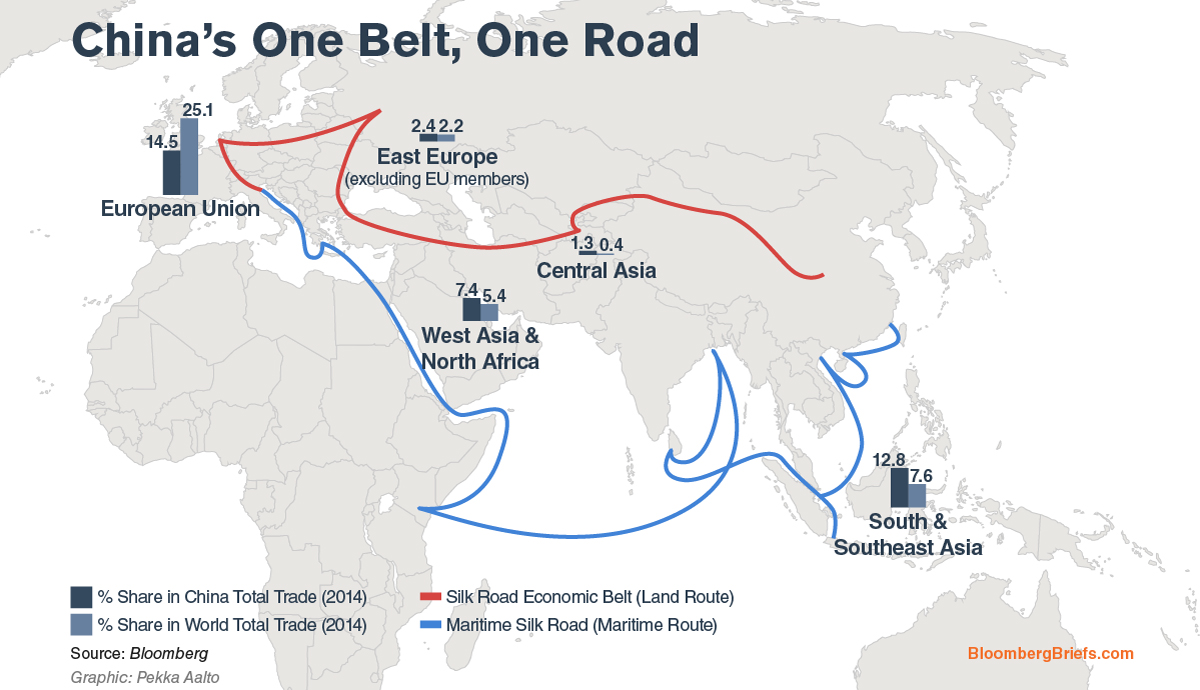 The point is that China (and its economy) will not go away. Whether this will finally be the Asian century remains to be seen, but assuming it will not be is foolish. Many of those fifty-seven countries will align their strategic and economic interests with China. And since political and military power derives from economic power, that should be remembered. Concurrently, change is also taking place in Japan, although few are paying attention to it. Those who are are not quite sure what if anything to do about it. My suggestion for what may be actionable – pay attention to Charles’ Great Owl Rankings when looking at your portfolio allocations. In particular, pay attention to investments that stress dividend paying companies in China, frontier emerging markets as well as emerging markets, and on the margin, Japanese opportunities.

Final thoughts … I had a long conversation last week with a consultant friend of mine that I respect greatly. One of the questions I asked her was, given valuation levels, how does one protect against a general decline again like 2008? What are the advance warning signs? Consultants among other things spend their days interviewing investment managers and firms, making sure that there is a process or methodology in place which is more than someone looking at sheep entrails and making an investment decision for a portfolio. They also spend a lot of time making sure that the process as represented is being followed. There also needs to be a succession plan in place so that the process survives the departure of a star manager or analyst. And finally, given a relationship that builds up over time, they become experienced in reading “tells” to know when they are being lied to, for whatever reason.

We then drilled down into specific firms. I asked if she was convinced that one famous California firm had learned anything from its mistakes in 2007-2009. Her answer was that yes, they had learned that they needed to pay more attention to the fixed income side of the house. The problems that we saw in the great meltdown were telegraphed well ahead of time and increasingly apparent to fixed income analysts and portfolio managers. It was then that the light went off in my head and I understood something. Most of the equity analysts I knew (and know) paid little if any attention to the balance sheet of a corporation. They were almost totally focused on the income statement as well as the statement of cash flows.

Because leverage matters, the quality and role of the fixed income team matters. If they’re the red-headed stepchildren of the firm, you’re looking for trouble.

Surprise – leverage matters. And if you are a financial institution with a need for liquidity and funding, leverage matters. The balance sheet matters. So my other actionable suggestion for you if you are looking at balanced funds as well as equity funds, pay attention to what kind, if any, fixed income team they have in place, and what role they play in the investment decision making process. Too often, especially for equity-driven firms, spending money on fixed income research and personnel is not viewed as critical to the process. So when you are looking at making an investment in a particular firm and fund, pay attention to how serious they are or aren’t about the world of fixed income. And that applies even more if they do not have a fixed income product. They need to pay more than lip service to the corporate balance sheet.