The weather’s getting better. It’s not clear that the quality of writing about mutual funds is. 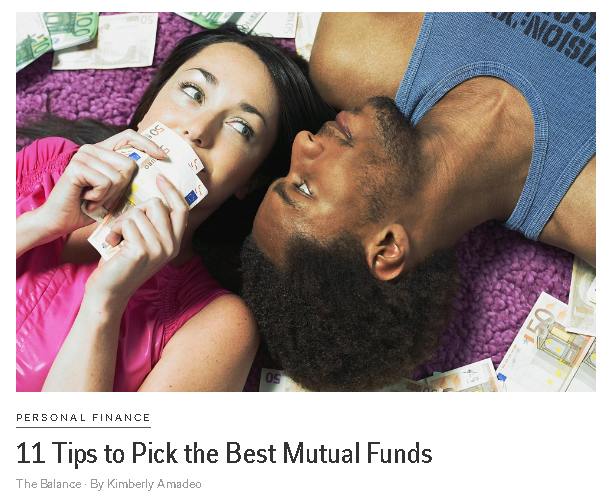 Ummm … they’re lying on a bed of British pounds so unless they made a bunch of money, fled to the U.K. and exchanged (appreciating) U.S. dollars for (depreciating) British pounds, there’s a bit of a hole in this story.

Speaking of stories, cheers and cheers to the many young persons who chase bouncy balls up and down wooden courts. My Augustana Vikings teams made an incredible run to reach the D-III championship game, which they lost by a single point. The 2014 Vikings reached the national championship game and the 2015 Vikings were widely recognized as one of the top five teams in the nation. But the 2016 crew? We graduated our top six scorers (had I mentioned that Augie’s athletes all graduate, some go to medical school and bunches are Academic All-Americans?) and entered the season (and the tournament) with an unranked bunch of youngsters. Who then fought their way through a tough draw, with more than one game saved by wide-eyed freshmen rushing off the bench. I’m very proud of them.

And of Morghan William and the women from Mississippi State, who stared down UConn and snapped its 111 game win streak. Ms. William, a 5’4” guard, sank the winning basket in the last second of overtime to win the game (and was, promptly and properly, mobbed by her teammates). And of the young gentlemen from Gonzaga who, in their school’s 19th consecutive appearance in the tournament, brought their team to their first Final Four appearance, and the Ducks of Oregon for returning to the Final Four after 78 years. No matter how the final games play out, these are young folks who played with great heart … and who will take away a lifetime of stories.

Of anniversaries and other milestones

The Dow Jones Industrial Average dropped 0.7% in March. On March 8th, the current bull market moved into its 97th month. If we didn’t see the bull market’s final high (21,115) on March 1, then we will soon have cause to recognize this as the longest bull market in U.S. stock market history. It would just have passed the bull market of the 1920s (which rose 495% in 96 months).

We don’t know how the next years in the stock market will play out. Valuations now reside around the 99th percentile; that is, market valuations have been lower in 99% of all preceding months than they were in early March. The second- and third-longest bull markets were followed by dramatic price declines of 90% (the Great Depression) and 54% (the Financial Crisis of 2007-09), but that’s not a necessary outcome. It’s possible for bull markets to end, not with a bang but with a whimper. Some market analysts say that, rather than crashing, the markets might simply bump along for a decade or two, churning out gains of 2-3%. That’s certainly in the range of what GMO, a famously stubborn institutional investment house in Boston, thinks that valuations will support: US stocks are priced to decline by 1-2% annually through the middle of the next decade. The argument for slow decline is simple: people are so disgusted by the stock market that they’re not looking for big gains anymore, they’re simply hopeful of avoiding disasters.

At the same time, the bull market in US bonds is now in its 35th year. With even the U.S. Treasury secretary mulling the option of issuing 100-year bonds to book in low debt costs and the Fed beginning to raise rates, the years of robust domestic bond gains might be behind us.

Maybe. We might finally have achieved Irving Fischer’s “permanently high plateau,” first discerned in September 1929, for the financial markets. President Trump’s first proposed budget, predicated on 4% annual economic growth, suggests that we are.

Our suggestion, now as always, is this: (1) know the risks you’re taking and (2) don’t put any more money at risk than you can bear to lose. We’ll try to highlight good managers who are adept to managing risk while producing returns, and we’ll continue to remind folks (as I did in talking with the AAII chapter in Albuquerque) that you’re well-served by thinking about your asset allocation and fund choices when you’re not panicked, rather than when you are.

In May, the Observer will celebrate its sixth anniversary. Including my time writing for FundAlarm, I’ll be passing my first decade of monthly essays. As a public service, non-profit and non-commercial, we really are driven by the desire to help you and we appreciate your support of us. While your financial support is essential, it’s the fact that 33,000 readers chose to share part of their month with us that matters most.

We mentioned, in January, our need for the 2% solution. Not counting their support via Amazon, about 1% of our readers provide financial support (some generously and many yearly since we launched) for the Observer. Amazon has now announced a “simplification” of their program which has noticeably reduced their contribution to us.  In March, instead of receiving an amount equivalent to about 7.5% of what our readers spent, it was about 5.3%. (sigh) So, we’d like to raise more-active support to 2%, which would translate to around 500 people, including new and renewing members of MFO Premium, all told.

By Charles’s best estimate, we added 21 new subscribers in January (on target!) and seven in February (off-target but that’s my fault; I was so embarrassed by our need to publish several days late that I didn’t raise the topic) and 18 more in March. I promised folks monthly updates on our progress so here ‘tis: we’re hoping to add 20 supporters (out of 25,000 readers) a month. If you’d like to join that happy crew, click on…

Thanks to Ed Mayer, a long-time supporter, and to Jack, Steven, the estimable Dan Wiener, Jim, Richard, and more Davids than you can shake a stick at. And, as always, many, many thanks to our faithful PayPal subscribers, Jonathan, Greg, Brian and Deb.

Non-update on that journalism scam.

I warned, last month, of a sort of scam being perpetrated by desperate newspaper publishers: in a stealth price increase, the newspaper announces that the 52-week subscription you paid for has been reduced to a 46-week subscription. That’s the game played by my local paper, the Quad City Times, and at least one in New York. I’ve reached out to the publisher, executive editor, sales department and CFO  and have asked each the same question, “why isn’t this a breach of contract? You offered a 52-week subscription, I accepted the offer and gave you money, and now you’re reneging.” So far, no one at the paper has chosen to respond. I’ll keep at it.

Those of our readers who are paying for local paper subscriptions might want to check any correspondence or change in billing information. You might be surprised by what you find.

Then it’s off to Morningstar!

Ed, Charles and I will be at, or in the near vicinity of, the Morningstar Investment Conference again this year. The conference convenes on April 26 and runs through April 28. A number of very fine investors – including the folks from Centerstone, Evermore, FPA, Intrepid and Moerus – have agreed to spend some time talking with us. Separately, we’ll have a chance to chat this month with Laura Geritz, now the head of Rondure Global Advisors. If you’re going to be around Chicago for the conference and would like to meet, please do let us know. As always, we’ll try to share daily briefs with the folks on our discussion board.