“And they’re off!” signals both the start of a horse race and the end of a class’s years at college.

Augustana just launched 485 more grads in your direction. It’s our 157th assault on adult life, and one of our largest. I’m pleased that Mike Daniels was the student selected to speak at commencement but he’s so durn Augie. Mike’s a defensive lineman, but also a jazz musician. He’s an accountant, but also a first team NCAA Academic All-American. He’s been to Italy (with the football team), but also managed to sneak in three internships on his way to working for Deloitte & Touche. He’s a good man who overtly rejects “good enough” as a goal; that is not, he said, “the Augie way.”

They’re good kids. Be patient with them. They really do want to do right. They’re awfully bright. They learn fast. They work and play well together. They’re a lot more aware of the world around them than I was at their age. They’ll keep you young if you let them.

I’m not sure that they’re as relentlessly curious as we once were, but that’s mostly because they don’t have to wonder about the answers; they simply Google them. I’d grumble about their sense of entitlement, but every time I glance in the mirror I blush at the source of it. Their attention span is pretty short, I guess, and they seem incapable of focusing on one thing at a time. But I think that’s because they’re smart and they’ve learned the lesson we have chosen to teach them: do more and do it now! I’m not sure when it became common for 10th graders to have resumes – and concerns about building resumes – but we’re there now. And if we wonder why Facebook and Instagram creep into their daytime hours, we might think about the number of work emails and texts that creep into their nighttime hours.

Celebrating commencement: from peril to Pollyanna, and back

Such events are normally festooned by modestly gaseous speeches from distinguished adults. For better and worse, no one is listening; words may flow into their ears, but they’re not lodging in their brains. Given the day, how could they?

Bill Gates, perhaps sensing the problem, decided to try a different approach to a valedictory address. He tweeted it. Here is Gate’s May 15th address to The Classes of 2017:

“It’s an amazing time … with serious problems … they can be solved.” It’s a call to action that Bernie Sanders echoed two weeks later: “In response to these very serious problems it seems to me that we have two choices. First we can throw up our hands in despair. We can moan and groan. We can withdraw from the public reality that we face. We can loudly proclaim that we can’t beat the system. That is one response. It is an understandable response but it is not an acceptable response” because the costs of despair are too high.

Gates’s endorsement of The Better Angels of our Nature drove sales of the book on Amazon through the roof, from about #12,000 to #2 in just a few days.  For those of us reluctant to slog through an 832-page tome (inside every fat book there’s a thin book struggling to get out), here’s the short version:

Pinker’s bottom line: there is no time machine to let us return there and, if there was, no one but a fool would step into it.

Setting aside the furor that the book engendered (and it was furious), there is a powerful warning embedded in Pinker’s Pollyanna prose: an attempt to return America to some rose-hued Golden Age is not only doomed from the start (it didn’t exist and we can’t get there), but it’s also powerfully destructive. Rather than celebrate the world we have and grapple with its problems, we’d sink into delusion and denial, letting manageable problems swell into horrific ones. Which, of course, just encourages more denial and nostalgia.

The administration’s obsession with the coal industry has that flavor. The coal industry as a whole employs, from miners to secretaries, just over 50,000 Americans. Those are hard, often dangerous (my grandfather’s work in the mines almost kept him from, well, becoming my grandfather), often high-paid (the industry average is $28/hour) jobs in towns that need them; still, it is a tiny pool, being dried up by private competition rather than government fiat. Even if we were to magically increase employment in coal by 50%, it would still employ far fewer people than my local Hy-Vee grocery chain.

And so, to our new graduates, welcome to the world! It’s a wonderful place. It’s a horrible place. It’s yours, and ours. Time to get working! 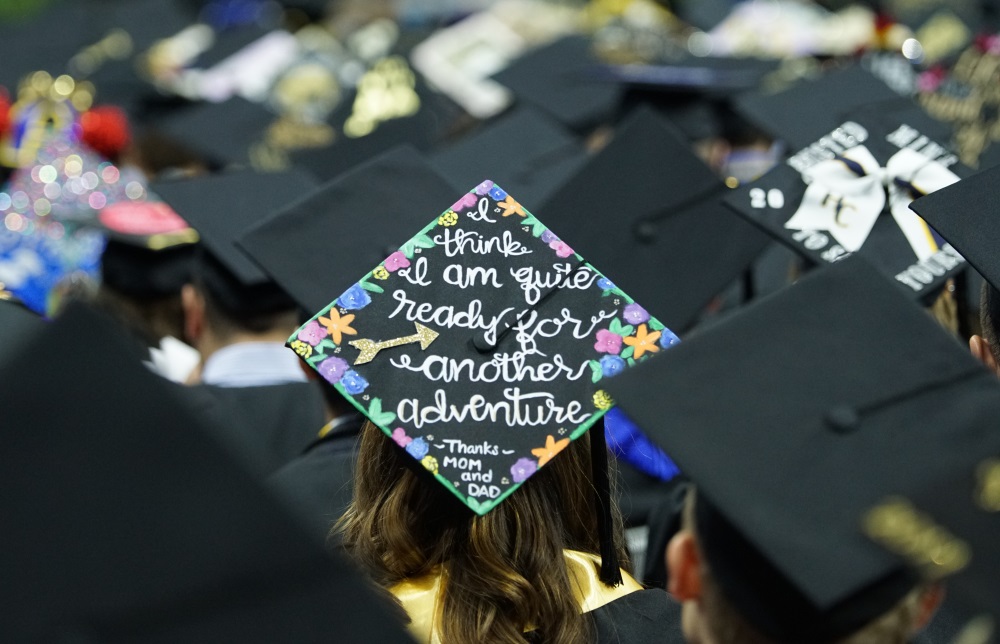 Had I mentioned that my Ph.D. is in a non-quantitative field?

I’m trained as a debate coach and a historian of rhetoric. I have a visceral attachment to words, stories and ideas and a modestly anxious acquaintance with number. I mention all this as part of an apology and a mea culpa.

In our June issue, we urged people to take a realistic look at the risks embedded in their portfolios. In particular, we suggested that you should quickly calculate the likely downside you face in the sort of powerful corrections we’ve recently seen, 2000-02 and 2007-09. One way to do that is to multiply the maximum drawdown for each fund in your portfolio by its weight in your portfolio, then add the products together. The sum you see is an approximation of the amount by which your portfolio might decline in a bear market.

All of which would have worked better if I’d been paying more attention to Mrs. Zimmermann in fifth-grade math, when she introduced percentages. I ended up miscalculating the drawdown impact of two funds, which overstated my portfolio’s likely loss. Our colleague and data demon Charles later went in and refined the drawdown calculation from funds that are too new to have experienced the 2007-09 downturn.

PARMX: no longer “left behind by Morningstar”

As Morningstar’s priorities have shifted, they’re dropped coverage of hundreds of exceptionally strong funds. Our standard for “exceptionally strong” is funds that have maintained a four- or five-star rating over every trailing time period.

On the flipside, we occasionally discover a fund that has been re-discovered by Morningstar. So, kudos to Parnassus Mid-Cap (PARMX). PARMX is a $2.4 billion, five-star mid-cap fund with a set of strong ESG screens. The fund was last covered six years ago (5/19/2011) when Kathryn Young concluded that you should “keep this fund on your radar, but give it time to mature.”

Apparently “time” translated to “about six years,” including five in which the fund handily beat its peers. On March 30, 2017, Wiley Green offered these highlights: “Parnassus Mid Cap has it all for environmental, social, and governance investors seeking mid-cap exposure … The team has executed well [and] the fund’s risk-adjusted performance shines, with lower volatility and better downside protection than the category and index during the same time frames.”

Morningstar publishes a quarterly list of “up-and-coming or under-the-radar investment strategies that Morningstar Manager Research thinks might be worthy of full coverage someday.”

Two funds went from prospect to full coverage: ClearBridge Large Cap Growth (SBLGX), a 20 year old, $7.4 billion fund, was recognized as a Bronze medalist while Vanguard Tax-Exempt Bond Index (VTEBX), which is not yet two years old, has been awarded a Silver medal.

Columbia Acorn Emerging Markets (CEFZX) was dropped entirely from the Prospects list because of the departure of manager Fritz Kaegi and turmoil at Columbia Acorn funds.

Congratulations to the prospects, and thanks to Morningstar for sharing them.

Thanks, too, to you!

William, Patrick, and Jason – thanks so much for your contribution. It means a lot to us. And, as always, our trusty regulars Jonathan, Deb, Brian, and Greg. We couldn’t do it without you. For those who’d like to make a contribution, you can see your options on the “Support Us” page. We always appreciate your help.