It’s been a good first year for Laura Geritz, the folks at the Rondure funds and her partners at Grandeur Peak. Rondure New World (RNWOX) has drawn $90 million in assets since its May 1, 2017 launch. Rondure Overseas (ROSOX) has drawn just $15 million so far, despite having stronger absolute and relative returns than its sibling. New World is an unconstrained all-cap

fund investing in firms that are either in or are substantially tied to, the emerging markets. Overseas has a much lower market cap reflecting, in part, New World’s investments in huge multinational corporations that have substantial interests in the emerging world. Both funds have about 8% cash and portfolios that are reassuringly out-of-step with their peers; that is, both portfolios have sector and size weightings that differ vastly from the norm. In the case of New World, for example, consumer cyclical and consumer defensive sectors constitute 63% of the portfolio when their peers invest 24% there. Performance has been okay, and risk-adjusted performance for Overseas, measured by Sharpe ratio, has been exceptional.

For the funds we might say, “short record, good start.” Of the manager, it’s closer to “long record, consistent strength.” 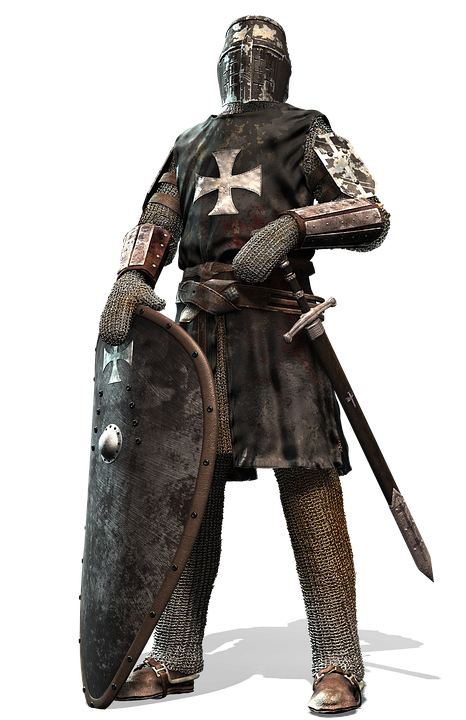 Two interesting developments this month. First, Zach Larkin will move from Grandeur Peak to Rondure on January 1, 2018. Zach currently holds the role of Guardian Portfolio Manager with Grandeur Peak Emerging Markets Opportunities (GPEOX, in which I have a personal investment but which is now closed). He also is responsible for research on industrials and has also covered technology and healthcare. Second, Mr. Larkin’s move signals an acceleration of the firm’s plan to launch a third strategy; one which would focus on frontier and smaller emerging markets. Ms. Geritz ran a fund with a comparable focus, Wasatch Frontier Emerging Small Countries Fund, for four and a half years during her tenure with Wasatch Advisors. During her tenure, that fund returned a cumulative 37% while its peer group lost about 5%. Mr. Larkin is also an alumnus of Wasatch Advisors.

Good value managers all look like idiots at first. It’s an occupational hazard. Good value managers are not satisfied with simply buying “the best of a bad lot.” They go out of their way to identify broken, forgotten and misunderstood firms, then to separate the few who are on the mend from the majority which are terminally and justifiably residents of the trash heap. Making money at this game has three steps: first the firms that will rebound then wait – certainly months and likely years – for them to actually rebound, and then wait again – certainly months and sometimes years – for other investors to notice and to pile in. The experience of David Marcus and the folks at Evermore Global Value (EVGBX) certainly illustrates the pattern; they trailed 90-97% of their peers for three years while steps one and two played out, before taking off in year four as others suddenly clamored to buy their portfolio. It’s one of the very few funds that I haven’t bought but that still sorely tempts me.

Seafarer Overseas Value Fund (SFVLX) might well be doing the same thing. Their relative performance has been really weak (they’re trailed 95% of their Morningstar peers over the past 12 months) but their absolute performance has been really strong (they’ve made 20% for the investors in the past 12 months, so quit whining, ya big babies!). Two factors are important in understanding those patterns:

The impact of those differences is reflected in Seafarer’s negligible correlation to “normal” emerging markets offerings. For example, its lifetime correlation with the Vanguard Emerging Markets Index (VEIEX) is just 0.25.

Which raises the very real possibility that their “peers” aren’t really their peers and that your simple peer comparison might be seriously misinforming you.

A whole series of funds in the ALPS Trust have decided to drop their sales loads, Effective December 1, 2017, Class A shares of the

will be renamed Investor Class shares and such shares will be offered without an initial sales charge or a contingent deferred sales charge.

Of them, RiverFront Dynamic Equity Income Fund (RLGAX) might be worth investigating, if only because of the wildly divergent ratings the fund generates. Morningstar, with classifies it as a World Allocation fund, rates it as a five-star fund with annualized five-year returns about 2.7% ahead of its peers. Lipper, whose data we currently rely on, classifies it as an Equity Income fund, whose annualized five-year returns trail its peers by 2.9%. Given the fund’s 45% international stake, I’ve got some sympathy with the Morningstar classification. Given that it’s a fund-of-ETFs with high turnover and “dynamic” in the name, some caution is justified.

On November 17, 2017, the Board of Trustees of Loomis Sayles Funds approved the re-opening of the Loomis Sayles Small Cap Value Fund (LSCRX) to new investors. Good fund, though still a bit bulky at $1.1 billion. It tends to post somewhat better return with substantial lower risk than its peers; in consequence, it has a higher Sharpe ratio than its peers in every trailing period except for the past year.

On November 15, 2017, the Board of Trustees decied to liquidate the “A” share version of Matisse Discounted Closed-End Fund Strategy (MDCAX), leaving the low-minimum Institutional version still up and running. Matisse, RiverNorth and the RiverNorth Core Opportunity Fund (RNCOX) both pursue the strategy of buying closed-end funds when they’re selling at historically unjustified discounts to their NAVs, an ongoing problem for CEFs. The two funds have a high correlation (.96) and high expenses (around 2.8%, because they’re investing in high-expense funds); they offer the prospect of market-independent arbitrage gains when the discounts on their holdings revert to normal. If you’re invested, you might look at our profile of RNCOX.

Effective December 29, 2017, Goldman Sachs Small Cap Value Fund (GSSMX) will close to new investors. It has a T. Rowe Price-like pattern: it wins by being consistently solid, controlling risk and providing somewhat better than average returns year after year. In its rare trailing year, it doesn’t trail by much. That’s the upside. The downside is that it has $7.0 billion in assets, an egregious amount for somewhat investing in small- and micro-cap stocks.

AB International Growth Fund (AWPAX) will become AB Sustainable International Thematic Fund on January 8, 2018. The fund will develop affection for “the securities of companies that are positively exposed to sustainable investment themes.” Not to suggest that’s a marketing ploy, but the fund has a miserable long-term record (it trails 96% of its Morningstar peers over the past decade) and has had no particular commitment to sustainable firms in the past.

City National Rochdale Emerging Markets Fund (RIMIX) has been reorganized into the Fiera Capital Emerging Markets Fund. Fiera Capital is a large Canadian adviser was $123 billion in AUM and operations in the US and Europe. The fund has been splendid under manager Anindya Chatterjee (top 1% over 5 years) with no more than average volatility, but they certainly don’t make it cheap (the retail e.r. is 1.63%) or easy to invest in. The shares are offered only through intermediaries, not many of them and not NTF. That is, it’s really good.

The Guggenheim ETFs, which used to be the Claymore ETFs, are about to become Invesco PowerShares ETFs. The ETFs’ board finalized plan for the sale and rebranding on November 15, 2017.

Legg Mason has worked harder than most to distance its funds from its own name. ClearBridge, EnTrust Permal (hedged products), Martin Currie (international), QS (quantitative portfolios), Royce (small caps) and Western Asset (fixed income) are the other Legg Mason brands. The last remaining Legg Mason funds will submerge when the latest round kicks off on December 29, 2017. All of the funds subadvised by Brandywine lose their Legg Mason tag. The affected funds are:

Bill Miller, of course, took Legg Mason Opportunity (LMOPX) for his own as the Miller Opportunity Trust while the renowned Legg Mason Value (LMVTX), the fund that beat the S&P 500 15 years running, became the really disappointing ClearBridge Value fund:

Effective January 16, 2018, PIMCO Capital Securities and Financials Fund (PFANX) will be renamed PIMCO Preferred and Capital Securities Fund. Morningstar already designates it as a Preferred Stock fund. For those interested, “capital securities” are “include securities issued by U.S. and non-U.S. financial institutions (including, but not limited to, banks and insurance companies) that can be used to satisfy their regulatory capital requirements.”

Baird LargeCap Fund (BHGSX) will be liquidated no later than December 22, 2017.

After a long, honorable run and a long decline, the Croft Funds Corporation has decided it’s time to close up shop on their two funds, Croft Value (CLVFX) and Croft Income Fund (CLINX). Kent G. Croft has been managing both funds since 1995, with Russell Croft joining him 11 years later. Both funds were quite competitive until 2010 or so, when they were left behind by the market’s relentless climb. The funds departed on December 1, 2017.

Della Parola Risk Optimized Equity Fund (ROERX) is slated to liquidate. Oddly, Morningstar seems to have already deleted the fund (we get a glimpse at the fund’s page which immediately switches to a “ticker not found” page), though MarketWatch shows it still trading on November 29, 2017.

Frost Conservative Allocation (FDSFX), Frost Moderate Allocation Fund (FASTX), and Frost Aggressive Allocation (FCAAX) will all liquidate on December 22, 2017. None of the funds was very good, and they ranged in size from $200,000 – $2.9 million.

Guggenheim Large Cap Optimized Diversification ETF (OPD) will be liquidated on or about December 18, 2017.

GuideStone Inflation Protected Bond Fund (GIPZX) plans to close to new investments on February 7, 2018 and liquidate on February 9, 2018. Uhhh … why does it make any sense for a fund that’s liquidating its holdings to accept new cash? Between now and February, they’ll be selling TIPs and moving to cash.

Harbor Funds’ Board of Trustees has determined to liquidate and dissolve the Harbor Commodity Real Return Strategy Fund (HACMX). The liquidation of the Fund is expected to occur on January 26, 2018.

iShares Edge MSCI Minimum Volatility Global Currency Hedged ETF (HACV) is under review for delisting by the CBOE BZX Exchange because it has too few fundholders.

Nuveen Intermediate Government Bond Fund (FIGAX) will be liquidated after the close of business on January 22, 2018.

Nuveen NWQ Global All-Cap Fund (NGEAX) will be liquidated after the close of business on January 22, 2018.

RVX Emerging Markets Equity Opportunity Fund (RVEDX) was liquidated and dissolved on or about November 30, 2017.

Wasatch Long/Short Fund (FMLSX) is slated to merge into Wasatch Global Value Fund (FMIEX). The change requires shareholder approval, which is generally a foregone conclusion. Wasatch Global Value started out in 1996 as 1st Source Monogram Income Equity Fund, was adopted by Wasatch in 2008 and renamed Wasatch Large Cap Value. It gained its current name in October 2017. The departing long/short fund followed the same path: it launched in 2003 as 1st Source Monogram Long/Short Fund, then was adopted and renamed in 2008. After a long, solid run, the fund faltered badly in 2015, rebounded in 2016, faltered in 2017, lost its original management team, then lost the guy hired to replace them and now faces dissolution.