On November 12, 2018, RiverPark Funds launches RiverPark Floating Rate CMBS Fund (RCRFX/RCRIX). Like several of RiverPark’s funds, RCRIX began life as a hedge fund (2010-2016). Unlike any of its predecessors, it originally converted into an interval fund, a sort of closed-end fund under which structure it operated for two years (RiverPark Commercial Real Estate Fund, 2016-2018) where investors only had quarterly liquidity. That fund began begin life with $50 million in assets from its private predecessor, of which $10 million is the manager’s own money. The newest package presents the fund as a traditional open-end mutual fund with daily liquidity and both retail (RCRFX) and institutional (RCRIX) share classes.

The fund’s objective is to provide its investors with a steady income stream which is generated by the monthly current cash coupon of its investments. In general, the manager invests in high-quality commercial real estate debt which includes commercial mortgage backed securities (the “CMBS” in the fund’s name), commercial real estates secured bank loans, mezzanine loans and collateralized debt and loan obligations. The key is that the debt is all backed, directly or indirectly, by real estate assets. There are a couple other contributors to the fund’s performance (buying assets below par and opportunistic trading), but they’re relatively minor factors.

The primary attractiveness of the fund is its success in very steadily generating income. In its 24 months as a closed-end fund, the fund has never had a losing month while its benchmark Bloomberg Barclays U.S. Investment-Grade CMBS Index and the Bloomberg Barclays U.S. Aggregate Bond Index both lost money on 11 occasions. While the fund’s monthly returns are modest (6-75 basis points monthly since October 2016, the steady compounding and lack of negative months has given the fund is substantial performance edge: it has averaged 4.44% annually over the period while both the CMBS and Aggregate Bond indexes are in the red.

While 24 months is too brief to offer meaningful comparisons, they do align to the fund’s longer term performance which includes both its hedge fund and CEF incarnations. Since inception in June 2010, the fund has never had a negative year. In monthly terms, it has had 95 positive months and six negative ones, with an average drawdown of 0.70% in its negative months. The fund’s standard deviation over this longer period is 0.58%, 200 points lower than either of its two benchmarks. Its beta (0.06) is nearly negligible.

It targets only high-quality investments. The manager targets securities back by high quality real estate and sponsored by blue-chip firms such as Vornado and Blackstone. From among those securities, they target ones with strong credit metrics (measured by loan-to-value and debt service coverage ratios) and attractive yields (typically LIBOR +3%).

It provides income independent of the traditional fixed-income market. Because the real estate market has different fundamental drivers than does the bond market and because most of the portfolio investments are floating rate with yields that reset monthly as interest rates rise, RiverPark believes the fund will allow investors to decrease their exposure to the risk of rising interest rates in their fixed income portfolios while also providing an attractive fund to  investors seeking non-correlated alternative investments that generate current income.” That seems borne out by the low correlation MFO found between RCRIX and a variety of plausible comparison funds over the past 24 months.

It has a highly experienced manager. The fund is managed by Edward L. Shugrue III, CEO of Talmage LLC who will be joining RiverPark as an employee with the re-launch. Mr. Shugrue has more than 30 years of commercial real estate investing experience, beginning with Bear Stearns & Co. in 1988 and including a stint as CFO for Sam Zell’s Capital Trust. He founded his current firm in 2003 and has, over the years, traded rather more than $30 billion in CMBS. 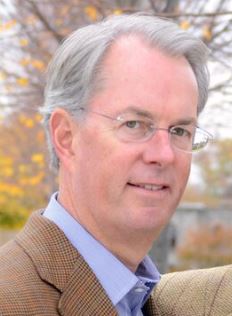 RiverPark believes that the Fund provides a unique opportunity to generate mid-single digit income yields (based upon current coupons and purchase discounts) with both limited credit and interest rate risk. Based on Libor today the Fund is generating a current coupon of 3.6%, and RiverPark believes based on where one year Libor is trading the coupon should increase to 4.3% over the next year.  Investors concerned with the projections that the U.S. bond market is positioned to post real returns of essential zero between now and 2025 (GMO, 9/2018), it might be prudent to look for alternate sources of income. This likely belongs on your shortlist for such investigations.

The fund’s Investor share class carries a $1000 minimum initial investment and expenses of 1.25%. The Institutional class is $50,000 and 1.00%, respectively. The fund’s website is attractive, but content is growing at a modest rate. Investors purchasing directly from RiverPark face a $2,500 minimum initial investment. The fund’s opening expense ratio is 1%. The fund will become available for purchase on a variety of platforms (Schwab, Fidelity and so on) over the next month.