The whole question of why we designate January 1 as the start of a new year is a bit unsettled. As you think about it, January 1 aligns with nothing. No major historical event. No astronomical occurrence. No grand moment in any of the world religions. 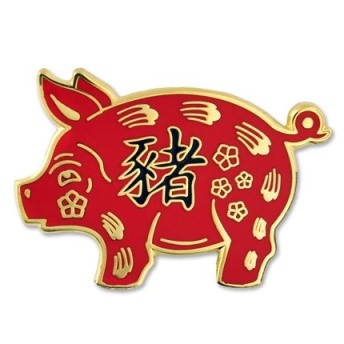 Much of the world goes its own way on the matter. The Iranian New Year, called Nowruz, sensibly enough begins at the moment of the spring equinox, March 20 or 21. Al-Hijra, the Islamic New Year, begins August 30. The Jewish New Year will be celebrated during Rosh Hashanah, beginning September 29. The Chinese (Korean and Vietnamese) New Year, preceded by a week of celebration, rolls in on February 5 with the inauguration of The Year of the Pig. In Chinese culture, pigs are the symbol of wealth. (I’ll admit that’s a thin hope, but I’m willing to go with it!)

The ancient Romans were sensibly political about the matter. The New Year started on Inauguration Day, whatever day the new consul took office which was usually in late spring, and the year was named for the leader. (January 20, 2017, if you want to play with that notion in your head.) The exact date was set by Rome’s chief priest, the pontifex, who often had strong opinions about the incoming administration. As a result, years could start sooner when the pontifex liked you and substantially later when he didn’t.

Upon ascending to power, Julius Caesar put a stop to the practice and set January 1 as the first day of the New Year, 45 BCE. The idea quickly caught on.

Okay, it didn’t unless you meant “about 1500 years later.” Here are the dates for when various states first recognized the civil year as beginning on January 1:

And still, we need a New Year. It represents a symbolic and psychological break from the messiness of the preceding twelve months, and it offers us the opportunity to gather, celebrate, plan and commemorate. Those are all very good things.

The designation of “centuries” as somehow important strikes me as equally silly. We can’t even keep straight whether a new century begins with the year numbered -00 or the one number -01; the latter makes more sense, though it’s less visually satisfying. Why, exactly, “the 21st century” is a meaningful phrase is unclear, since this epoch did not begin with any defining event.

The challenge to that easy orthodoxy was posed long ago by William Klingaman, in his 1987 book, 1919, The Year Our World Began. 1919 marks, he argues, the end of “the long 19th century” which was defined by a set of political structures (dynastic and imperial) and social structures (rigid and stratified) that were ripped apart by The Great War and the global plague that sickened one-third of the world’s population and killed 50,000,000. As the world spun out of control, its leaders were locked in vindictive, self-aggrandizing bickering.

We wish you better on this centennial of our world. We look forward to the year, fully cognizant of the wildness we face and of our own ignorance (I’ve got not the slightest clue about what the market will do nor how it’ll do it) but also cheered by your wisdom, your companionship and our children’s unbounded potential. We’ll make a good year of it, because we have no other option worth pursuing.

We were blessed both by challenge grants from two anonymous friends of MFO, and by your willingness to step up and help us meet them. You contributed enough in December for us to cover rather more than half of our (modest) fixed costs for the year ahead. Thank you for that.

Thank you to the dozens of you who renewed your MFO Premium accounts. In addition to Charles’s regular enrichments of the site’s function, we’re moving toward several grander changes including the creation of an investor advisory council to help us fine tune the system’s capabilities and a professional “user experience designer” to help us make it even friendlier and easier to use.

Speaking of MFO Premium, be sure to read Charles’s short announcement entitled “MFO Premium webinar.” Charles is co-hosting the webinar with Brad Ferguson of Halter Ferguson Financial, one of the financial planners who uses the site regularly in his practice and whose custom metrics are now incorporated in it.

A special shout-out to Richard from Orchard Beach and other fans of Money Life with Chuck Jaffe. I was Chuck’s guest on about December 20th and offered quick takes on a half dozen funds:

Provident Trust Strategy (PROVX) for Rich in Orchard Beach, MD. and Dale in London, OH. PROVX was profiled in our December issue, but also in our first issue ever. They’ve done a better job than just about anyone in managing the risks posed by a focused portfolio. It’s an exceptional little fund.

RiverPark Strategic Income (RSIVX) also for Rich. I like it a lot. David Sherman manages a flexible portfolio that aspires to returns in the 7-8% range but he will not “reach for returns.” I own it in my personal portfolio and we hold it as part of MFO’s tiny endowment. That said, two other RiverPark funds are modestly more compelling RiverPark Short Term High Income (RPHIX/RPHYX, which Chip and I also own in our portfolios) and RiverPark Floating Rate CMBS Fund (RCRIX/RCRFX).

Bruce Fund (BRUFX) for Dave in Beaver Dams, NY. Run by Robert & Jeffrey Bruce since 1983. The senior Mr. Bruce is 87 and was the mastermind behind one of the great funds of the 1960s and early 1970s, the Mathers Fund. They won’t permit themselves to be photographed and won’t talk with journalists or analysts. It’s a go-anywhere fund, with rock star / rock steady performance. It lost only 1% during September and October. #2 ranked flexible portfolio by Sharpe ratio. Industry’s worst website apparently designed by an accountant who resented the whole idea of the web. Morningstar disdains the fund and ended coverage in 2010; since then it’s been a top 5% performer.

Ariel International (AINTX) for Richard in Chula Vista, Calif. Rupal Bhansali has managed the fund since 2011. We’ve spoken at length, and she’s really impressive. I like the fact that her portfolio construction starts with a phase she called “throwing out the trash.” The general pattern is that performance sucks in boisterous markets, thrives in sucky ones. General rule: if the international markets are in the red, this fund will be a top 10% performer, if the international markets are making north of 20%, this fund will be in the bottom 10% with solid absolute returns. My impulse is to look at her Global Fund (AGLOX), with about twice the returns and slightly lower volatility.

Vanguard Dividend Appreciation (VIG) for Richard in Chula Vista, CA. Dividend worship has gotten entirely out of hand, as zero –and occasionally negative –interest rates triggered a desperate search for income-at-any-price. That’s had two effects on dividend paying stocks. First, they’re often no-growth companies whose stocks are now priced as if they’re high growth companies. Second, corporate management has engaged in some desperate financial engineering so they can continue to pay those dividends. Some companies have turned to issuing high yield bonds to fund dividends (and stock buybacks, which were averaging $75 billion a month over the first three quarters of 2018) and nearly 500 firms have dividend payouts that exceed their earnings. These are not your father’s blue chip Steady Eddie stocks, Richard. That said, Vanguard is sensible, disciplined (they look for 10 consecutive years of rising dividends) and cheap.

We were delighted to receive a boatload of books over the holiday season. These arrived throughout the month of December, and we smiled as we opened each one:

These Truths: A History of the United States, by Jill Lepore, an award-winning historian and writer for the New Yorker. Heralded as, “the most ambitious one-volume American history in decades,” These Truths explores our history through the lens of Jefferson’s “three truths” – political equity, natural rights, and the sovereignty of people.

Thinking in Bets: Making Smarter Decisions When You Don’t Have All the Facts, by Annie Duke. The author, “poker champion turned decision strategist,” tells us how to become comfortable with uncertainty, avoid knee-jerk reactions, and make good decisions – mostly without math!

Washington Black, a novel by award-winning author Esi Edugyan. This is the story of George Washington Black, or “Wash”, as life takes him from Barbados field slave, to manservant, to fugitive; from the Caribbean, to the Arctic, London, and Morocco. It’s a story of “love and redemption.”

Factfulness: Ten Reasons We’re Wrong About the World – and Why Things Are Better Than You Think, by Hans Rosling. A book designed to “change the way you see the world and empower you to respond to the crises and opportunities of the future.” If you liked Optimism is not always the answer, you might want to check out this book.

Thanks to the folks at Cohanzick, Cook & Bynum, Long/Short Advisors and others – optimists one and all – for their generous attempts to deepen my clue supply and help me while away the long winter evenings!