“Moon in a barrel: you never know just when the bottom will fall out.”

So, August as usual is the period of the “dog days” of summer, usually a great opportunity to catch up on reading. A site I commend to you for all things investment is Hurricane Capital, recommended to me by my friend Michael Mauboussin, of Credit Suisse. Among other things Michael pointed out that the writer of this blog (from Sweden) had posted all of Michael’s strategy and thought pieces going back for years. A recent one, which I would suggest is worth a read is entitled, “Thirty Years – Reflections on the Ten Attributes of Great Investors.” You will discover as you look at the listed attributes, Michael’s bias, is disclosed up front: he believes in economic value which joined with constant learning and teaching, and varied inputs that, when combined with rigorous framework, can lead to insight, consistent with Charlie Munger’s faith in the “mental models” approach to investing.

I was especially struck by the tenth listed attribute – “Read (and keep an open mind)”. Mauboussin relates how yearly, Columbia Business School sends a group of students to Omaha to meet with Todd Combs and Warren Buffett. In a recent visit, Combs apparently suggested to the students that they target reading 500 pages a day. And note that we are not talking about reading in business or finance. Rather, the habit of intellectual curiosity pushes voracious readers to move into ever expanding subject areas, since good ideas may spring from multiple origins. Indeed, to be able to recognize the cusp of change requires reading primarily for education but also for entertainment. The other important thing is to not establish “safe zones” in your reading but rather, seek out things that you don’t either agree with or, that challenge your previous and comfortably held beliefs.

My point here is this – that intellectual curiosity is one of those cultural determinants that sets the tone for a successful investment research methodology. One of the first times I had a discussion at length with Robert Sanborn after I joined Harris Associates was when he was excited after reading the book Guns, Germs, and Steel: The Fate of Human Societies by Jared Diamond, which influenced his thinking on investments in a number of ways. Robert was an avid reader, always with a book on his desk that was his current read, and in diverse areas of biography, history, or science, among other things. 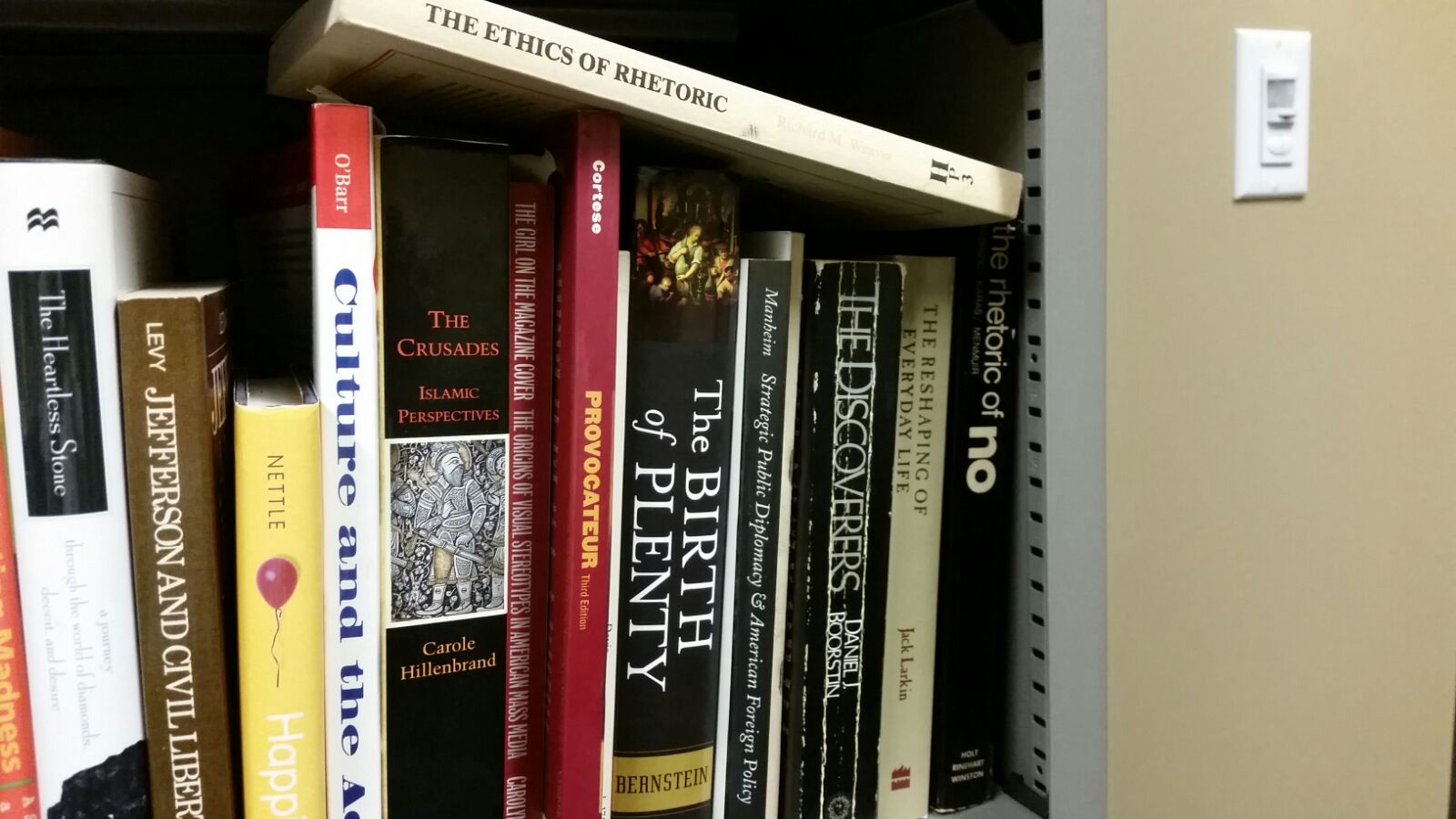 In 2004 and 2005, I was involved in the interviewing process for hiring analysts. A believer in the Hyman Rickover School of interviewing, I was always trying to find intellectually curious people who would not be just like everyone else at the firm. I wanted them to be inquiring about life in general, and show it both in their professional and personal interests. One of my favorite questions was what people read for fun, if anything. I will leave it to you to imagine my response when the answer I got one day was, “My reading for fun is all of the quarterly reports written by the people at Longleaf, as well as Buffett’s annual letters, and what you all write.”

There is a somewhat humorous codicil to this story. A few months later, I was having lunch with a friend in charge of an investment analysis effort at a financial research publishing firm based here in Chicago. She told me that one reason for the lunch was they wanted to pick my brain on what criteria I looked for in determining the kind of person who could become a successful investment analyst. I said I am not sure you want to do that as I am not involved in the interviewing process. She insisted that no, they were really interested in the criteria I would use for selecting people. So, over a long lunch, I gave her my thoughts. She left with a long list of notes.

About a year later, I asked how that had worked out. She said they were very pleased, and had used most of my criteria in selecting people for their analyst training program. Part of their underlying premise was that you could teach people accounting and finance, but you could not teach them to read, write, or think. Interestingly, she confirmed what I had long thought, which was that the most successful candidates generally had liberal arts degrees with an emphasis in English literature, and were very gifted and creative writers. The company involved continued to grow, had a successful IPO, and is now a public company with a market capitalization in excess of $3B. There is one piece of information I should include here, so that you don’t go off thinking that this was a rather random event. And that is that for some years before joining Harris, I had been involved in interviewing, selecting, and training individuals to become intelligence analysts. The skill sets and personality characteristics required were not that different from those that one would look for in a good business analyst (which was what I wanted). One looked at all costs to avoid group-think individuals, so as to avoid another Pearl Harbor or Yom Kippur War. Now of course, the Bloomberg terminal has doomed the investment research business in general by making it easy to rationalize never leaving one’s office. It is hard to think out of the box if you never leave the box. Garbage in, garbage out, and if it is not in Bloomberg, it is not worth knowing. What’s next – the anonymity of the blogosphere for research?

Why Is Competition Bad?

In the last few months, there have been discussions in the financial press about non-compete clauses in employment contracts. The primary focus for the discussion has been to examine how growth in the technology area has been impacted in the economy of Massachusetts, which under state law permits non-compete clauses for as long as a three-year period. At the other extreme is California, where they are illegal as contrary to public policy. It is thought, and would appear to be the case, that one result is that the number of technology start-ups in Massachusetts has been throttled by allowing enforcement of non-compete clauses. In a compromise, New York has enforced them, but generally limits the period to no more than a year (described by some as the Goldman Sachs rule).

As should not be a surprise, the clauses are also popular in the financial services industry. Three years of course is a lifetime in the investment management and investment banking industries (what have you done for me today). Being able to walk out the door and start anew of course, has given us Jeff Gundlach as well as Bill Gross in new situations. Illinois until recently allowed non-compete agreements up to a period of three years, but recent court decisions appear to have ended the concept here (sometimes the desire for job growth trumps all). After all, there has been shrinkage in the number of investment management firms and assets under management in general in Chicago. The chicken-egg question is of course whether sub-par performance has led to asset shrinkage, or whether the intellectual capital has become too genetically incestuous and not replenished by input from other parts of the country.

An interesting question, and one to which I do not have an answer, is whether one should look to invest in the products of investment management firms in jurisdictions that do not permit non-compete clauses. Said differently, should one tilt toward California-based firms, because they will always be more vital and self-renewing. After all, as we have seen in the fixed income area in particular, the talent can just go down in the elevator at night and not come back if they don’t think they are being treated fairly, or if they think the wrong things are being emphasized in the culture of the firm. Alternatively, there are firms in both Boston and Chicago which are having serious succession planning issues notwithstanding the ability to “protect” the franchise with non-compete clauses. As we watch for a number of fund shut-downs and personnel exits in coming months, it will be an interesting endeavor to piece through fact from fiction.

What to Do Now?

I am regularly asked, as recently as this week, by various individuals and entities, the question of where I would put funds/new moneys now in terms of investments. At this point, I have to confess that I really have no good ideas. Nothing looks undervalued. Bonds look quite overvalued. In terms of real estate, the idea that class A office properties are changing hands at capitalization rates of 4 times or less (income multiples of 25X or greater) is truly off the charts, driven by a desire for income without an appreciation of the risk attendant. And that is before we think about change as represented by the Millennials. An experienced developer said to me today, an office for a Millennial is a cubicle with a chair and a place to plug in a headset (and not interact with others). Retail real estate is dying a slow, or perhaps not so slow, death. Equities as a class don’t look undervalued. While I feel that now is the time for active value managers to outshine and outperform the passive players, too many of them have compromised the discipline by investing based on metrics. Their analysts have gotten used to a form of pandering rather than looking for truly undervalued or misclassified situations, where the market inefficiencies still exist relative to the business value. My answer for the moment, which few will like, is that cash is the undervalued asset. It also has the lowest opportunity costs attached to it, since one year insured certificates of deposit are increasingly available in the marketplace yielding a 1% APR.