FTHNX pursues long-term capital appreciation. The managers invest in a diversified US small cap equity portfolio. The managers seek out stocks where other investors are likely to make behavioral mistakes. If they conclude that an investor mistake is likely and the company has solid fundamentals, the portfolio managers generally buy the stock. They sell when the misbehavior has run its course, which tends to lead to a high turnover portfolio. That said, they do not automatically buy or sell based on a single security’s characteristics; they impose a risk management overlay that helps control exposures to sectors, size, and other characteristics. The fund currently holds about 80 stocks.

Fuller & Thaler Asset Management, Inc., which is headquartered in San Mateo, California. The adviser was formed in 1993 and provides advisory services to mutual funds in the US and separately managed accounts for individuals, pension plans, charities and foundations, corporations and other pooled interests. Their small cap separate account strategies focus individually on the small value, small core, small growth and microcap classes. They have filed with the SEC to launch two new mutual funds, Mid Cap Value and Small Cap Growth, near the end of 2017. The firm employs 20 people, including 11 investment professionals. As of September 30, 2017, they had over $9.0 billion in assets under management and advisement.

Dr. Raife Giovinazzo, CFA, the lead Portfolio Manager and Dr. Russell Fuller, CFA. Dr. Fuller is Fuller & Thaler’s co-founder, president and chief investment officer. He has 46 years of investment industry experience. Dr. Fuller earned all of his degrees from the University of Nebraska and has chaired the finance department at Washington State University. He’s managed the fund since inception. Dr. Giovinazzo is Fuller & Thaler’s Lead Portfolio Manager for the Fund. Before joining Fuller & Thaler in 2013, he served stints with Blackrock and Wellington Management. He has a B.A. from Princeton (studying under the 2002 Nobel Laureate, Dr. Daniel Kahneman) and both an MBA and a Ph.D. from the University of Chicago.  Dr. Richard Thaler, the 2017 Nobel Prize winner in economics was his advisor for his PhD at the University of Chicago.

Folks at Fuller & Thaler, having been burned before, are understandably reluctant to name a figure. For small cap strategies, the best most managers can say is “our capacity depends on about a dozen things we can’t control and can’t predict.” Those typically include the size and speed of fund flows since the small cap market is less liquid than the large cap one, changes in the size of their investable universe influenced by changes in equity valuations and corporate growth rates and so on. One of the Fuller & Thaler partners avers that they know what their capacity is given current conditions and they know they “absolutely have to be cognizant” of it. They’ll close before they hit their capacity constraint.

Both Dr. Fuller and Dr. Giovinazzo have more than-$1million of their own money in the fund. None of the trustees had invested, as of December 31, 2016. In addition, 96 million R6 shares are held in trust for Fuller & Thaler.

September 8, 2011. The fund began life as a fund that was sub-advised by Fuller & Thaler for Allianz Global Investors, and then Fuller & Thaler became the advisor for the fund on October 23, 2015.

Fuller & Thaler received a well-deserved spurt of attention in October 2017, following Richard Thaler’s receipt of the 2017 Nobel Prize in Economics for his ground-breaking work on investor misbehavior. Dr. Thaler is one of the owners of the adviser, sits on their board of directors and contributes his insights; he does not actively participate in managing the fund, nor has he ever.

Investors, misbehaving and otherwise, discovered the fund’s attractiveness rather ahead of the media. The fund’s assets under management have grown from about $11 million in 2015 to $66 million in 2016 and $268 million by late 2017.

Anyone who has watched another couple out on a date, or who has raised a teenager, or who has tried to reason with a committee immediately recognizes a painful truth: people can be remarkably, stubbornly, painfully, endlessly thick-skulled. We do the damned dumbest things, often to our own disadvantage … and we do them over and over again.

For years, the only people on the planet who believed we weren’t that dense were economists. They insisted that we were “rational actors,” forever living neatly at the intersection of the supply and demand curves. And they invented the efficient market hypothesis which, in its strongest form, said “the price of every stock is exactly right since it continuously represents all of the information held by all of the rational actors in the market.”

Most of us just sort of stared at them in wonderment, then studiously avoided them at lunch.

That began to change several decades ago when researchers, Dr. Thaler included, began to rigorously document and explain the patterns of investor irrationality. Since those patterns of misbehavior were predictable and consistent over time, they were also exploitable. Smart people would find ways to make money based on their ability to predict when, and how, the rest of us were going to be dumb.

Thus, the field of behavioral finance was born. Many of the academics responsible for that foundational research became active participants in the market, turning insight into financial gain. Thus, Fuller and Thaler was born.

This is one of the rare funds where the advisor’s explanation of what they do is clear, conversational and sensible. I’ll let them speak for themselves. 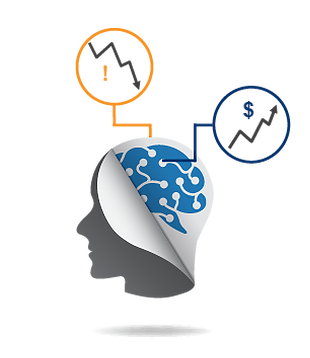 Our investment process is based on decades of research into behavioral finance. Behavioral finance is the study of how investors actually behave, as opposed to how they should behave, when making investment decisions. Professional investors are human, and like all humans, they make mistakes. Investors make mistakes because they have emotions, use imperfect rules-of-thumb, and have priorities beyond risk and return. We look for those mistakes. We attempt to predict when other investors – the “market” – have likely made a behavioral mistake, and in turn, have created a buying opportunity.

There are two kinds of mistakes that produce buying opportunities: over-reaction and under-reaction. Other investors may over-react to bad news and losses (e.g., panic). Or they may underreact to good news (e.g., not pay attention). At the individual stock level, we search for events that suggest this type of investor misbehavior. If these behaviors are present, we then check fundamentals. In summary, if an investor mistake is likely and the company has solid fundamentals – we buy the stock.

The Observer’s analysis of the fund’s performance –both in raw returns and in various measures of risk-adjusted returns – reveals a reassuring pattern. The fund has substantially outperformed its peers since inception; more importantly, it is both less volatile and less volatile on the downside than its peers.

Here’s the snapshot of performance from inception through 9/30/2017.

Here’s how to read the table. Since launch in 2010, the fund’s total returns have averaged 19.8% a year, against 15.6% for its peers. That’s really good but better still is the fact that the fund has not subjected its investors to nearly the same amount of short-term risk as its peers. The fund’s worst lost was 13%, less than its peers 16.2% and it recovered from that lost within 11 months. Volatility measured by the fund’s standard deviation is lower than its peers, but the more important measure of downside deviation (that is, the tendency to post short, sharp losses) is much smaller. The Ulcer Index, a measure that combines the depth and duration of a fund’s drawdowns, is lower as are its losses during bear market months. The final three columns then measure the risk-return balance, which varying degrees of conservativeness. In each case, higher is better and, in each case, Fuller & Thaler is higher.

One way of looking at the consistency of returns is a fund’s three-year rolling averages. The screener at MFO Premium allows us to answer the question, “if you were willing to hold a fund for three (or one or five) years, what’s about the worst you might experience and what’s about the best you might hope for?” So we calculate returns from, say, November 2011 to November 2014, then December 2011 to December 2014, January 2012 to January 2015 and so on. Over the last five years, there have been 25 overlapping three year periods.

There are 270 funds in Fuller & Thaler’s small cap core Lipper peer group.  Fuller & Thaler ranks #1 when you look at the worst-case period; in their worst three-year period, the fund returned 8.5% annually. The second-best fund, a mid-cap index, trailed them by 170 basis points annually. They rank #7 out of 39 when you look at best three-year periods, with a return of 16.5%.

The fund has earned the Observer’s Great Owl designation, which signifies outstanding risk-adjusted performance in every trailing time period. It has earned a five-star rating from Morningstar, from the past three- and five-year periods and overall. And it has earned a Lipper Leader designation for outstanding total return, consistency of return and expenses. (All those ratings are current as of 9/30/17).

The fund is growing briskly, having quadrupled in size with a year. “Hot money” rushing in sometimes portends the risk of hot money eventually rushing back out. The inflows help the fund’s tax efficiency and are still too small to affect strategy execution, but the outflows – probably at the worst possible time, since people tend to be predictably dunderheaded (see above) – will complicate things.

Fuller and Thaler is not the only firm using behavioral finance principles to build their portfolio, but they’re one of the best because behavioral finance is not just “one of many factors” influencing the portfolio and it’s not window-dressing for the sake of marketing. It’s what they do, and they do it very well. They communicate clearly, they manage risk well, they outperform their peers and they outperform the indexes. For investors looking for a distinct take on small cap investing, Fuller & Thaler Behavioral Small-Cap Equity should surely be on the due-diligence short list.

Dr. Thaler has warned repeatedly, in a series of well-received books, about what we were screwing up and how to guard against it. For the benefit of readers interested in popular versions of the research, we’ve linked to a series of his books and to books he’s recommended in my November 2017 “publisher’s letter.”