Or Happy Eostre, if you prefer. The timing of Easter appears to be another instance of religious plagiarism, as early Christians borrowed a pagan spring festival as the (endlessly variable) date on which to celebrate the Resurrection. We don’t know that Eostre actually was a pagan goddess, since only the Venerable Bede testifies to her existence. Still, it makes sense and would be a great time to be hopeful. 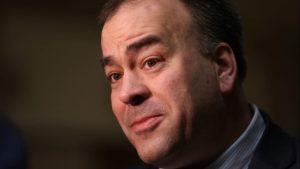 One good reason to celebrate. Congratulations go to Fritz Kaegi for his electoral victory in Chicago. Fritz, who I first met when he was a high school debater for Kenwood Academy and I was Augustana’s director of debate, went on to manage Columbia Acorn Emerging Markets and, eventually, to serve as co-CIO for Columbia. He left Columbia two years ago after a coup of some sort, began to look for ways to use his powers for good and not for evil, and settled onto the prospect of running for Cook County Assessor.  It’s a powerful position affecting all of the city of Chicago, and Fritz just won a hard-fought campaign against the incumbent Joe Berrios. Neither Mr. Berrios’ Wikipedia bio nor the testimony of Chicago-area friends paints Mr. Berrios in a positive light. One giddy commentator suggested that Fritz’s win “could signal end to machine-style Chicago politics.”

Thanks to the various folks who are trying to share useful resources for you, through us.

Kirk Taylor, a long-time reader of MFO who’s lately been keeping us up to date on the last remnants of Third Avenue Focused Credit, has launched a blog, Fire Checklist, that’s begun posting interesting, thoughtful pieces on investing. On the Third Avenue matter, the advisor expects to complete liquidation by the end of June with investors receiving about 84% of their pre-liquidation capital back.

Thanks, too, to Rick Bachmann and the folks at AAII / Baltimore for sharing a Saturday morning with me. I hope it was interesting and productive!

Thanks, as ever, to the folks who support MFO.

Our special thanks, this month, to Marty for your generous donation and to John V., now joyfully retired after a long, productive career helping others manage toward retirement. Larry, Robert, Vincent, Toney, Bob Dorsey and the good folks at Ultimus, we couldn’t do it without you. To Larry P., for the support and Jonathan B. for the recommendation to investigate ACM Dynamic Opportunity (ADOIX), we thank you.

And always thanks to our trio to faithful subscribers, folks who’ve set up a steady monthly contribution to MFO. To the indefatigable Deb who might yet get me to understand how to achieve financial stability, to Brian and most especially to Greg Estey for the kind and thoughtful note that I shared with the other folks here.

In hopes that our friends in the investment management industry might have a happy week, Ed Studzinski and I agreed not to mention the recent Bloomberg Gadfly column by Mark Gilbert (“What your fund management job will look like in a decade,”3/20/2018). The essay is informed by a report by Oliver Wyman and Morgan Stanley which concludes that the firm model for the industry is unraveling, with smaller advisers driven to the wall by the commitment of larger firms to data mining and high-margin alternative investments. The key to survival is using customer relationship data and better artificial intelligence algorithms to find a way to create enduring relationships. I’ve spoken with a number of managers on this very subject. The reaction to advice to reconceive their relationship with shareholders is uniform: “don’t wanna, not gonna. I pick stocks.”

Which means it would be gratuitous to point them toward Mike Cherney’s article, “What fund managers can learn from vacuum cleaners” (WSJ, 3/29/2018). In it Andrew Formica, coCEO at Janus Henderson Group argues that the level of customer service in the investment industry is poor, but that you could learn (if you chose) from Dyson. He notes that Dyson seems manic about making sure that every customer loves every interaction with the company. When things go wrong, they go far out of their way to make it right. “No questions, no quibbles. That is client experience.” In contrast, investment managers care for their portfolios and let their clients fend for themselves.

And it would certainly be cruel to reach back to 2016, when the Financial Times interviewed Sudhir Nanda, a T. Rowe Price manager and one of their best quants (“Fund star Sudhir Nanda warns of threat to human role in finance,” 4/25/2016) for decades, the best hedge funds have used massive computing power and increasingly sophisticated programs to enact their strategies. Large fund firms “pouring money into new technology, ‘big data’ and more computer programmers to ensure they do not fall by the wayside in an increasingly ruthless investment world.” Independent firms, in contrast, often seem reluctant even to splurge on a Windows upgrade. Mr. Nanda most optimistic argument offers cold comfort, “Having a human is still important. Humans aren’t going to be completely replaced, but they will be mostly replaced.”

My colleague Charles Boccadoro unequivocally agrees. He’s been spending a lot of time in the past year with first-tier quant managers and just returned from a conference entitled “Democratizing Quant Investing.” His report appears later in this issue.

My doctorate is in communication (dude, I teach propaganda and persuasion for pay!) and my argument just doesn’t strike me as controversial: “any fund firm that stakes its existence on its ability to generate better raw performance than a well-constructed index or AI algorithm is dead, dead, dead.” Not now, not next year and not in the next decade. But, without considerable creativity and a willingness to put the same energy into understanding your clients that you put into understanding your portfolio, there will not be a “next generation” of independent managers. (Or of fund analysts.)

All of which is true, but none of which we’ll mention just now. It’s spring, a season of hope and fertility.

In May we’ll celebrate MFO’s seventh anniversary. Our first official issue was May 1, 2011. We’ll look back to that first essay, as well as look ahead to the prospect of meeting folks at the Morningstar conference in June.

Until then, stay sane!