January 2019 will be remembered by mutual fund and Vanguard investors for a few things.  Besides the stock market recovery that largely reversed the year-end 2018 selloff, the following two things occurred:

Compare, for example, the Fund Profile for Wellington Fund that was included with the May 31 2018 Semi-Annual Report, with the information included in the November 30 2018 Annual Report. 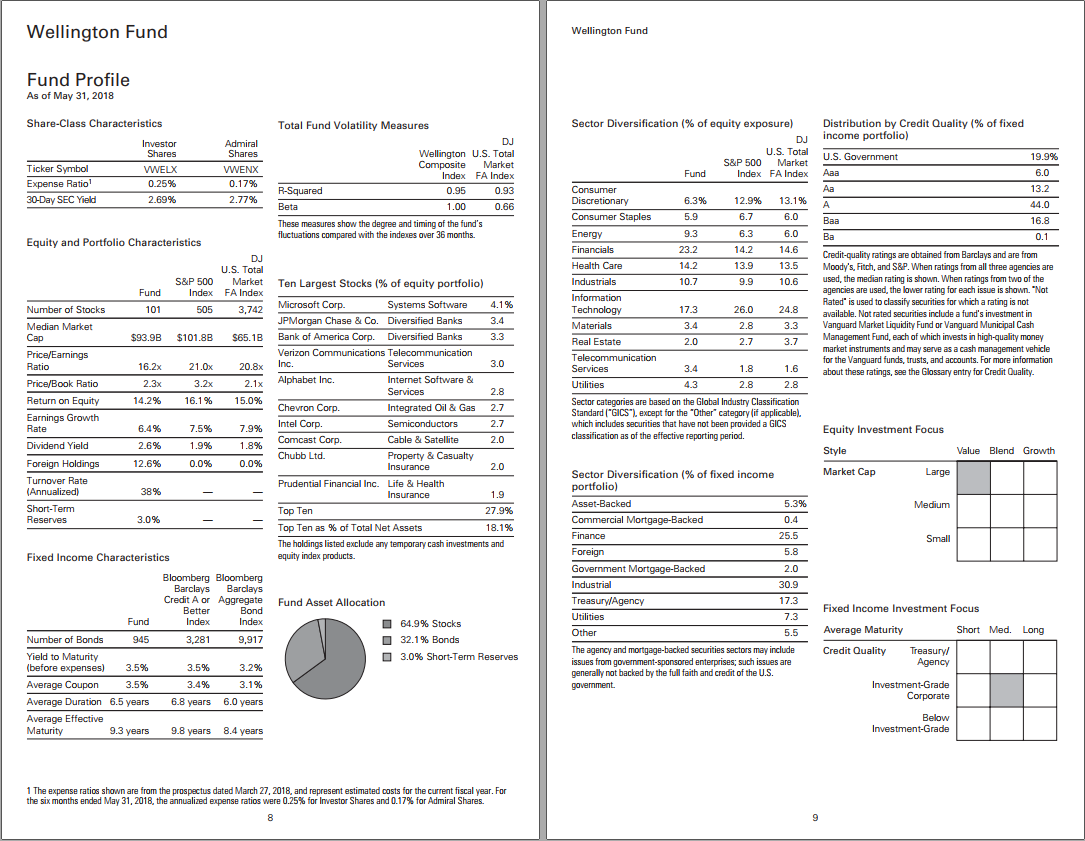 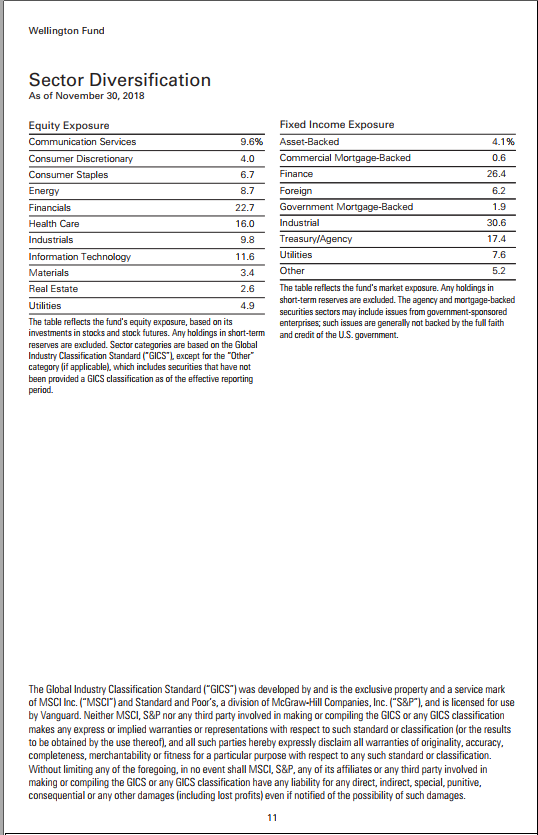 You will notice something peculiar – Vanguard  has eliminated virtually all of the Fund Profile information from the Annual Report.

Long-time Vanguard experts and observers have remarked upon other recent changes in Vanguard’s disclosures and statements.

Daniel P. Wiener, editor of The Independent Adviser for Vanguard Investors and co-founder of Adviser Investments in Newton, MA, believes the changes may be related to Vanguard’s efforts to push folks to the web, in Vanguard’s continuing effort to cut costs. He notes that the second page of the new Wellington Fund annual report includes the following message:

Beginning on January 1, 2021, as permitted by regulations adopted by the Securities and Exchange Commission, paper copies of your fund’s annual and semiannual shareholder reports will no longer be sent to you by mail, unless you specifically request them. Instead, you will be notified by mail each time a report is posted on the website and will be provided with a link to access the report.

Wiener states that  “the idea, of course, is that if folks don’t receive dead-tree [paper] reports, or they find them inadequate, they’ll go to the web… Vanguard, having shaved costs to the bone, and with service issues continuing to plague them, needs to find ways to continue to cut costs and at the same time redirect spending to the web. They’re well behind the competition in that regard so now they’ve gotta catch up.”

DiStefano writes that Vanguard’s most recent statements to the Security and Exchange Commision (SEC) and investors no longer claim, as they once did, that:

The Vanguard Group is truly a mutual mutual fund company. It is owned jointly by the funds it oversees and thus indirectly by the shareholders in those funds. Most other mutual funds are operated by management companies that may be owned by one person, by a private group of individuals, or by public investors.

Nor do Vanguard’s recent statements claim (as they once did) that:

Vanguard operates “on an at-cost basis,” as if the funds charge the affiliated management company only what it costs for fund services, without the usual business overhead and profit margins.

As far as I can tell, Mr. Bogle never said “Know what you own, and know why you own it.”  Those wise words were written by former Magellan Fund manager Peter Lynch, in his 1989 book One Up On Wall Street.