It’s spring and it’s about 10 degrees above zero here which means it’s Spring Break at Augustana College! Winter term on Augie’s singularly bizarre academic calendar runs from roughly Halloween to Valentine’s Day, gulping down Thanksgiving, Christmas, and New Year’s along the way. We offer, I suppose, the antithesis of the old MTV spring break beach parties with raucous guys dancing with girlfriends clad only in whipped cream. Nope, Swedish-Lutherans we, we hand the kids their parkas and urge them to go off and have a good time, but just be back before too late! 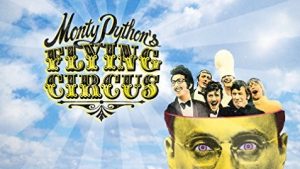 The break gives me occasion to read, some of which (a friend’s novel) was deeply engaging and some of which (virtually every online “news” story) was deeply disturbing. Not that the news was disturbing so much as the lunacy of the folks they allow near keyboards. It appeared at times as if the financial analyses were being offered up by the folks from Monty Python’s Flying Circus.

I mourned the passing of Jack Bogle, who was sometimes wrong but never anybody’s fool. I pondered the disclosure that Bill Gross has Asperger’s Syndrome, an autism spectrum condition, and that he attributed part of his long string of successful investments to it. And I thought a bit about the different sets of tales coming from Fidelity: the parent company spinning gold out of straw while even their best managers can’t hold investors.

Three Tales of the Faithful

Fidelity first appears in English in the 15th century, from Middle French fidélité, from Latin fidēlitās, from fidēlis (“faithful”).

Tale the First: Shearing the sheep

I had the opportunity to read the 2018 annual report of FMR, Fidelity Investment’s parent company. The company has much to celebrate. First, they’re giving away money like holiday candy. Their funds have zero minimums. Expense ratios are down. New index funds that charge nothing, nothing, nothing! are drawing billions. And Fidelity has launched no-commission, low expense ETFs including sector ETFs charging just 0.084%. That is $0.84 for every $1,000 invested. It’s like Mother Teresa is running the place. 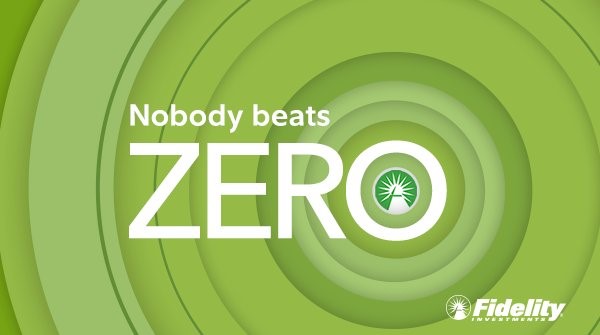 And yet, somehow Fidelity is miraculously raking in record piles of cash. Revenue was up 11.5% and income was up 18.6%. Expenses were up 8.6%. And yet, the number of customers was up just 6-7%. Assets under management were down as were assets under advisement.

If the amount of money Fidelity takes in grows faster than the number of accounts, and it grows even when the value of those accounts fall, one begins to suspect that somehow Fidelity – despite record largesse – has arranged things so as to extract greater amounts of money from their investors than ever before.

Which, by the way, is the fundamental imperative of the financial services industry.

Tale the Second: The Losing Bet

I have never made money betting against Joel Tillinghast.

Mr. T. manages Fidelity Low-Priced Stock Fund. He is, by all accounts, a genius. Peter Lynch, famed manager of Fidelity Magellan, explains in the Foreword to Mr. T’s book Big Money Thinks Small, how he came to be at Fidelity. Lynch writes that his secretary eventually put Tillinghast through, saying there was a “sweet guy” from the Midwest who kept calling. She thought he might be a farmer. Lynch said he’d give him five minutes. An hour later, he said, “We’ve got to hire this guy.”

Good call. In the 1980s, Mr. Tillinghast discovered a stock market anomaly – low-priced stocks, those priced at $5.00 a share or less – were substantially mis-priced, perhaps because managers were squeamish about something that felt so … flimsy. He convinced Fidelity that he could make a lot of money investing in these low-priced stocks if only they’d give him a fund to do it with. And they did: Peter Lynch and Fidelity chairman Ned Johnson seeded the 31-year-old’s new Low-Priced Stock Fund with their own money.

A quick scan of the fund’s performance in the MFO Premium database shows:

Over the full market cycle: Low-Priced wins by 0.8% annually. Likewise it won over the entire preceding market cycle.

And the management is stable and deeply invested in the fund. The expenses (0.62%) are low and falling. Turnover is low and the fund is tax-efficient. Morningstar celebrates it. MFO celebrates it.

All of which, understandably enough, convinced investors to flee in droves.

This is a pretty powerful picture. It depicts monthly outflows from Low Priced Stock in 59 of the past 60 months, despite offering everything that an equity investor might reasonably (or unreasonably) hope for: discipline, low-cost and winning performance.

As investors, we need to ask “is it me, Lord?” Am I the one dumb enough to ignore all of the available evidence and invest based on fad rather than fact? As fund advisors, we need to ask, “if cheap and successful doesn’t work for Mr. T., what does it say about how we should approach our investors and our approach to creating a sustainable business?” Many fund companies continue to pursue the same doomed approach: “Let’s cut our expense ratio by a few basis points, let go an analyst or two, and talk about our market-beating performance.” Dear friends, you can’t nibble your way out of this problem and you can’t win by trumpeting fleeting returns. You need to listen much more seriously to your investors and ask the hard question, what purpose do we serve?

Tale the Third: Passing in Silence

Fidelity announced this month the impending retirement of the long-time manager of Fidelity Magellan (FMAGX), once more of a starship than a flagship in the galaxy of funds. The announcement of the departure of The Great Man – whether Johnson, Smith, Lynch or Vinik – would have been front page news and fodder for a breaking story on CNBC.

Today? Listen to the sound of the crickets. Morningstar just ran Russ Kinnel’s story, “7 Funds with Big Manager Changes” (2/25/2019). Westwood Income Opportunity (WHGIX) made the list, Fidelity Magellan did not.

Perhaps that’s not surprising. Magellan, once the largest actively-managed equity fund in existence, is not even one of Fidelity’s 20 largest funds anyone. At $16 billion, it sits 25th on the list … and you couldn’t name even a handful of the 24 ahead of it. Nor, I suspect, could you name the manager who, after eight years at the helm, is about to go.

Jeff Feingold. He’s been replaced by Sammy Simnegar, Fidelity’s very successful emerging markets manager.  It might worry Fidelity that we’re able to identify at a glance a manager who’s been gone for 29 years far more easily and naturally than the guy who’s actually been running the show this century. 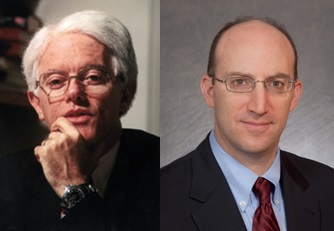 Before you point, in celebration or condemnation, to ETFs

You really should read a singularly thoughtful, well-written and well-researched piece by Elizabeth Kashner at ETF.com. It’s entitled “Tough Times for New ETFs” (2/21/2019). She makes two interesting points: ETF liquidations are rising steadily and almost no new ETF launches lead to sustainable asset levels. In general, the only ETFs that make serious money are the ETFs that are used in the portfolios of other funds. Beyond that, for all the hype and pageantry, it looks like the market has peaked. It’s worth both reading and thinking about.

To your all, and welcome to Roberto Plaja, our first international (much less first Swiss) subscriber! Thanks, as ever, to our subscribers – the folks who’ve set up modest recurring monthly contributions through PayPal — Greg, William, Brian, David, Doug, and Deb. Wow! We can’t thank you enough for your help. Finally, thanks and welcome to Trev, Martin and John. We really do appreciate the help!

We’re beginning to plan for the warmer months to come. MFO will be at the Morningstar Investment Conference in Chicago again this year, but we’ll be less present than usual. The conference runs from Wednesday, May 8 to Friday, May 10. Chip and I are both still in session at our colleges then, so she won’t be able to attend at all and I will be around only on Wednesday, May 8. We expect that our colleague Charles Boccadoro, master of MFO Premium, will be around throughout the conference. If you’d like a chance to chat with me, check your Wednesday schedule and drop me a note. Likewise, reach out to Charles if you’d like to talk MFO Premium, data, analytics, AI for funds or a hundred other topics.

And, if you’re trying to find us in June, you’ll have to look for the happy Americans walking the beaches of the Dingle Peninsula, County Kerry, Ireland.