The fund equally weights all of the stocks in the S&P 500 index and rebalances its portfolio quarterly.

The Index Group, LLC, headquartered in Colorado Springs, Colorado. While they are legally permitted to provide other advisory services, managing their mutual fund is their only current activity.

$200-300 billion. Capacity constraints are normally imposed by starting with (1) the desired size of the lowest market cap fund in the portfolio or (2) by the need to be able to unwind positions with limited liquidity quickly and quietly. Neither of those is a meaningful constraint here: their tiniest firm has a $2 billion market cap and it will never get more than 0.22% of the portfolio and positions would change only as the composition of the underlying index does.

Neither the manager nor the trustees has a direct investment in the fund. That having been said, the manager and his partner (aka The Index Boys) are pouring all of their money into running the fund which is reflected in the fact that they only charge investors 0.25% for a fund that costs them nearly 2% to operate. The trustees accept only $79/year for their services.

0.25%, after waivers, on assets of $39 million. The fund has experienced very steady, consistent inflows. The expense before waivers is 1.98%.

This is an update to our fund profile of June, 2018. For a complete discussion of the fund’s rationale and structure, please check the original profile. This update provides a short synopsis of the full argument and will provide updated performance information.

Standard and Poor’s compiles several versions of their famous S&P 500 index. The most famous is designated SPX. It is the cap-weighted version of the index. That means that the percentage weight each stock has in the index is directly tied to their market cap; a stock that represents 4% of the cumulative value of all the S&P stocks gets a 4% weighting in the index. As of April 2019, the top ten firms in the index comprise almost 25% of its entire weight. Over $3.4 trillion is invested in SPX index funds.

Another version of the index, designated Equal Weight Index or EWI, takes the exact same stocks but weights them differently. It gives every stock an equal weight in the index, 0.2% for everybody. Microsoft, which occupies 4% of the SPX is only 0.2% of EWI. The same 10 names that are almost 25% of SPX are just 2% of EWI. Once a quarter, the index is rebalanced to sell the winners back down to 0.2% and buy more of the losers to restore them to 0.2%. About $22.5 billion is invested in EWI index funds.

That simple difference in weighting creates significant differences in the biases embedded in the indexes:

The argument for investing in the S&P 500 Equal Weight Index is simple: you’re troubled by the fundamental flaw in the original S&P 500, which is its cap-weighting. It rewards, and becomes dependent on, the market’s largest and most overvalued stocks. And the sheer popularity of S&P 500 indexing (over $9.9 trillion indexed or benchmarked to the index, with indexed assets comprising approximately $3.4 trillion of this total) means that more money is automatically poured into those stocks, driving them to even higher valuations.

This chart of the 10-year performance comes from Standard and Poor’s itself.

Over time, INDEX has been your single best option for accessing EWI.

There are three vehicles that track EWI: two funds and one ETF. INDEX has been the best of them over its four-year lifetime. The other two options are huge: Invesco Equally-Weighted S&P 500 Fund (VADDX) holds $7.3 billion and charges 28 bps while Invesco S&P 500® Equal Weight ETF (RSP) has $15.2 billion and charges 20 bps.

Despite the popularity of the two older products, INDEX has since inception outperformed both on pure return and risk-adjusted returns.

All data as of 4/30/2019, from the Lipper Global Data Feed and Morningstar. Thanks to my colleague Charles Boccadoro for adding the four-year performance metrics to the MFO Premium screener.

Those are very small performance differences, but they compound over time. A $10,000 investment in each of the three funds on the day INDEX launched would, four years later, have grown by 40.8 – 43.4%.

The INDEX manager attributes their long-term success to tiny daily gains they have from intelligent cash management. By way of example, since prices in the first few and last few minutes of the market each day are highly volatile, they choose not to execute trades then which gains them an advantage that’s small but that more than offsets the ETF’s small price advantage.

On whole, you’d be silly not to pocket the extra money given that all three vehicles do exactly the same thing.

If you would like to reap those higher rewards, INDEX has proven to be a worthy option. With expenses of just 0.25%, it’s very affordable especially when you combine it with a low $1000 minimum investment. Mr. Willis has been managing the fund for four years and he’s signaled his commitment to his investors by pouring substantial amounts of his own money into creating and maintaining an accessible, low-cost vehicle. 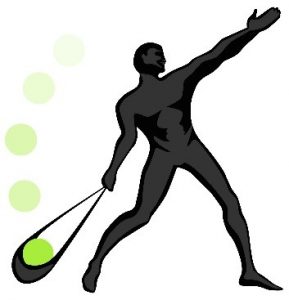 In the long-term, biases toward value, smallness and diversification have paid off handsomely. One attempt to calculate the returns of the equal-weight and cap-weight versions of the S&P 500 back to 1926 estimate that the equal-weight version outperforms the cap weighted version by 281 basis points per year; another, calculating from 1958, can EWI a nearly 350 bps year advantage. Skeptics of this approach, including our colleague Sam Lee, note that “there’s no such thing as a free lunch.” The higher returns come at the price of higher volatility, higher taxes as a result of more frequent portfolio rebalancing and the prospect of lagging badly during periods where mega-caps soar. All of which is true, though modestly so. For investors looking to de-FAANG their portfolios while maintaining exposure to the S&P 500 companies, INDEX offers a sensible, affordable option.