OSTGX pursues long-term capital appreciation. Their target universe is high quality, small- to mid-cap companies with the ability to generate rapid, sustainable revenue growth. The markers of quality include: (1) a distinct proprietary advantage; (2) a leading position in the industry; (3) potential for margin expansion; and (4) the presence of a strong management team. “Rapid revenue growth” translates to organic growth that averages 30% annually. It invests primarily in domestic companies; as of June 30, 2020, 11% of the portfolio is invested internationally though the prospectus permits up to 30%. As of June 30, 2020, just over 50% of the Fund’s assets were invested in securities within the health care and information technology sectors, slightly lower exposure than the end of March 2020.

Osterweis Capital Management. Founded in 1983 by John Osterweis, the firm manages $5.8 billion in assets for individuals, families, endowments, and institutions. The shared investment philosophy is to pursue assets with “acceptable downside risk and underappreciated growth potential.” The firm is owned by its employees and two outside directors. The firm advises the five Osterweis funds, two of which (Emerging Opportunity and Total Return) are both Morningstar five-star and MFO Great Owl funds (as of July 30, 2020). The assets in the five funds represent the great bulk of the firm’s AUM.

Jim Callinan. Mr. Callinan served as a portfolio manager for the Putnam OTC Emerging Growth Fund from 1994 to 1996. He was the Co-Founder & Chief Investment Officer at Robertson Stephens Investments and managed Robertson Stephens Emerging Growth and its RS-branded successor funds from 1996 until 2010. In 1999 Mr. Callinan was named Morningstar’s Domestic Stock Manager of the Year. In 2006, he launched a more concentrated and valuation-conscious version of the original strategy and found that he “strongly preferred it over a more diversified strategy.” In reaction to corporation restructuring and redirection at the fund’s parent, Mr. Callinan took the concentrated strategy to his own firm, Callinan Asset Management. Recognizing the limits of a one-man shop, he stayed on the lookout for a corporate partner. In 2016, he found that partner in Osterweis and brought his concentrated small cap growth strategy, Emerging Growth Partners, LP, and team aboard.

Mr. Callinan earned both his B.A. and M.B.A. at Harvard and his M.S. in accounting at NYU.

In addition to this fund, he manages $65 million in a handful of separate accounts. He is supported by two analysts, Matthew Unger and Bryan Wong.

Mr. Callinan is his fund’s single largest shareholder, owning 35% of its shares. Five of the firm’s other managers, including Mr. Osterweis, have chosen to invest in the fund. Only one of the fund’s six trustees has chosen to do so (per Statement of Additional Information, June 2020).

Osterweis plans to close the fund to new investors when they feel that the fund has reached a point beyond which they could execute effectively and protect the integrity of the fund for their clients. Given the targeted universe of companies in which they invest, their research tells them they should be able to effectively execute this strategy up to $1.5-$2.0 billion in assets under management. If they need to close the strategy, they plan to institute a “soft” close that would allow existing clients to continue adding to their positions over time, but they would not take on new investors in the strategy.

OSTGX has an active share of 97, which reflects a very high degree of independence from the benchmark assigned by Morningstar, the Russell 2000 Growth index.

November 30, 2016. Prior to that, the Fund operated as a partnership called the Emerging Growth Partners, L.P. from October 1, 2012, when Callinan Asset Management, LLC became the general partner.

$5,000, reduced to $1,500 for tax-advantaged accounts. The fund is available through Schwab, JPMorgan, Fidelity, Raymond James, TD Ameritrade, among others.

Bill Bernstein described small growth as “a miserable asset class,” and advised investors to avoid it. But they don’t. It’s the firecracker problem: in our analysis of 362 rolling 20 year periods, the best small growth fund has posted annual returns as high as 20.9%; that is, it averaged over 20% per year returns over a 20-year stretch. Nonetheless, average returns over the long-term are a little better than you find in larger, more stable stocks. Why? Because if you’re not exceptionally careful, skilled, seasoned, and disciplined, you can lose a lot by mishandling firecrackers; the average small growth fund has posted drawdowns of 55% over the past 20 years while returning 7.5% annually. A manager who made hundreds of millions by posting 290% returns in one year could lose billions by losing 93% in the succeeding three years.

And still the allure of “story stocks” and “ten baggers” is impossible to ignore.

Our advice: if you’re going to go there at all, you’d damn well better go with the best professional guide you can find.

Jim Callinan, with one of the longest and most distinguished records of any active small growth manager, might well be the guide you need. Mr. Callinan began his career as an equity analyst in the mid-80s and was a small-cap growth portfolio manager by the mid-90s. He’s managed through four market crashes and two of the longest bull markets in American history.  He’s managed both private partnerships and public funds and has handled as much as $6.8 billion in assets. Mr. Callinan describes himself as “still invigorated and still wanting to do well for shareholders” after having been through “a lot of wars.”

Four things you need to know in assessing the fund:

When you think of small-growth portfolios, you likely think of potentially-explosive 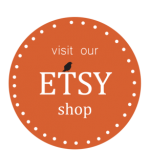 weirdness: firms that fund cannabis cultivation, energy storage in the clouds, implantable microchips, or some such. Mr. Callinan thinks Etsy. Right, that Etsy. He describes Etsy as “our archetypal stock” and “the sort of firm that’s the bread-and-butter of our portfolio.” The firm sold $348 million in face masks in the second quarter of 2020. The customer base is growing, the frequency of repeat sales is rising, and the prospect is that margins (35% currently) will rise with them. He argues that the firm has a great management team, huge growth potential in both sales and margins, and it was available at a substantial discount to its fair value (he began buying in the teens, the stock is near $120 in late August 2020). His view is that the pandemic has “steepening the curve” in accelerating our transition to life online; it is not, he argues, a short-term change but an enduring one which will have “transformative effects” across a range of industries.

The performance of the Osterweis fund reflects the longer-term performance of Mr. Callinan’s concentrated strategy. Here are the metrics from the launch of the mutual fund on 11/30/2016 through 7/30/2020:

Here’s how to read that. Since its inception, the fund has returned an average of 25% per year while its average peer made 13.3%. Osterweis investors have experienced surprisingly low volatility in the same stretch. While the fund’s standard deviation (a measure of day-to-day volatility) is a bit higher than its peers, its maximum drawdown and downside deviation (which measures just “bad” volatility) are lower.  In line with that, though not shown in this table, the fund’s performance during the December 2018 sell-off was the seventh-strongest of all 194 small cap growth funds and it ranked fifth-best of 201 funds during the early 2020 collapse.

All three standard measures of risk-adjusted returns (the Sharpe, Sortino, and Martin Ratios) are far more positive for OSTGX than for its peers.

What about the passive / ETF option?

In the long term, small stocks tend to outperform large ones. Over the past 3, 5, 10, and 15 year periods, though, small growth funds have lagged their large growth counterparts. Nonetheless, many small companies continue to outperform their stocks: growing, innovating, strengthening their finances, and deepening their leadership positions. Investors who suspect that the dominance of mega-cap growth stocks (the FAANGs and the indexes which are held hostage to them) is nearer its end than its beginning, should consider moving some of their assets to the sectors whose best days might be still ahead of them.

Such investments are risky, though potentially rewarding. Our first recommendation is to rely on a manager who’s succeeded through both the good times and the hard ones. Our second recommendation is to add Osterweis Emerging Opportunity to the due-diligence list for investors and advisers looking for sustained, risk-conscious excellence.

Osterweis Emerging Opportunity. There’s a reprint of a decent Business Insider article there which gives you some insight into Mr. Callinan’s view of the market’s next phase; it should probably be read in conjunction with the portfolio repositioning discussion in his current shareholder letter.