As of August 13, 2020, SouthernSun Asset Management bought Affiliated Managers Group’s interest in SouthernSun. As a result, SouthernSun is no longer affiliated with AMG; it’s now wholly owned by its employees.

AdvisorShares Vice ETF (ACT) has amended its prospectus to allow that “companies that derive at least 50% of their net revenue from the food and beverage industry” are sinful while, at the same time, “the Fund will no longer invest in cannabis or cannabinoid-related investments.” Let’s see: brownies = vice, unless they contain pot. Got it!

TIAA-CREF and T Rowe Price both filed equivalent, curious notices: their broad index funds (for example, the S&P 500 fund) will continue to track its benchmark index even if the funds becomes nondiversified as a result of a change in relative market capitalization or index weighting of one or more constituents of the index.

There’s a heads-up: serious people are beginning to plan for the contingency that the world’s largest indexes become so dominated by a handful of companies that they’re no longer diversified investments. 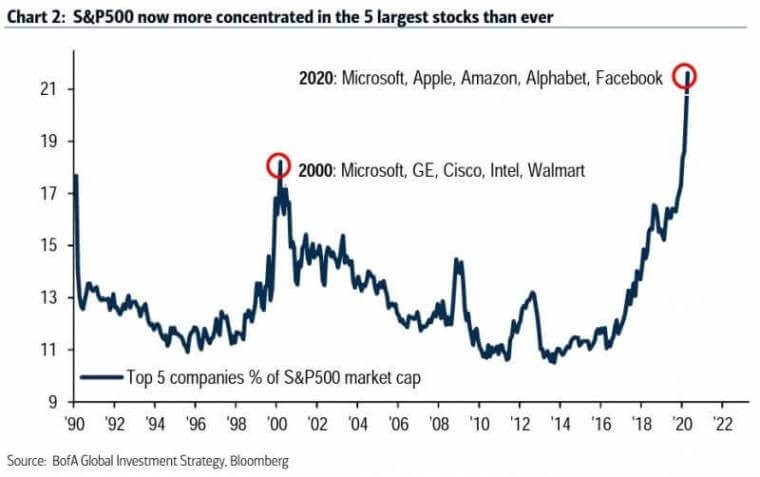 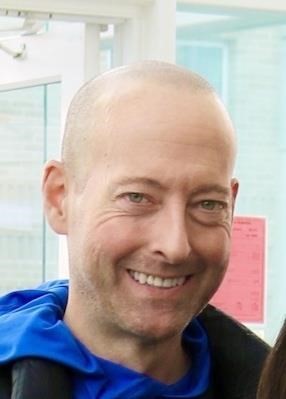 The folks at Thrivent were deeply saddened to share news of the death of Darren M. Bagwell (1967-2020). Mr. Bagwell was a portfolio co-manager for all of their funds, a vice president, and their Chief Equity Strategist. He passed away at Mayo Clinic in Rochester, Minnesota on July 16, 2020, after a long illness. Before joining Thrivent he worked at BOA and Robert Baird but was also the publisher of The Spin Off Report in New York. We join the folks at Thrivent in extended our profound sympathies to his wife Duyen, his son Macalister “Mac” (20) who is a senior at Stanford University, and his daughter Dakota “Kodi” (16), a Junior at Appleton North High School.

Cannabis Growth Fund (CANNX) has reduced the investment minimums for the Fund’s Class I Shares are lowered from $100,000 to $2,500 for initial purchases and from $5,000 to $100 for subsequent purchases. There are those who might suggest that “growth” is a misnomer. 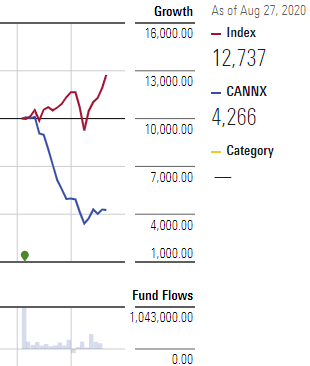 Grandeur Peak made several shareholder-friendly changes, effective September 1, 2020.  The fee waivers on three funds were modified to lower the cost of ownership:

Their intent, they explain, “is to share the economic success of these funds with shareholders. It has been our stated intent from the founding of the firm to share economic success with our team, our clients, and our local and global community.”

Grandeur Peak also lowered the minimum initial investment on their funds to $1,000 for folks who invest directly through them. (I do.) The intent here is to make it easier for young investors to get started. My preferred solution has always been to waive the investment minimum for accounts with an automatic investing plan (AIP) since folks are much more likely to keep investing if a modest sum ($50-100 or whatever) is drawn monthly (or quarterly) than they are if they have to get up the nerve to actually write a check or initiate a transfer. Still, a good move.

Meh, nothing that we noticed!

On or about October 12, 2020, Amplify Advanced Battery Metals and Materials ETF becomes the Amplify Lithium & Battery Technology ETF with a new sub-adviser.

On August 24, 2020, RG Tactical Market Neutral Fund (RFTIX) became RG Gold+ Fund (GLDPX). The “Gold” is gold (and other precious minerals); the “+” is cryptocurrencies. There was also a plan afoot for a reversal share split to boost the share price to $20, but that doesn’t seem to have happened yet.

Virtus Rampart Equity Trend Fund is becoming Virtus FORT Trend Fund because, well, Rampart has been shown the door and FORT Investment Management has been brought in. For those reluctant to invest with managers-with-training-wheels, the prospectus helpfully notes: “The Fund’s subadviser has not previously managed a mutual fund. Accordingly, the Fund bears the risk that the subadviser’s inexperience with the restrictions and limitations applicable to mutual funds will limit the subadviser’s effectiveness.”

The $54 million, one-star AB Unconstrained Bond fund (AGSRX) has closed and will be liquidated around October 9, 2020.

Ascendant Tactical Yield Fund (ATYAX) is scheduled to be liquidated on September 29, 2020, but it seems already to have disappeared from Morningstar’s website. Cold.

AllianzGI is systematically shutting down a bunch of funds over the next four months.

Camelot Premium Return Fund (CPRFX) will be liquidated on September 28, 2020.

The $4 million Comstock Capital Value Fund (DRCVX) is doing … something? I think it’s liquidating but this SEC filing is a bit obscure:

… approval of the Agreement and Plan of Reorganization, between the Company, on its own behalf and on behalf of the Fund, and a newly formed Delaware corporation and the transactions contemplated thereby, including, among other things: (a)transfer by the Fund of all of its assets to New Comstock, Inc. (“New Comstock”) (which has been established solely for the purpose of acquiring those assets and continuing the Fund’s business) in exchange solely for shares in New Comstock and New Comstock’s assumption of all of the Fund’s liabilities, (b) distributing those shares pro rata to the Fund’s shareholders in exchange for their shares of common stock therein and in complete liquidation thereof, and (c) liquidating and dissolving the Fund.

It’s in the nature of a bear fund that the long-term numbers look horrifying: $10,000 invested with the fund when it launched in 1985 would have been reduced to $1,350 today.

Delaware Government Cash Management Fund (FICXX) will liquidate and dissolve on or about Dec. 4, 2020.

A special meeting of Shareholders of Diamond Hill Research Opportunities Fund will, following shareholder approval, merge into the $2 billion Diamond Hill Long-Short Fund (DIAMX); the Reorganization is expected to occur on or about October 23, 2020. It’s a curious combination. The mostly-long Research fund has no assets but a substantially stronger record than its more traditionally long-short sibling.

ICON Risk-Managed Balanced Fund (IOCAX) lingers on in purgatory. The 17 ICON funds were slated to be merged in SCM funds, pending shareholder approval. So far, 16 funds have taken the plunge but the trustees have not been able to achieve a quorum from IOCAX shareholders. If they don’t achieve one by mid-September, they’re simply going to liquidate the fund. (A loss, really, to no one.)

Harbor High-Yield Opportunities Fund (HHYVX) liquidated on August 31, 2020. Not a terribly fund, just an unpopular one.

Matthews Asia Value Fund (MAVRX), a fine little fund, will be liquidated on or about September 30, 2020.

PIMCO Emerging Markets Currency and Short-Term Investments Fund (PLMAX) will close on November 20 and liquidate in early January. Those curious for an explanation might look at the fund’s 2020 asset flows: 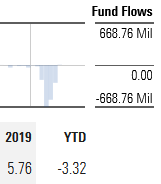 The $25 million Segall Bryant & Hamill Mid Cap Value Dividend Fund (WIMCX) will be closed and liquidated on or about September 17, 2020.

Stralem Equity Fund (STEFX) has closed to new investors and will be liquidated in the first few days of September 2020.

On or around November 30, 2020, the $430 million T. Rowe Price Institutional Core Plus Fund (TICPX) is expected to reorganize into the four-star T. Rowe Price Total Return Fund (PTKIX). They fall in the same Morningstar category but Total Return is smaller and stronger.

Vanguard U.S. Value Fund (VUVLX) has closed to new investors ahead of its planned merger into Vanguard Value Index Fund (VIVAX). The merger is expected in early January. Dan Wiener, editor of The Independent Adviser for Vanguard Investors and the industry’s sharpest outside commentator on all things Vanguard, reminds us that it has always been a quant fund, initially managed by GMO. After a few years of great performance and a few more of lagging performance, Vanguard decided to staple on a second management team from AXA Rosenberg, then fired GMO, then fired Rosenberg “under a cloud of mistrust.” Thereafter, Vanguard’s own internal Quantitative Equity team. Oops. “Performance has cratered,” Dan notes. Perhaps for slow learners, he adds “performance has been horrible,” sharing his disdain on its “ignominious 20th birthday. Presumably, “horrible” sorts of looks like “still underwater after 20 years.” 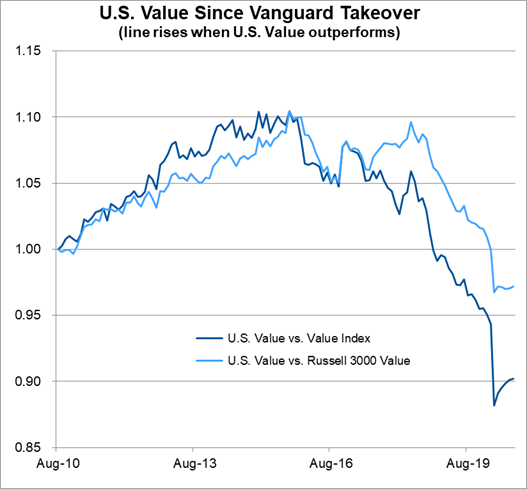 We’d been a little more generous about the fund in our original version of this announcement. Thanks, as ever, to Dan for making it a lot clearer for us (and you)!