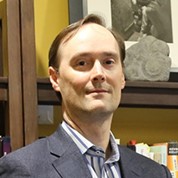 Mr. Ricketts began his career as an assistant to Frank Sands (1994-97), founder of Sands Capital Management. Over the course of the following two decades, he progressed from being a research analyst to portfolio manager and, from 2011-15, Executive Managing Director of the firm. Over the course of his career, the fund grew from managing $100 million to managing $40 billion. About half of that was in the strategy to which he contributed. Today it’s at $51 billion.

Which is to say, Mr. Ricketts brings a pretty distinguished background to his new position. He is supported by one of his former research analysts at Sands, Jonathon Ansley, and Dan Ayre, who served as an analyst for the Ricketts Family Office.

His emphasis at Sands Select Growth was on finding high-quality, sustainable growth businesses. Evolutionary Tree represents either an explicit articulation of that discipline or, to borrow the phrase, an evolution of it:

We believe wealth creation is driven by profound innovations that power the evolution of technology, business models, industries, and the economy as a whole.

This unique evolutionary lens is the key to building innovation-focused, concentrated-growth portfolios for high-net-worth and institutional investors.