Welcome to autumn. It’s a season of such russet-gold glory that even Albert Camus (remember him from The Stranger and The Plague?) was forced to surrender: “Autumn is a second spring when every leaf is a flower.” It’s the time of apples and cinnamon, of drives through the Wisconsin countryside, and of gardens turning slowly to their rest.

Well, short drives through the Wisconsin countryside, anyway. Rather than the leisurely two-day circuit of western Wisconsin’s creameries, breweries (a nod to New Glarus), and orchards, I’ll mask-up and dart north to Gays Mills where I’ll try not to surrender entirely to the call of the orchards. You’d be amazed at the variety of flavors found in apples; there are about 200 varieties grown in the US, with the average grocery store stocking just a half dozen (including that flavorless favorite, Red Delicious). October is the month for Haralson and King David, Jersey Sweet and Sansa, Burgundy, and Dick’s Delicious. Heck, you might find a few Lura Red or Wolf Rivers left if you’re lucky. Me, I’m praying for Golden Russet.

All of which I will buy in excess, and haul back as a source of good cheer for family, friends, colleagues, and students. (Perhaps even a stray dean or two.) 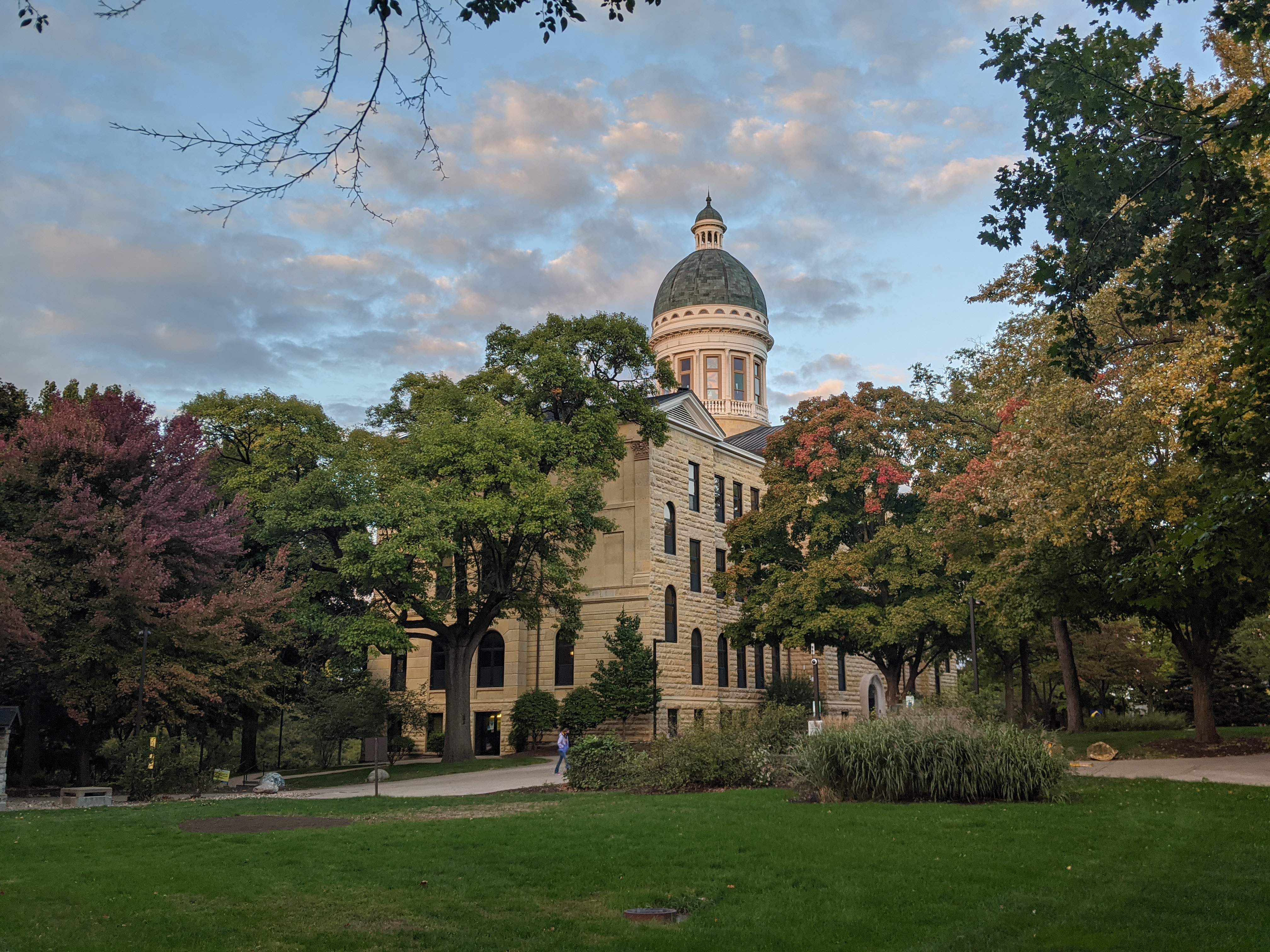 So open the windows, unpack the flannel, raise high the cup of cider. Summon the children, light the bonfires, deploy the marshmallows!

The Matthews Migration Mystery – half solved

We reported in September on the departure of managers Tiffany Hsiao, YuanYuan Ji, Beini Zhou, and Anand Vasagiri for “parts unknown.” We are pleased to report that their parts are now known: all decamped to positions with Artisan Partners. We only sort of know what they’ll be doing there. Messrs. Zhou and Vasagiri will be managing the forthcoming Artisan International Small Cap Value Strategy. Sadly, they will not be managing it for you. Folks at Artisan confirm that “we do not expect to offer a publicly offered fund at this time.”

Ms. Hsiao’s plan is less clear. Citywire USA reports that “a spokesman for Artisan declin[ed] to give any more detail on what her role will involve and what funds she may manage.” (Margaryta Kirakosian, “Former Matthews star PM Tiffany Hsiao joins Artisan Partners,” 9/24/2020).

Artisan is a remarkable organization, marked by high levels of professionalism and strategic thinking. That’s allowed them to thrive when other worthies have withered. A graphic from a July 29, 2020 conference call with investors gives some hint of their hopes for Ms. Hsiao. Eric Colson, Artisan CEO, shares this snapshot of how Artisan’s AUM is divided. 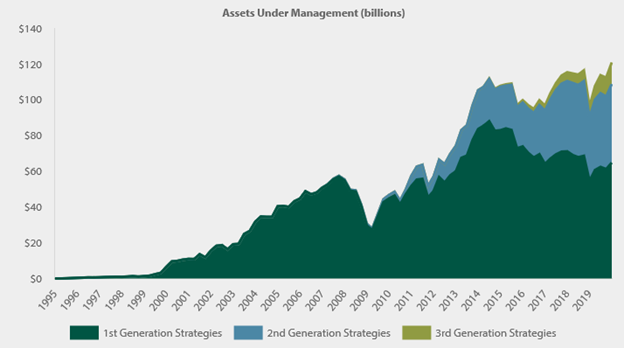 His gloss on that graphic explains what’s happening the leading edge of Artisan’s business.

I want to return to the subject of thoughtful growth.

Over the years, our business expansion has occurred when we matched our talent-based, high value-added model with secular change in the industry.

We usually talk about these expansions by reference to our investment strategies. But there is much more to it than that. We align investment strategies with asset allocation trends, distribution resources, the right investment vehicles, and operational support. For example, with our Second Generation business, we expanded into global oriented strategies, leveraging global institutional consultants, and using UCITS pooled vehicles. More recently, with our Third Generation business, we have built out operational support for greater degrees of investment freedom, tapped further into the high net worth channel, and used private fund structures.

So we have the confluence of the conversations that surely must have occurred by then – the Matthews folks left less than five weeks later – and the recognition that the firm needed to strengthen its ties to high net worth individuals and to “private fund structures.”

The Trump administration continues to pursue rule changes that would make it harder for employers to offer ESG- or sustainable fund options as part of their retirement portfolios.

At the same time, yet another federal report highlighted the risk that climate change poses to lives (and investment portfolios). The US Commodity Futures Trading Commission released “Managing Climate Risk in the U.S. Financial System” in early September, 2o2o. It’s the first federal report on the effects of climate change on Wall Street. Their conclusion echoes concerns expressed by a variety of other federal bodies:

Climate change is already impacting or is anticipated to impact nearly every facet of the economy, including infrastructure, agriculture, residential and commercial property, as well as human health and labor productivity. Over time, if significant action is not taken to check rising global average temperatures, climate change impacts could impair the productive capacity of the economy and undermine its ability to generate employment, income, and opportunity.

They argue that we need to set a market price on carbon and that “financial innovations, in the form of new financial products, services, and technologies, can help the U.S. economy better manage climate risk and help channel more capital into technologies essential for the transition.”

It’s striking that the report was written “by dozens of analysts from investment firms including Morgan Stanley, S&P Global and Vanguard; the oil companies BP and ConocoPhillips; and the agricultural trader Cargill, as well as academic experts and environmental groups” (“Federal Report Warns of Financial Havoc From Climate Change,” New York Times, 9/8/2020). The Commissioners, all of whom were appointed by Mr. Trump, unanimously endorsed the report.

We’ll continue to try to keep you apprised on the best research we find, and of the investment options that may help you address these challenges.

September 17, 2020, marked the one-year anniversary of the launch of Grandeur Peak’s Global Contrarian fund. It represents Grandeur Peak’s take on value investing. Founder Robert Gardiner noted that “We waited eight years to launch Global Contrarian, the timing feels right to us. While much has changed over the last year, we believe the pandemic is giving us significant contrarian opportunities for long-term investors looking beyond the next 12 months.” If the first year’s performance is any indicator, they’ve done a good job of pursuing those opportunities: Contrarian is up 10% in its first 12 months, while the MSCI All-Country World Small Cap Value Index had declined -7.26%. It’s pretty remarkable to post an 1800 bps advantage over your benchmark. Manager Mark Madsen modestly suggests that it’s “a solid place to hide out in an expensive market.”

The fund has $13 million in assets and remains open to new investors. We’ll inquire further for you in the months ahead.

Thanks for the MFO Premium stalwarts

We try, each month, to thank the folks whose support makes the Observer (and MFO Premium) possible. We’d like to give special recognition this month to the folks who have faithfully supported MFO Premium since its launch in 2015. And so, huzzahs, mugs and the offer of really good apples if they drop by the house, to Stephen Acciani, Dennis Baran, Brian Boehler, James Fleming, Radey Johnson, Mike Marston, Sigrid McAfee, William Murray, William Neel, Fitz Pannill, Nancy Parkinson, Vadim Pertsov, Michelle Pogrebin, Joseph Schunk, Floyd Tuler, Leah Williams, William Williams, and Frederick Wuenschel.

Thanks to Wilson from Massachusetts and the folks at S&F Investment Advisors for their ongoing support, and to our faithful monthly contributors Gregory, William, the other William (had I mentioned that my first name is William? As is my son’s and was my father’s, grandfather’s and other grandfather’s? Pop-pop was the original other William), Matthew, Brian, David, and Doug.

And finally, to folks who reached out this month: Benjamin, Mark, and Michael (if you’d share an address, good sir, we’d share thanks!).

You make a difference.

In his latest blog post at MFO Premium, our colleague Charles Boccadoro celebrates … or mourns … a new milestone: our screener has now passed the 10,000 mark for the number of funds, CEFs, and ETFs it screens for. Passed by a little, anyway: 10,007. Charles shares details in his latest blog post An Overkill of Funds. While most of MFO Premium is available only to folks who make a tax-deductible contribution of $120 or more, several tools on the premium site remain available without donation or subscription, including Great Owls, Three Alarm (and Honor Roll) Funds, QuickSearch, and Risk Profiles.

For now, with a fresh COVID-negative test in hand, Charles is visiting family in New England then will settle back into the task of crunching the September data drop Saturday, which he hopes to post later this weekend.

Readers who are also professional investors might consider attending David Sherman’s SPAC Teach-in, October 15th at 2:00 Eastern. SPACs, Special Purpose Acquisition Companies, are a vehicle used to raise money through an IPO to buy another company. CNN dubbed 2020, “The Year of the SPAC” for their dramatic rise in popularity. Collectively, SPACs raised over $20 billion in funding through August.

In any case, David recently talked to the Global Value Investing class at NYU’s Stern School of Business on SPACs and their significance. He’ll reprise the talk for an online audience and invites you to drop him a note if you’d like to join in.

The road between here and there is rocky. Our weariness from the journey has left so many of us feeling fragile and tired, subject to bouts of mania and depression. October has never been a kind month for investors, and yet Bank of America reported October 1 that our (manic) colleagues on Wall Street just recorded the highest level of optimism since the start of the pandemic. That was just ahead of news of Mr. Trump’s positive COVID test and a sudden reversal of sentiment. Somewhere in there comes the hourly “will they / won’t they” news on additional federal action to support the economy, always illustrated with spectacularly unflattering pictures of one congressional leader or another.

The road between here and there is rocky. Travel it carefully. If you’ve made a plan, this is probably not the time to cast it aside and rush one way or another. If you haven’t and you share MFO’s bias toward caution, feel free to browse our recent issues. We continue to try to offer both perspectives and suggestions for strategies that have worked and managers who have weathered the storm.

And we’ll look for you again next month.